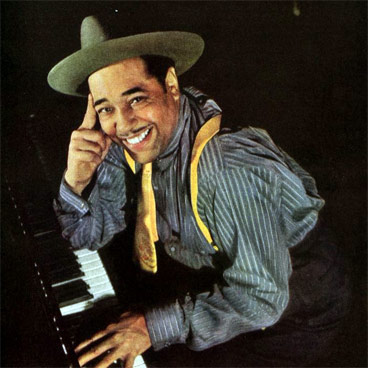 Every January 23, one of the great anniversaries in America’s music slips by without much attention. It was on this date, in 1943, that Duke Ellington held his first Carnegie Hall concert.

It was the first Carnegie program dedicated entirely to the compositions of a black composer. It was also one of the first attempts to bring jazz tried into the world of serious “art music”—the realm of experimental music where new rhythms, sounds, and styles are attempted.

This was still a radical idea in 1943, when the musical world was a land with well defined borders. Jazz was still classified as “popular” music, principally intended for dancing not listening.

In 1924, George Gershwin had tried to merge jazz and classical traditions with his “Rhapsody in Blue.” The critics of important periodicals had tossed him a few crumbs of praise but had generally dismissed the work.

Almost twenty years later, they were no more generous to Ellington after his Carnegie concert, though Maurice Zolotow, who wrote “The Duke of Hot” for the Post that August noted that the Duke has plenty of prestigious admirers. Just before the concert began, Ellington was presented with a plaque honoring his contributions to music. It was signed by Leopold Stokowski, Artur Rodzinski, Fritz Reiner, Deems Taylor, and others — America’s foremost conductors and musicologists.

At this concert Ellington gave the world premiere of his “Black, Brown and Beige,” the longest swing tune ever written. It lasted forty-five minutes and stunned the Carnegie Hall audience. Ellington described it as a tone poem, a musical history of the Negro in America from slavery to the present time.

The music critic of the New York Herald Tribune remarked the next morning, “Duke Ellington is the only jazz musi­cian whose programs have enough musi­cal interest to be judged by the same standards one applies to art music.” The critic of the Harlem People’s Voice stated, “He is the articulate spokesman for the existence of a new Negro with a new point of view.” And the jitterbug viewpoint was less sedately expressed in Downbeat. The jive periodical head­lined: DUKE KILLS CARNEGIE CATS!

Generally, though, the critics were dismissive. Ellington filed the work away and never recorded it. But he never abandoned his goal of breaking new ground for jazz and enabling it to express the spirit of his times and his people.

America never doubted his mastery of the popular melody.

The man, who is considered by musicians themselves to be the supreme master of the music that swings, has composed some 950 tunes, including “Black and Tan Fantasy,” “Solitude,” “Mood Indigo,” “Sophisticated Lady,” “In a Sentimental Mood,” and his current hit, “Don’t Get Around Much Any More.”

But a growing number of music lovers, especially symphonic composers of the time, were fascinated by the innovation they heard within his works.

Some of Ellington’s most advanced jazz compositions—“Reminiscing in Tempo,” which takes up four sides on records, or “Diminuendo and Crescendo in Blue,” which takes up two sides—require two or three attentive listenings until they make sense, and a num ber of critics compare the later Ellington to Stravinsky and Ravel.

Stravinsky himself compares Ellington to Stravinsky, and when the ultramodern Russian com­poser visited New York several years ago and was asked by a reception committee what he wished to see in the metropolis, he replied that the first thing he wanted to do was to chase up to Harlem and hear Duke Ellington’s magnifique jazz symphonies at the Cotton Club. The reception committee had never heard of the Cotton Club.

European audiences, which were hearing Ellington’s music for the first time, responded as if these works were the next development in the classical tradition. When Ellington performed overseas, he found

The programs were annotated in scholarly style. The critics read ponderous implications into his tunes. After a concert in Utrecht, Holland, a Dutch critic wrote concerning a number called “The Mooche”: ‘I feel in this piece a conflict of two elemental forces: the one the violence of Nature, which is in an eternal struggle with the other, the force of Man, a more melan­choly, restrained and mental force.’

Ellington was pleased, and bemused, by these interpretations. The true inspiration of his increasingly complex music, he readily told anyone, came out of the history and experience of black Americans.

“People think,” Ellington likes to ex­plain, “that Negro music is different mainly because of the strong rhythm. But they don’t appreciate that the Negro, besides being full of the beat-beat-beat, also has terrific changes of mood and changes of pace, and he has greater ex­tremes of emotion and quicker changes of mood than other groups of people. And that is what our music expresses. And that is why I suppose it seems com­plicated to some people. Well, the Negro is a complicated person; that’s what some people don’t understand.”

It’s difficult now to get a sense of how Ellington and other jazz musicians—both black and white—re-defined American culture. The adventurous, explorative style of jazz—dismissed by Ellington’s 1943 critics as “formless and meaningless” and “too complex”—has become one of our greatest contributions to world culture. As described at this week’s White House jazz concert for Chinese president Hu Jintao, it is “quintessentially American.”