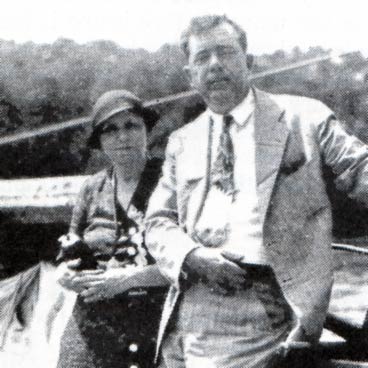 American politics got boisterous in the early 1930s. With the Depression deepening, banks and businesses closing, Americans lost confidence in their leaders. They yearned for new voices with new ideas— particularly in the farmbelt and rural south, which had been hit hardest.

In Louisiana, voters turned to the radical populist Huey Long, a long-time foe of the state’s established politicians and businesses. Long served as the state’s governor from 1928 to 1932, then took his idea to “share the wealth” to Washington.

Meanwhile, in Arkansas, Senator Thaddeus Caraway died expectedly. As often happened, the governor appointed the senator’s widow to complete his term. The appointment was confirmed in a special election held on January 12, 1932, which made her the first woman elected to the U.S. Senate. According to coverage in the Post that year,

this election had been a gracious gesture on the part of the Arkansas politicos and nothing more. Had Thaddeus Caraway died three days later than he did, no election would have followed. The remainder of his term would have been filled by appointment. As is often done in similar cases, the governor would have appointed Thad Caraway’s widow.

As matters stood, however, the Arkansas politi­cians had to call an election. Not only that, but they found themselves unable to agree on which of their own number was to fall heir to the Caraway toga. Rather than come to grips over a seat which, at best, could be warmed but a year or so, the state central committee compromised by declaring Mrs. Caraway the Democratic nominee. Democratic nomination in Arkansas is tantamount to election. Mrs. Cara­way thus became the first woman elected to the United States Senate.

Hattie W. Caraway tried to be more than just a symbolic senator in her short stay in Washington, but she had little experience in public service, and few of her colleagues in Little Rock or Washington took her seriously.

Washington had never devoted much of the lime­light to Mrs. Caraway, save for an occasional special article in one or another of the newspapers, describing her as “a demure little woman who looks as though she ought to be sitting on a porch in a rocking-chair, mending somebody’s socks.”

After the Arkansas bigwigs, because of internal jealousies, selected Mrs. Caraway to serve out the remainder of her husband’s unexpired term by way of compromise, they amiably forgot all about her and focused their activities at once upon their own cam­paigns.

Six men entered the Democratic sena­torial primary. All six began to jockey for support here, there, and everywhere. Mrs. Caraway received not a second thought; not even when, at the eleventh hour, she filed her name as a candidate and enlarged the list to seven. It is doubtful that her candidacy was ever seri­ously regarded prior to August first, one week before Election Day.

And that’s when the Kingfish stepped in, bringing his powerful campaign machine and his ability to tap the seething resentment of voters.

Hattie Caraway had made an ally of Huey Long months before when the Long, freshly sworn in as senator, proposed a resolution to limit Americans’ annual income to one million dollars [roughly equivalent to $14 million today]. Any income beyond this would be turned over to the government to fund jobs programs. Such ideas obviously earned him enemies among the rich, but adulation among the poor.

Long’s resolution was greeted with polite, bemused, but firm rejection.

With a paternal smile, the Demo­cratic leader, [Arkansas] Senator Robinson, turned thumbs down on the resolution. Things then began to happen. Huey Long immediately resigned all of his committee appointments, declaring he would have no honors conferred by a party leadership, which had betrayed a party principle.

He delivered n speech, “The Doom of America’s Dream,” in which he went into detail as to what would happen to the United States if wealth were further concentrated in the hands or the few.

Few had supported Long’s resolution, but senator Hattie Caraway was among them. Long remembered this when he heard she’d announced she would seek re-election. The fact the candidate was a widow appealed to his sense his chivalry. The fact that a bank had foreclosed on her mortgage while she was in Washington stirred his outrage. And the fact that she opposed his enemy, Arkansas Senator Joe Robinson, made it a fight he couldn’t ignore. He fired up his campaign squad and, with little more than a week before the election, he hit Arkansas so hard he left it stunned.

Next: Campaigning with the Kingfish