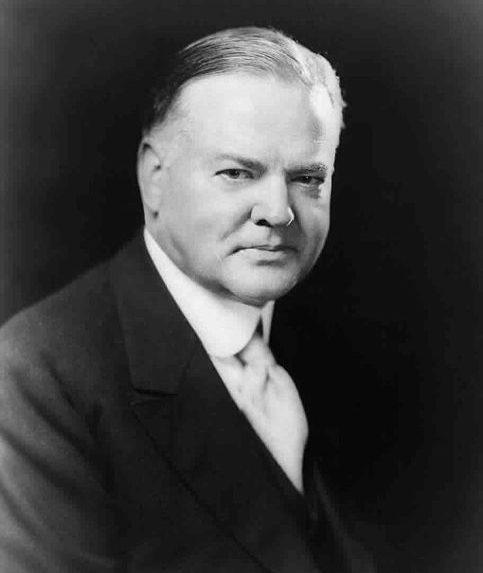 Long before he became president of the United States, Herbert Hoover had experience helping people during large-scale crises. He engineered protective barricades in China during the Boxer Rebellion of 1900. In the onset of World War I, he was selected by the American Consul General to coordinate the evacuation of 120,000 American tourists from Europe. As U.S. Food Administrator he developed a plan that fed Allied soldiers in Europe and avoided rationing at home, and after the Great War, he organized food shipments to millions in central Europe and Soviet Russia.

But Ill-fated words from his 1928 campaign speech, “We in America today are nearer to the final triumph over poverty than ever before in the history of any land,” the subsequent stock market crash, and what some view as bad economic policies have branded him as one of the worst presidents in our nation’s history.

Herbert Hoover was a long-time contributor to the Post. His article, “Some Notes on Industrial Readjustment,” published 10 years before the Great Depression, may provide some insight into Hoover’s conservative approach to problems during the Great Depression. The following excerpts are taken from this article:

…[T]he attempt to solve great human and economic problems by governmental use of the courts instead of seeking solution from the legislatures is indeed further evidence of need for careful thinking.

When all is said and done, labor, whether with hand or mind, is the only excuse for membership in the community.

No scheme based on political appointment has yet developed the ability to replace competition in its selection of ability and character in management, and no government under the pressure of local political influences can properly conduct the risks of initiating extension and improvement.

In any event, until our Government abandons its method of war finance by way of gigantic inflation of credit and consequent stimulus to speculation there will be little relief from profiteering and its bitter interpolation into the cost of living.

You can read “Some Notes on Industrial Readjustment” in its entirety below: