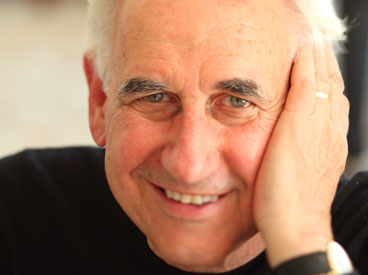 Over the next few years I got caught up in my life in Weymouth and only occasionally made it into the city. But when I was a sophomore at Brown, I happened to have another life-changing episode in the Back Bay. That summer a friend from MIT offered to let me use his fraternity room on Beacon Street while I was working as a freight handler at Logan Airport. My parents weren’t thrilled with the idea, but I did it anyway, even though it meant losing access to the family car. How could I turn down having a place in the city where I could be my own man?

Sadly, it didn’t work out that way.

On my first day, I lost my key to the fraternity and nobody answered the door when I arrived late at night after work. So I went around back, somehow found a ladder, and started climbing into a window. At which point I looked up and saw the barrel of a 12-gauge shotgun staring me in the face.

I had to talk fast. The gunman was an angry upperclassman who had woken up and pulled out his rifle thinking that I might be the back alley rapist who had been terrorizing the neighborhood for the past few weeks. When I gave him my friend’s name, he lowered his shotgun and let me in. But after that flubbed entrance, he and his frat mates treated me as if I were an interloper. Which was fine with me, because their idea of fun was watching corny old sci-fi movies every night. Their favorite was The Thing.

That weekend I had scheduled a date with my girlfriend, Ginger, who lived in one of the city’s tonier western suburbs. But as I was preparing to leave, I got a puzzling phone message from her saying she wouldn’t be able to make it. She didn’t answer my calls and a few days later sent me a letter telling me that she wanted to break up. The letter was so vague and convoluted I figured that she must have written it under pressure from her mother, who didn’t like me.

Ginger’s mom was an unabashed snob. She claimed to be a direct descendant of Sir Francis Drake and had dedicated an entire room in her house to pictures of The Golden Hinde and other mementos of her famous relative. (She didn’t think it was funny when people–including me–pointed out that Drake was a slave trader and essentially a state-sponsored pirate.) To her, I was a threat on every level. Her worst fear was that, if our love affair continued, Ginger might end up stuck living in a garret someday with a penniless dreamer of dubious pedigree–namely me. And apparently Ginger wasn’t strong enough to stand up to her.

Frustrated by not being able to reach Ginger, I took a train to her house early in the morning to see if I could talk to her in person. It was a desperate act. I’d worked a double shift the night before and hadn’t gotten much sleep. To make matters worse, I’d foolishly decided to take along a giant pink pinata I’d bought for Ginger because I thought it might get a laugh.

It was barely dawn when I reached Ginger’s house and plopped the pinata down on the front lawn. All the lights in the house were out, so I picked up a handful of pebbles and tossed them against what I thought was Ginger’s window. Suddenly her mother appeared at the front door dressed in her bathrobe and slippers, glaring coldly in my direction.

“What are you doing here?” she said.

“I want to talk to Ginger,” I replied.

“What’s this?” she asked, pointing at the pinata.

“That’s nice, but she’s not here right now. I’ll let her know you came by.”

I knew she was lying, but I couldn’t see anyone else stirring in the house.

“How did you get here?” she asked.

“Get in the car. I’ll give you a ride back to the station.”

“No, thanks. I think I’ll just sit here and wait.”

The ride back to the station lasted forever. When we finally reached the parking lot, Ginger’s mom put her hand on my arm and told me a story about this guy she was madly in love with in high school who she decided not to marry because it would have hurt her parents. She talked about how glad she was now that she had made that decision because it was the sensible thing to do. I didn’t buy it. The whole time she was telling me this story her eyes were rimmed with sadness.

“You’ll thank me for this someday,” she said as I opened the door to leave. “You’ve got your whole life in front of you.”

On the train ride into town all I could think about was how disastrous my latest adventure in the Back Bay had turned out. I was no longer the fresh-faced high school boy searching for inspiration. I was playing a different kind of game now with much higher stakes. And the days when I could slide by as a starry-eyed romantic were quickly coming to an end.

The next day, I left the fraternity and returned home. During my final week on the job, my boss gave me a free flight to the San Francisco Bay Area and I stayed in a funky hotel in Berkeley where everyone seemed to be stoned all day long. It was the summer after the Summer of Love, and I was smitten. A couple years later, after I graduated from college, I strapped on a backpack and headed west. I’d grown weary of the East Coast with its rigid, stratified society and its outdated, puritanical style of life.

I was looking for something new to capture my imagination. Along the way, I realized much later, I discovered the life Ginger’s mom was talking about.