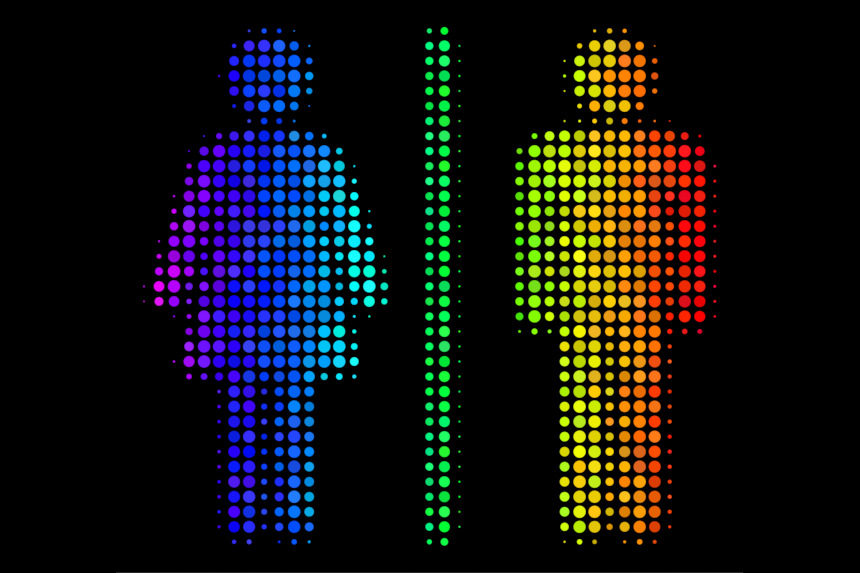 Though cisgender is relatively new to the English language — dating only back to the 1990s — it’s formed from a root and a prefix that go back centuries. And it’s practically impossible to talk about the roots of cisgender without first looking at its opposite: transgender.

Transgender people — who were assigned a gender at birth, based on their sexual organs, that conflicts with their internal knowledge of their own gender — have always existed. But because of social, religious, and legal pressures, such people were long forced to hide what was considered aberrant behavior.

But things changing in the 20th century. Transgender people slowly became more visible, and therapies beyond attempts to “cure” them became more common and more widely accepted. Though Christine Jorgensen is well-known as the first American to undergo a sex change operation, in the early 1950s, hers was not the first surgical transition. The German physician Magnus Hirschfeld was offering hormone therapies and performing gender reassignment surgeries — now more commonly called gender confirmation surgeries — 30 years earlier. (Sadly, records of much of his groundbreaking work were lost to the Nazi book burnings of 1933.)

But 100 years ago, English — indeed most languages — didn’t have the words to describe these concepts, so people created them. As you can imagine, there were plenty of offensive and demoralizing coinages, but even the scientists’ more neutral suggestions — like Hirschfeld’s transvestite or Alfred Kinsey’s transsexual — had problems.

The prefix trans- comes from the Latin preposition that can mean “across, over, beyond,” or in this case “on the other side of.” Transgender, then, indicates a person whose gender is “on the other side” of the one they were assigned at birth.

But the growing adoption of transgender left a hole in the language: By what word do we call a person who is not transgender? This is where cisgender came in during the 1990s. The prefix cis- (pronounced “sis”) is simply the opposite of trans-; cis is a Latin preposition meaning “on the same side.”

A cisgender person, then, is one whose gender is identical to (“on the same side as”) the one they were assigned at birth.

The cis- prefix doesn’t get much play outside of scientific circles these days. It was more common in the past, though. In 1823, for example, Thomas Jefferson penned a letter to President Monroe in support of what would be called the Monroe Doctrine, writing, “Our first and fundamental maxim should be never to entangle ourselves in the broils of Europe, our second never to suffer Europe to intermeddle with cisatlantic affairs.” Keep Europe out of the affairs of this side of the Atlantic, he’s saying, and keep America out of affairs on the other side of it.

Cisgender is probably the most common cis- term in use today. And because it and other words surrounding gender identity are being used more and more, here are a few things you should keep in mind:

This column’s focus is on the history and evolution of our language, but this topic is obviously more complex and multifaceted than just the words we use to talk about it. If you would like to learn more about the transgender community — including the language issues that arise from it — I recommend checking out the websites for the National Center for Transgender Equality and GLAAD.