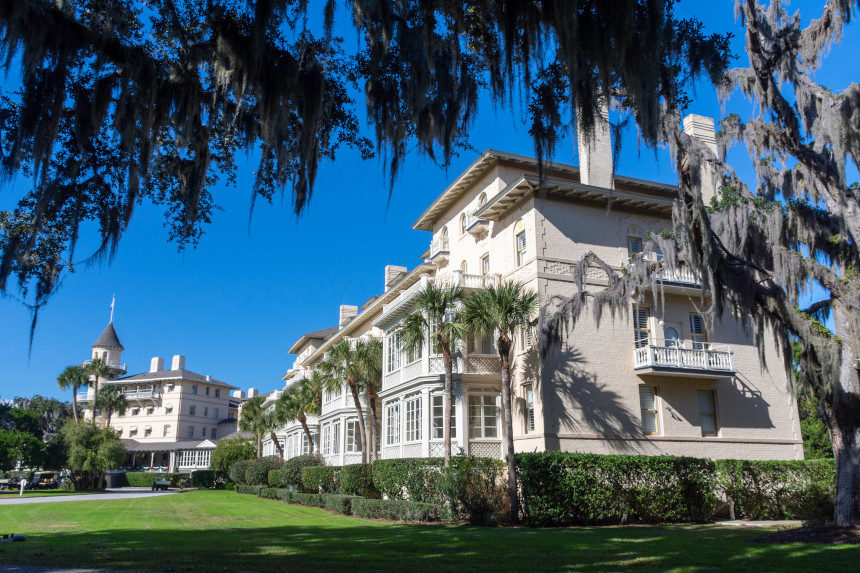 Following the bank panic of 1907, Congress created a commission to develop a sound national monetary system. But before any public debate on the matter, committee chair Senator Nelson W. Aldrich invited a select group of banking and government insiders to a secret meeting at the isolated Jekyll Island Club on the Georgia coast. This article, written by one of the participants 25 years after the meeting, shed new light on the birth of the Federal Reserve Act.

—From the article “Farm Boy to Financier — Stories of Railroad Moguls,” in the February 9, 1935, issue of The Saturday Evening Post

Despite views about the value to society of greater publicity for the affairs of corporations, there was an occasion, near the close of 1910, when I was as secretive — indeed, as furtive — as any conspirator. None of us who participated felt that we were conspirators; on the contrary, we felt we were engaged in a patriotic work. We were trying to plan a mechanism that would correct the weaknesses of our banking system as revealed under the strains and pressures of the panic of 1907. I do not feel it is any exaggeration to speak of our secret expedition to Jekyll Island as the occasion of the actual conception of what eventually became the Federal Reserve System.

Congress, after 1907, had realized that something had to be done to strengthen our banking system. To provide itself with a better understanding of the problem, there had been appointed a joint commission of 25 members of both houses, under the chairmanship of Senator Aldrich, who was, on the whole, the best-informed and the most dominant man in Congress on financial measures. This group had gone to Europe, had interviewed bankers and the heads of the central banks, and then had returned to the United States without a definite idea of what they ought to do.

As the time for the assembling of Congress drew near, Senator Aldrich became increasingly concerned. There ought to be, he knew, a bill to present to the new Congress, and none had been drafted. This was how it happened that a group of us went with him to the Jekyll Island Club on the coast of Georgia.

Since it would be fatal to Senator Aldrich’s plan to have it known that he was calling on anybody from Wall Street to help him in preparing his report and bill, precautions were taken. Those who had been asked to go were various bankers, including myself. From Washington came the Assistant Secretary of the Treasury, and others. We were told to leave our last names behind us. We were told, further, that we should avoid dining together on the night of our departure. We were instructed to come one at a time and as unobtrusively as possible to the railroad terminal on the New Jersey littoral of the Hudson, where Senator Aldrich’s private car would be in readiness, attached to the rear end of a train for the South.

When I came to that car, the blinds were down and only slender threads of amber light showed the shape of the windows. Discovery, we knew, simply must not happen, or else all our time and effort would be wasted. If it were to be exposed publicly that our particular group had got together and written a banking bill, that bill would have no chance whatever of passage by Congress.

We were taken by boat from the mainland to Jekyll Island and for a week or ten days were completely secluded. We worked morning, noon, and night. At the end of our week, we had whipped into shape a bill that included what we felt, pridefully, should be presented to Congress. We returned to the North as secretly as we had gone South.

It was agreed that Senator Aldrich would present the bill we had drafted to the Senate. Congress was about to meet, but on a Saturday we got word in New York that Senator Aldrich was ill. Another participant and I went on to Washington and together we prepared the report, which would become known as the Aldrich Plan. If what we had done then had been made known publicly, the effort would have been denounced as a piece of Wall Street chicanery, which it certainly was not.

As is now well known, the bill we drafted did not get through Congress. Although the Aldrich Federal Reserve plan was defeated, we had together laid the essential, fundamental lines which ultimately took the form of 1913’s Federal Reserve Act.