Of course, the children haven’t been frightened by Papa’s snoring, but by the awful sounds of Nature on an electrical rampage. So mother will gather them in her arms and love away their fear—mustn’t it be wonderful to be a mother? If that lightning is bedeviling a far-north state, it should signify the breaking up of a winter which certainly needed breaking up; and yet not long ago some northern areas had thunderstorms followed by the blankety-blankest descent of snow for thirty-something years. Let’s leave forecasting to the weatherman, who is welcome to it. Coby Whitmore’s man of the house, buried there in the bed, must be the deepest sleeper this side of the proverbial log. How does mother get him up mornings—rap on his head with the book? 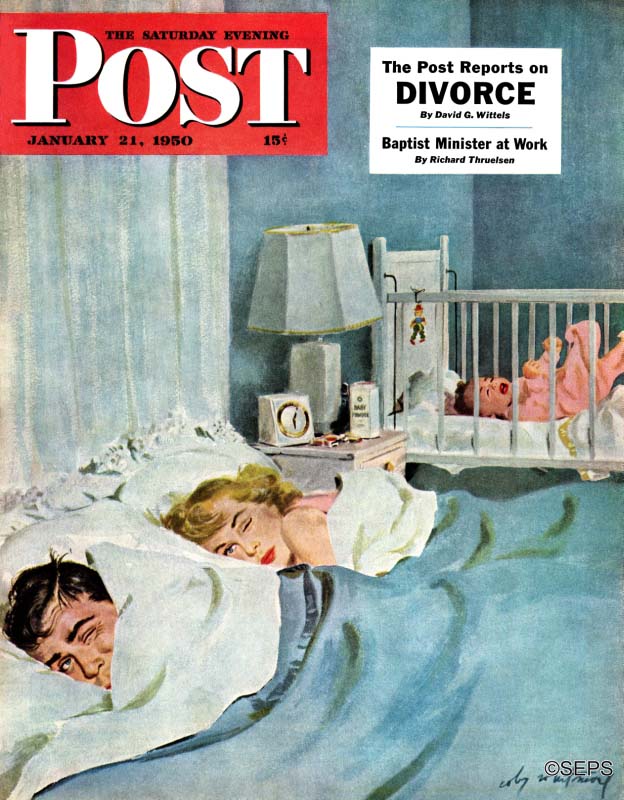