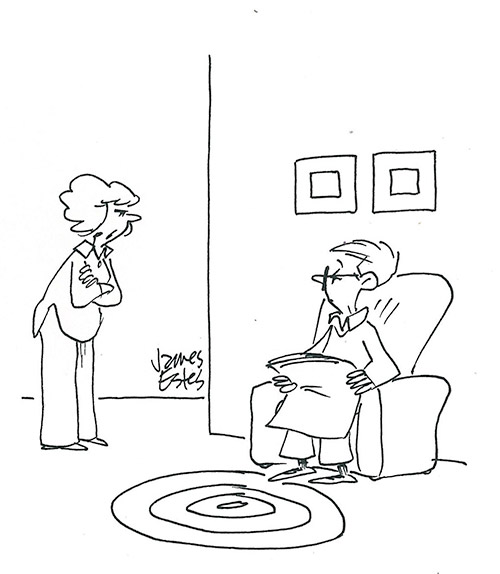 News of the Week: Snow, Shih Tzus, and SNL

I just looked out my window, and it’s snowing again. Or maybe it’s snowing “still,” I’m really not sure. When you have this much snow in this short a time frame it really doesn’t matter; the days just seem to melt into each other (and that’s the only thing that’s melting right now). The snow is piled 7 feet high on either side of my walkway, and you can’t even see the numbers on the side of the house anymore. Another storm coming this weekend.

This guy has had enough too. He spent a lot of time digging out a parking space for himself and even put a space saver in the spot so others in the neighborhood would know it was already taken, but when he got home from work later that night someone else had parked a car in his space.

Guess what he did.

I remember watching the very first episode of Saturday Night Live when I was around 9 years old, so last weekend’s 40th anniversary TV special makes me feel old. The special, which was 3 1/2 hours long and got great ratings, was much like a typical episode of SNL itself: some fantastic stuff, some really lame stuff, and things that just made you scratch your head.

The best? Martin Short’s musical salute with Maya Rudolph (playing Beyoncé); the return of “Celebrity Jeopardy” (and Norm MacDonald’s Burt Reynolds impression); Paul McCartney singing “Maybe I’m Amazed”; Jane Curtin behind the “Weekend Update” anchor desk once again (with Tina Fey and Amy Poehler); Bill Murray singing the theme to Jaws; and just seeing all of the former cast members and guests on stage or in the audience. SNL really is the American pop culture landscape of the last 40 years (and darn it, I don’t care what anyone says, I like “The Californians”).

The worst had to be Eddie Murphy’s awkward appearance. Not only did he not make one joke in the minute he had on stage, the segment ended with Murphy not even knowing how to end it and talking to the crew about what he should do next. I’m also not sure what the whole segment was supposed to be. It’s well-known that Murphy hasn’t really wanted anything to do with SNL for 30-plus years and it almost seems like he wouldn’t come back unless he got a “tribute” segment on the show. Whatever happened, it was one of the oddest things I’ve seen on television in many years.

You can watch the entire special and clips at Hulu.

New York Yankees third baseman Alex Rodriguez has issued an apology to his fans and the world of baseball in general. Of course, the statement doesn’t specifically offer an apology for using performance enhancing drugs, just an acknowledgement that he “served the longest suspension in the history of the league for PED use.” That’s probably the most we’re going to get from him until he retires and sits down with Diane Sawyer for an exclusive interview, though he did apologize to the team privately.

I don’t know if Rodriguez is sincere or not, but kudos to him for doing it via a handwritten letter. That’s a dying art.

Now there’s a headline that I never thought I’d write. But it’s true. The former kidnapped heiress, who now goes by Patricia Hearst-Shaw, had a dog entered in the Toy Dog category, and the shih tzu actually won. The dog’s name is Rocket, which is a great name for a dog, even if it’s a shih tzu covered in long flowing white hair.

For the record, the Best in Show winner was a beagle named Miss P.

Digital Deodorant, Brought to You by Google

And that’s another headline that doesn’t seem quite right, but it shouldn’t be any surprise, considering Google is also involved in driverless cars, smartphones, and your home thermostat. The tech company has filed a patent for a sensor that you would wear on your body that would detect sweat and body odor. There’s a small fan attached to the sensors that would emit a fragrance when body odor is detected. A GPS would alert you to where other people are so you can avoid them if you aren’t smelling your best.

February Is National Return Shopping Carts to the Supermarket Month

There’s a holiday for everything and this just about proves it. This month is National Return Shopping Carts to the Supermarket Month. It was started by a Chicago grocer in 1969 who was irritated by all of the shopping carts vanishing from his store.

I’d like to take this opportunity to talk about a related problem: People who don’t return their shopping carts to the shopping cart corrals. I see this every time I go to the store. Every. Single. Time. People will pack their groceries into their cars and then leave the cart right there in the parking lot, usually taking up a space. Then there are the people who will push the cart as far as the other side of the corral and no further, because they are too lazy to walk another eight steps to actually put it inside the corral.

And if you happen to encounter one of those people who won’t return their shopping cart to the corral (or they block an aisle with their cart or they start a conversation with someone right in the middle of an aisle, or one of a half-dozen other irritations we experience at the supermarket), cheer yourself up with a muffin. Today is National Muffin Day. Here’s a recipe for Easy Frittata Muffins, and here’s one for Cranberry-Orange Muffins.

But seriously, return your carts to the corral. Thanks.

President Andrew Johnson Impeached (February 24, 1868)
Read why Johnson was one of our 10 1/2 worst vice presidents.

Poet Henry Wadsworth Longfellow Born (February 27, 1807)
Here’s some of the poetry that Longfellow wrote for The Saturday Evening Post.