Wait, that makes it sound like he died. I just mean that last night’s episode of The Daily Show was the last one for host Jon Stewart, after hosting the show for 16 years. Stewart’s final guests were Amy Schumer, Denis Leary, and Louis CK, along with some surprise guests to celebrate Stewart’s tenure on the show, the show that made Stephen Colbert and Steve Carell household names.

Everyone is celebrating the departing host this week, with retrospectives and best-of lists and essays. Time’s James Poniewozik reveals what he’ll miss most about Stewart. The Wall Street Journal’s Speakeasy blog has a rundown of some of his more odd guests. Newsweek delves into the comic and crusader parts of The Daily Show , and and the show itself showcased some of the craziest interviews earlier this week. Note: some NSFW moments in that last link.

What will Stewart do now? Don’t expect him back on television anytime soon. I would think he’s going to write more, direct more, and maybe even do more standup. He did a surprise gig at Comedy Cellar in New York City last week with Louis CK. I was just going to call him “CK” but that doesn’t sound right.

Trevor Noah takes over as host of The Daily Show on September 28. I think it would have been funny to have Craig Kilborn return as host. He hosted the show before Stewart, and on Stewart’s first night he said that Kilborn was on assignment in Kuala Lampur. It would have been great to have Kilborn finally come back from that assignment to resume hosting duties again.

The discovery of new works by writers continues! Now we have a long-lost short story by F. Scott Fitzgerald. It’s called “Temperature,” and it’s about a writer who drinks a lot and then finds out he’s sick. And before you even make a joke about how art imitates life, Fitzgerald beat you to it. He says at the beginning of the story, “And as for that current dodge ‘no reference to any living character is intended’ -no use even trying that.” He wrote it in the summer of 1939, when he was hospitalized twice for alcoholism. (According to a letter Fitzgerald wrote his agent, he submitted the story to The Saturday Evening Post, and it was rejected. Sorry, Mr. Fitzgerald!)

The story is in the current issue of the magazine The Strand. The managing editor of the magazine, Andrew Gulli, found the manuscript while he was looking at the Fitzgerald archives at Princeton.

Happy Birthday to You

Have you ever sang “Happy Birthday to You” at a party? Then you probably owe someone some money.

Yup, that’s a copyrighted song, even if it is sung 57 bajillion times a day (a conservative estimate). Like every other “cover song,” you’re supposed to pay to sing it. Warner/Chappell is the publisher and they make around $2 million in royalties from it every year. The song, originally titled “Good Morning to You,” was written by two sisters in 1893.

But now there’s a lawsuit (there’s always a lawsuit) brought by a filmmaker who wanted to use the song in her movie but was told she had to pay $1,500. She wants everyone to be able to use the song free of charge because it’s in “the public domain” and everyone sings it. It all comes down to when the “happy birthday” lyrics were added to the song. A federal judge will rule on it later this month.

By the way, even if you’re singing the song only in your head right now, you owe some money.

It’s Official: Kermit and Miss Piggy Have Broken Up

This has been a big couple of weeks for celebrity breakups. Reba McEntire and her husband are divorcing after 26 years of marriage. Country stars Blake Shelton and Miranda Lambert are also going their separate ways, as are rockstar couple Gwen Stefani and Gavin Rossdale. But the most shocking split comes from two celebrities that aren’t even human.

Kermit and Miss Piggy are no longer dating. The frog and pig announced the breakup during a Q&A session at the annual Television Critics Association get-together, where they were promoting ABC’s update of The Muppets, which will debut this fall. Kermit said that Miss Piggy made his life “a bacon-wrapped hell on Earth.”

If these two can’t make it work…

And the Highest Paid Actor in the World Is…

…Ian Ziering, star of the Sharknado movies. I know, I was surprised too!

Okay, that’s not true. The highest-paid actor in the world – for the third year in a row – is Robert Downey Jr., according to the annual list compiled by Forbes. Thanks to all of the superhero movies he’s doing, he raked in $80 million last year. Second on the list is Jackie Chan, with $50 million, followed by Vin Diesel ($47 million), Bradley Cooper ($41.5 million), and Adam Sandler ($41 million).

Adam Sandler. One of the richest movie stars in the world.

I usually provide a few links to recipes in this section, but how do you do that with sandwiches? There are literally thousands, if not millions, of different sandwiches a person can make, depending on the bread you use, the filling, whether you toast it or not, etc. So instead why don’t I provide a link to something and you can all get into an argument?

Here’s a list from Thrillist that lists the 50 best sandwiches of all-time. Let me just say that number 36 should be a lot higher. And I’m sure that some people are going to question why a hamburger wasn’t considered – because it’s not a sandwich – but “hamburger sub” is on the list because they took the burgers and shoved them into a sub roll. And peanut butter and jelly, one of the classic sandwiches of all-time, should be in the top 10, not 26.

By the way, as we all know, the sandwich was named after the man who invented it, Alexander Hoagie.

​The Smithsonian Institution established (August 10, 1846)​
A lot of people might think the Smithsonian is just one museum, but it’s so much more.

Victory Day (August 10)
Did you know this once federal holiday is now only celebrated in Rhode Island?

The BBC recently released their list of the 100 Greatest American Films and Hitchcock grabbed several of the spots. But come on: everyone knows North By Northwest is better than Psycho.

Berlin Wall construction begins (August 13, 1961)
USA Today has 9 things you might not know about the fall of the wall.

Woodstock opens (August 15, 1969)​
The official title for the event was The Woodstock Music & Art Fair, though no one really talks about the art. 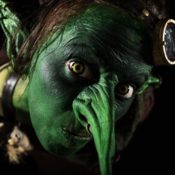