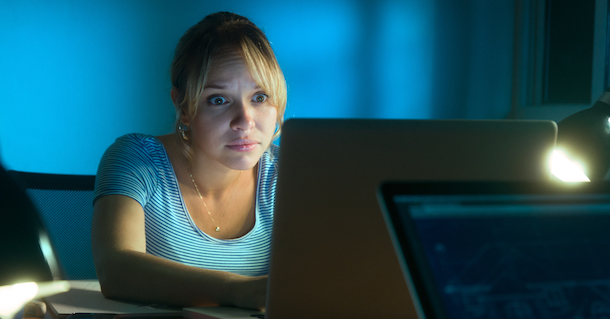 Emmy nominations were announced yesterday morning. You can read the complete list of nominees here, but let’s talk about a few nods that stand out.

I don’t see how Cuba Gooding Jr. was nominated for Outstanding Lead Actor in a Limited Series or Movie for his portrayal of O.J. Simpson in The People v. O.J. Simpson. Talk about a miscast. But it was great to see Bryan Cranston nominated in the same category for playing LBJ in All The Way, and Benedict Cumberbatch as Sherlock Holmes in The Abominable Bride. Tom Hiddleston was nominated for The Night Manager. If he wins, maybe Taylor Swift will write a song about it after they break up, about how he cared more about the award than her.

The Outstanding Comedy Series category is a complete mystery to me. The Middle — the best comedy on television — wasn’t nominated yet again. Veep probably deserves to be there, but Modern Family for the 300th year in a row? Ahem.

It’s great to see Comedians in Cars Getting Coffee nominated for Outstanding Talk Variety Series, though we truly are in a different Emmy world now because that show is online-only. But I hope Seinfeld gets the award over Fallon, Kimmel, Corden, Maher, and Oliver. They’re fine, but CCC is truly something different.

Did anyone else find it odd that the nominations for the Emmys — the award that honors television — weren’t televised on television? They had a livestream online, but E! or one of the networks usually airs it. It’s true the nominees are announced later now — 8:30 a.m. PT instead of 5:30 a.m. — but one of the networks could have shown it, too.

I used Facebook a few times for around nine months total. I used Twitter every single day for eight years. I had to leave both of them for many, many reasons, and at the top of the list was that they were too much of a distraction. So I can believe the results of this study, which says that being addicted to Facebook isn’t that much different from being addicted to drugs.

Researchers at California State University-Fullerton published the findings in Psychological Reports: Disability and Trauma. They found that the brains of people who compulsively used Facebook showed the same brain patterns as people who used drugs and people addicted to gambling.

Sometimes a pop culture phenomenon comes along that completely takes me by surprise and confuses me. As I’m now in my 50s, I often think of what Danny Glover said in Lethal Weapon: “I’m too old for this &#*!”

The latest craze appears to be Pokémon. No, you haven’t traveled back in time to 1995; it’s something new, Pokémon Go, and it has apparently taken over the lives of everyone from the ages of 5 to 25. At least I hope that’s the cutoff age, because I don’t want to think about 47-year-olds walking around town with their smart phones, looking for various Pokémon (if that indeed is the plural — the name is short for the original Japanese name “Pocket Monsters”) that are hidden from view until you use that smartphone to see and “capture” them.

It sounds harmless enough, until you’re not watching where you’re going and you walk into another person or crash your car. Or you go to the 9/11 Memorial or Holocaust Museum to play your game. Both are official Poké Stops. And now I hope this is the last time I have to type Poké Stop.

Who Was D.B. Cooper?

Last week, the FBI officially closed one of the most famous hijacking cases in U.S. history, the D.B. Cooper case.

If you’re not familiar with the 1971 mystery, Cooper got $200,000 in ransom after hijacking a Northwest Orient plane to Seattle. He told everyone he had a bomb, and he then jumped out of the plane with a parachute and vanished forever. Cooper was never found — in fact, no one even knows if that was his real name — and a lot of investigators don’t even think someone could have survived the jump from a Boeing 727. In the past 45 years, none of the many tips have panned out (though a young boy did find a bunch of old $20 bills in 1980), so the FBI has decided to officially close the case. They say, however, that if any solid lead comes up, they’ll look into it.

One of the theories about the end of Mad Men was that Don Draper would turn out to be D.B. Cooper and vanish forever. It was a really goofy theory, but if you look at the artist’s sketch of Cooper, they do look a bit alike.

Is There Something Wrong with Lena Dunham?

If you’re at college and you eat sushi in the dining hall, you’re probably a terrible person.

That is apparently the opinion of Girls actress Lena Dunham, who says that serving sushi in the dining hall of her alma mater Oberlin (or any college or university) is “cultural appropriation.” It’s not only wrong that they’re serving things like sushi and banh mi, they’re serving bad sushi and banh mi, which is “disrespectful.” As The New York Post reports , Oberlin students protested because the sub-par versions of the ethnic foods served at the school disrespect the countries the foods are from and the people of those countries.

Someone should tell Dunham that, in America, a lot of foods are “culturally  appropriated.” I’ve had loads of bad pizza in my life, but I didn’t protest about how it was an insult to Italy (and I’m Italian). I’m not even sure the words “disrespectful” and “food” should appear in the same sentence. This whole thing is so stupid it’s almost painful.

By the way, Dunham also wants to remove guns from the subway ads for the action movie Jason Bourne. She wants you to deface the ads by actually ripping out the section where he’s holding a gun. (Note: please don’t do this.)

Maybe in the next movie, Bourne can attack the bad guys with culturally appropriated sushi instead.

Can you guess the secret behind this finalist for the 2016 Best Illusion of the Year? It’s not special effects or an unfair trick, there really is something going on (and don’t read the YouTube comments, because that’s cheating):

I’ll have the answer next week.

July is National Hot Dog Month, and last week I told you about this year’s hot dog eating contest at Nathan’s. And what goes better with hot dogs than baked beans? July is National Baked Bean Month, too.

Here are two recipes for beans, one sober and one not-so-much. The first is Boston Baked Beans, because I’m from Boston and I get to pick the recipes that go here. It features molasses, brown sugar, bacon, ketchup, mustard, and Worcestershire sauce. And here’s a recipe from Epicurious for Drunken Beans. The “drunken” part comes from the bottle of beer you add.

The official Joe DiMaggio site has a multi-part podcast about his 56-game hitting streak.

I wonder what the Gonzo journalist would think of this year’s election?

Lee was in Hong Kong to have dinner with former James Bond George Lazenby when he collapsed from an acute cerebral edema caused by a reaction to medication.

The professor and philosopher who thought up the idea that “the medium is the message” also wrote a book a few years later called The Medium Is the Massage.