She could be seen, Anna, in her later years, fair weather or not, walking up and down streets that might’ve been bridges of wafer, so tentative were her steps. The straw hat, the woollen jacket — as characteristic as her gray eyes, her strong English chin.

Fifty years earlier, her father had served as veterinarian, dentist, and doctor to the town’s thousand-or-so residents. In no extraordinary day would he thrust his hands into darkness and, like some red-gloved magician, procure a colt, a tooth, a swollen appendix — and all before a light lunch of biscuits and tea.

Doctor Pain, people called him. He opposed anaesthesia “on moral grounds,” preferring, in the midst of prying out a tricky wisdom tooth, or setting a broken limb, to chastise one for writhing, as if agony were a blemish of character.

When he passed away in his 60th year, the population crushed into the Baptist Church for his service, though the man was no Baptist, and never set foot in a church of any flavor, as far as anyone could remember. Dr. Pain had few relations, fewer friends, so the greater number of those gathered must have been present, as Mrs. Hillier (something of a gossip) confirmed, “Just to make certain.”

Living as he did, a retiring widower, spending little on himself or anyone, the good doctor was whispered to be rich. Rumors are sometimes true. His will stipulated that Anna, his only child, on her marriage, would inherit his entire estate of close to a million dollars. A sum, in those days.

One of the plainer faces in town, reappraised, was now found to possess, after all, a certain peculiar charm. Affections will settle, and Anna’s landed comfortably on a young man — younger, about 20 — by the name of Robert Allen.

Robert, too, had a peculiar charm. Passing him on the street, one might remember, if anything, the practical non-existence of his upper lip. Or his odor, which, by no fault of his own (his parents were sausage-makers), had a bias towards sage and garlic.

For several years prior, it had been no rarity for Robert to appear on Anna’s doorstep — in the capacity of deliveryman for the family business. But when he began to make a daily appearance every evening at a punctual half-past six, it became obvious that Anna had either grown unusually fond of sausage, or unusually fond of Robert. Public opinion settled on the latter.

They married the following June. Enigmatically, again, in the Baptist Church (the bridegroom was Catholic). Though the abundance of Allens, so many sausages crammed into the front few rows, lent the small church, in the summer heat, an unfortunate odor, everything else went smoothly, “Both with and without a hitch,” as Mrs. Hillier noted, as often as possible. As the couple ran out of the church, half the children threw rice, half held their noses.

A month later, they separated.

A month after that, Robert was dead.

To plot out the tragedy’s hows and whys is to draw on hearsay, guesswork, outright lies, a construct of cobwebs, only. The truth of the matter was something that not even Mrs. Hillier, in all her omniscience, could divine.

The only definite facts are these. After the funeral — during which, it’s said, Anna showed little emotion (though it was difficult, with the veil, to tell) — she turned hermit for a time, emerging briefly, over the next few months, on a handful of occasions, only. And then slowly, she resumed her usual routines, and seemed, to those who knew her best (not many, and not well), to be unchanged by the events of the previous months.

Nothing, in the short interval of their matrimony, had seemed to anyone amiss. There were no overheard rows, no unpleasantness. The young couple walked most evenings, and seemed, to all who stopped and spoke to them, chronically cheerful.

But one night, Robert returned home from work to find the front door — locked. No amount of pleading or persuasion could induce Anna to open it, nor could an explanation be gained. At last, exhausted, he returned to his family home, intending to stay a night or two, until whatever chance affront which offended his young wife was forgotten or forgiven.

It was there that, the following week, a severe-looking man in green called on Robert, presented him with a thick document, nodded, and turned on his heels.

Robert shuffled through the pages in disbelief.

They were divorce papers.

The mental steadiness of the young man declined rapidly after that. By the end of the first week, he’d become sullen and reticent. By the second, he’d given up washing, and left the house only to bang fruitlessly on his wife’s door, or walk about the neighborhood aimlessly, eyes on his feet. There were doctor’s visits, which became more and more frequent, and whispers of insanity — a family trouble, it was said, for several generations. When a failed attempt at his own life was followed, days later, by a successful one, people were, by that point, if saddened, hardly surprised.

As for the sudden about-face in affection, there was, of course, no shortage of theories. Perhaps married life, speculated many, didn’t suit a woman already accustomed to being her own master. Some sexual inability on Robert’s part was proposed also. Overwhelmingly, though, it was believed that Anna had no intention of remaining married to anyone. She wanted her inheritance — nothing more, nothing less.

Daughter Pain, someone chanced to call Anna during this period. The name stuck for months, during which time public sentiment so opposed the woman that it was a wonder it didn’t congeal, wield pitchforks, and drive her out of town. But small towns, and small-towners, aren’t as medieval as they once were. If people were stiff towards her, it was a stiffness that time, by and large, massaged away.

A final theory. This one came years later, making its first appearance on the lips of some insignificant person, at the local café.

“I was thinking,” said the insignificant person, “about Anna.” As she was the only Anna in town, there was no need to clarify.

“Well,” pausing for coffee. “Supposing you or I were in the same situation. I mean, in the position to inherit a bundle. But at the same time, not ready, or willing, to marry just yet.”

“And let’s say you or I decided, logically enough, on a quickie hitch-and-annulment. You couldn’t very well let the man in on it. He’d only want his cut — and no small one, at that.”

“And wouldn’t a thoughtful person choose someone who had something to fall back on? When everything went poof?”

“So instead of picking some hapless fellow, you pick someone like Robert, poised to inherit the family business and —”

“How could she have known he’d go off his rocker? It might’ve happened anyway. After all, there was his uncle.”

“Helen. I see your point, dear. It’s an idea. We all have our theories. But I don’t think it very likely, not in this case. There may be some doubts, a few unanswered questions, true. But one thing, to me, is absolutely certain.” Mrs. Hillier emptied her cup, and set it down, for effect, with a surplus of force. “The woman is a monster.”

She could be seen, Anna, for the next 50 years, in her hat, her woollen coat, walking on wafers, first with a cane, then a walker, then crawling across pavement, to the churchyard, lying by her mother and father, not far from her one-time husband. And for all the contention, the talk, no fewer crowded themselves into the Baptist Church to pay their last regards than would have for the saintliest. Throughout the service, the burial, the afterwards tea, there wasn’t a shadow of disrespect, a word. If monster she was, the public had, apparently, long since forgiven her.

But people will forgive almost anything. 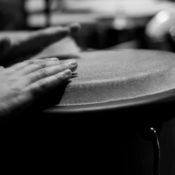