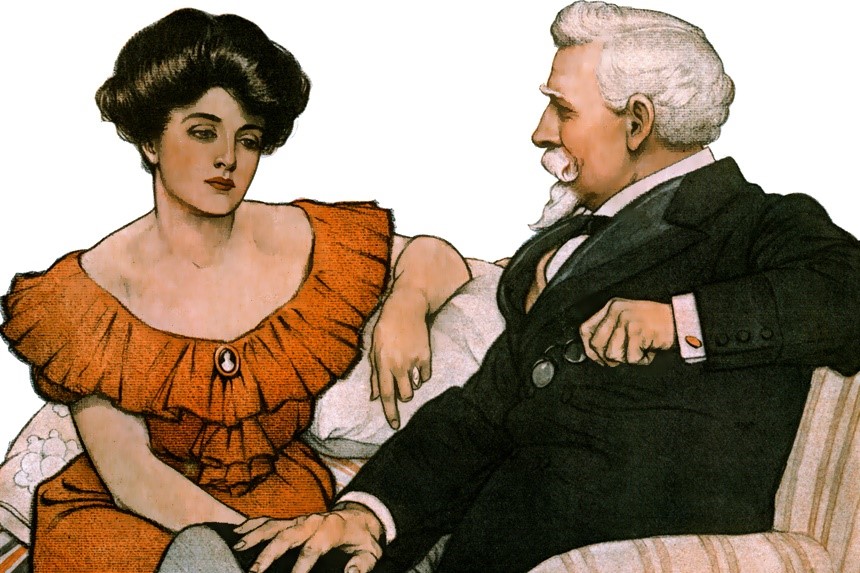 With the holidays upon us, you know that you’re going to have to take on one of the great challenges of American society: the family conversation. We’re all aware of the interpersonal landmines involved in discussing religion, politics, and whatever particular source of friction each family no doubt has. But don’t worry; we’re here to help you face those dining discourse obstacles with our handy list of ten other conversation topics for Thanksgiving dinners.

1. The Proper Way to Cook a Turkey

This is not intended to initiate a new family controversy. We’re well aware that there are proponents of grilling, deep-frying, and other practices. But cooking is a natural topic to work into the holiday discussion, and talking turkey almost always leads to stories of Thanksgiving day tragedy: plastic bags of giblets left inside, fryers over-filled, and frozen birds that wouldn’t thaw til Christmas.

If all else fails, the folks at Butterball may be able to mediate. They’ve operated the Turkey Talk Line for more than 30 years.

Some relatives love to dispense advice on the frequency of oil changes, specific varieties of wax, and the fact that proper tire inflation improves your fuel efficiency. This is related to, but not dependent on, the subcategory of driving directions. Especially prevalent in grandfathers, this strain of conversation is concerned with how you got to where you are from where you were, how you’re going back, and if you possibly need an atlas. For added fun, you can show grandma how to use the GPS on her phone.

Perhaps you don’t follow football all season long. Maybe you aren’t a football fan, or even that interested in sports. That’s okay! You should go in knowing that three different NFL games with occur on Thanksgiving on three different networks. You’ll get Chicago vs. Detroit, Washington vs. Dallas, and Falcons vs. Saints. Head to NFL.com for a quick refresher on who’s doing great and who’s doing terribly, try to remember at least one quarterback’s name, and you’ll sound like an expert. If they try to push the conversation past that, rely on these simple answers: you follow the teams that are local to you, you prefer the pros to college because you like watching the best of the best, and you’re certain that if (your dad’s favorite team) still featured (your dad’s favorite coach or player) from (your dad’s favorite decade), then they would still be great.

Take a roomful of adults. Ask them how escrow works. Sit back and enjoy a number of answers equal to the number of adults present. That may sound like a recipe for chaos, but no one really argues about the topic because nearly everyone is so unsure of their own understanding of the concept that they are unlikely to take a strong position on it. For the record, this is what it means.

Possible subtopics that no one understands include:

Start hitting Save Link now. This might sound like we’re promoting internet culture over reading, going to films, or even watching television, but we’re not. We’re being realistic about the fact that, unless you have a family book club, no one will have read the latest novel that you’ve been reading. Chances are that only a couple of you will have binged the same show, with an added chance that someone else will yell, “No spoilers!” the minute that you bring it up because they’re woefully behind. In fact, it’s not incredibly likely that the majority of your party will have seen the same films; your highest chance of having movies in common comes from Marvel, which have five of the ten highest grossing films in 2018. If you haven’t seen anything, just be ready to agree that A Quiet Place was incredibly scary, you’re looking forward to Crazy Rich Asians sequel China Rich Girlfriend, and that Thor’s arrival in Wakanda is one of the best super-hero scenes ever; do all that, and you’ll be as golden as you hope the dinner rolls are.

If it’s raining, agree that it’s raining. If it’s snowing, agree that it’s snowing and discuss the amount of impact that said snow had on your arrival. If it’s unseasonably sunny and warm, this is a test. Too deep of a discussion on this variable can slide into a wide-ranging debate on climate change, a topic about which your uncle who believes the moon landing was faked is all too eager to engage. Instead, note that it was a really nice day to travel, and safely redirect back to Topic 2, Subcategory 1.

7. The “Who Would You Invite to Dinner?” Gambit

You’re already having a meal together. Here’s a prime opportunity to invoke the fairly reliable question, “If you could invite any three people from all of history to have dinner with you, who would it be?” You can also spin variations, like “any three living people,” “any three fictional people,” and so on. While “all of history” can get pretty predictable (people call for Gandhi the way that people pick the tall guy first for basketball), you can get some interesting mileage out of who chose whom and why. [Note: you might want to invoke a “no politicians” restriction.]

Possible entertaining guests to throw into the mix:

What better way to ensure that you have a good time by talking about a good time that you previously had? Let the parents and other folks get out old photos. Encourage “When I Was Your Age” stories. In fact, ask questions about yourself when you were younger, even if you know the answer.

This is tangentially related to the next point . . .

There’s a distinct possibility that your family gathering will have children present. Take advantage! Talk about baby and toddler milestones. Talk about school with the elementary kids. Solicit pop culture opinions from the teens and rate the withering glances and eye-rolls that they’ll throw at you when they aren’t focused on their devices. Do avoid asking any high school or college-aged students if they’ve started looking at the job market yet; no dinner was ever improved by a panic attack.

10. Say, Did You Know the Entire Archive of The Saturday Evening Post is Now Available Online?

We’ll give you 197 years’ of American stories to talk about. Better get reading!