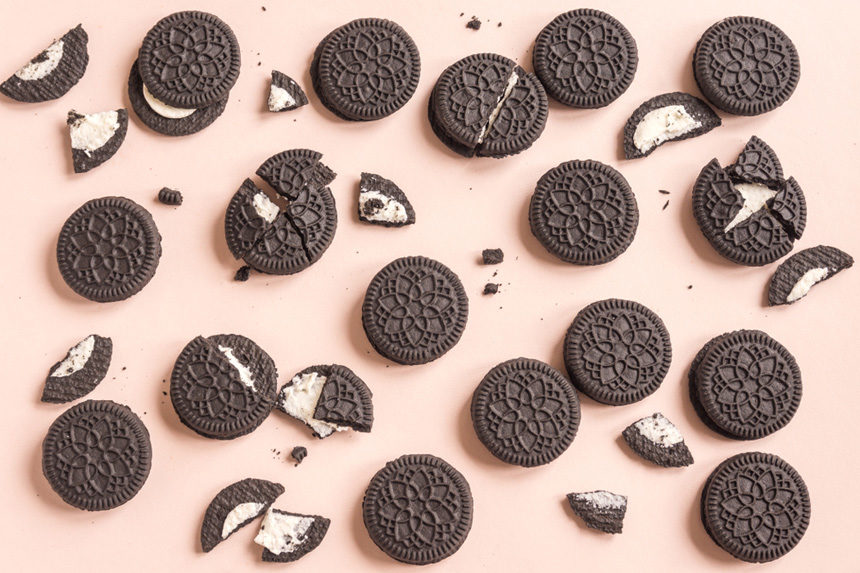 Don’t worry, you haven’t fallen asleep for 10 months and it’s suddenly December 2019, and we haven’t accidentally rerun a column from 2 months ago. I’m celebrating Christmas this weekend.

Because of geography and work schedules and other things that got in the way, my family couldn’t do Christmas in December, so we’re doing it tomorrow. It’s going to be weird celebrating Christmas less than two weeks before Valentine’s Day. Santa is probably in Florida, and the festive wrapping paper and tags are gone from the stores. I just hope my sister still has her tree up.

Speaking of Christmas at odd times of year: I listen to Sirius XM a lot, and I really love their Holiday Traditions. I know that sounds like a line of flavored coffees, but it’s their channel that plays classic Christmas music from people like Frank Sinatra and Perry Como and Rosemary Clooney. It used to vanish around January 1 and wouldn’t return until late November, but now? It’s available all year round! This seems really bizarre to me. I can’t imagine listening to “Winter Wonderland” and “Let It Snow! Let It Snow! Let It Snow!” while I’m sweating in my apartment in early August. It seems rather cruel and masochistic, but I guess if you really love Christmas music …

I was an Oreos kid. We had Hydrox cookies once in a while, and I loved them, but Oreos are what we usually had in the house and what we ate all the time, and it’s the name I associate with round, chocolate, creme-filled cookies.

Did you know that Hydrox is still around? Yup, the owner of Leaf Brands bought the rights to the name a few years ago and they’re available online and in some stores. But they’re not available in enough stores, according to the complaint that Leaf has filed with the Federal Trade Commission, accusing Mondelez International, the makers of Oreos, of conspiring to keep Hydrox off the shelves.

Forget Pepsi vs. Coke or Apple vs. Microsoft. This is the battle I’m most interested in.

Hydrox is actually older than Oreos. They came out in 1908, three years before the appearance of Oreos. Hydrox are known for being a darker chocolate, with a filling that isn’t as sweet as Oreos, and a cookie that has more crunch.

Maybe there simply isn’t enough room on store shelves for Hydrox. I mean literally not enough room. Have you seen how many flavors Oreo has now? They have cookies with Swedish fish-flavored filling, for Pete’s sake.

Do You Remember Birthdays?

The internet has destroyed many things. Social norms, civil conversation, brick-and-mortar stores, privacy. Something else it’s taking away? Memory.

There was a time when we had to actually remember things. We had to keep in our heads our work numbers, and the phone numbers of our friends and family members. Sure, we could write them in an address book that was kept next to the family phone (some of us still do that), but pre-smartphone, if we were out of the house, we had to remember all of that stuff, along with addresses and directions. It was just a natural thing.

But now, with smartphones, we don’t have to remember any of that. You want to call your best friend or your sister or your favorite pizza place? Just scroll down to their name on your phone and press the button.

The same is true for birthdays, as this Wall Street Journal piece illustrates. When it’s someone’s birthday (if, in fact, they’ve told Facebook their real birthday), their followers are notified in their timeline. Now you can simply post a “Happy Birthday!” for someone without ever having to talk or interact with them! You get the credit for being a good person who remembers someone’s birthday without doing any of the work. Ah, technology.

Before I left Facebook several years ago, I made a point of writing down the birthdays of all of the close friends and family members who followed me there. It’s important information, and I don’t think we should give up our brains to a social media site just because it’s faster and more convenient. Imagine if Facebook vanished tomorrow. You’d suddenly have to start remembering things, and people just aren’t set up for that anymore.

Everyone loves Dr. Seuss, right? Well, maybe not everyone, but most people do. And if you really love him, you could have bought some of his personal correspondence and illustrations this week. Three letters and two pages of illustrations from Theodor Geisel were put up for auction yesterday in Los Angeles.

Michel Legrand was an acclaimed, Oscar-winning film and TV composer. He wrote the music for such movies as the original Thomas Crown Affair, The Umbrellas of Cherbourg, Summer of ’42, Yentl, Lady Sings the Blues, Never Say Never Again, Ice Station Zebra, and Brian’s Song. He died last Saturday at the age of 86.

Dick Miller was one of the great movie and TV character actors, appearing in over 175 films and hundreds of TV episodes since the mid-’50s. He had a wide-ranging career, working with directors like Roger Corman, Martin Scorsese, and John Sayles in everything from ’50s horror movies (It Conquered the World and Not of This Earth) to popular TV shows (Fame, ER, and Star Trek: The Next Generation). You really have to look at his IMDb page yourself to see a summary of his amazing work. He died earlier this week at the age of 90.

James Ingram had such solo hits as “One Hundred Ways” and “I Don’t Have the Heart,” along with duets featuring Michael MacDonald (“Yah Mo Be There”) and Patti Austin (“Baby, Come to Me”). He also wrote the Michael Jackson song “P.Y.T.” and several songs for movies. He died earlier this week at the age of 66.

Fatima Ali was a popular contestant on the cooking competition show Top Chef. She had a rare form of bone cancer and died last week at the age of 29.

James Frawley was one of the great TV directors, helming dozens of shows from the mid-’60s to 2009, including Columbo, Magnum, P.I., The Monkees, That Girl, Cagney & Lacey, Law & Order, and Grey’s Anatomy. He also directed The Muppet Movie. He started out as an actor, appearing in such shows as The Dick Van Dyke Show, The Outer Limits, Perry Mason, and The Man from U.N.C.L.E. He died last week at the age of 82.

Hello I am considering a presidential run in 2020. Please RT if you would support this endeavor for me.

If ex-Starbucks CEO Howard Schultz and spiritual/self-help author Marianne Williamson can run for president, why not a delicious breakfast/snack food?

Maybe Hot Pockets can be their running mate.

The Post published many articles about the controversial military commander, including eight by Col. Sid Huff, who was MacArthur’s aide for 15 years.

This week marked the 50th anniversary of the day Paul, John, George, and Ringo went atop their Apple Corps headquarters in London to perform several songs, including “Don’t Let Me Down” and “Get Back.”

This Week in Saturday Evening Post History: Sledding and Digging Out (January 28, 1961)

You’ve probably recently done one of the activities depicted on this Earl Mayan cover. Which one depends on your age.

The history of baroque architecture. The energy spectrum of gamma rays. Cardi B’s new single. These are all things I’m more interested in than football. But the New England Patriots are playing again this year (against the Los Angeles Rams) and I’m from New England and I am interested in the commercials, so like you I’ll be watching. We’ll need some food to eat while sitting in front of the TV starting at 6:30 p.m. ET on Sunday on CBS (or several hours before that if you watch the pre-game).

If you want to provide your guests with something to dip their chips into, how about this recipe for Guacamole, this one for a Spicy Cheddar Cheese Spread, or this Bacon Jalapeño Popper Dip?

Now, this is East Coast vs. West Coast, so maybe you’d like to be region-specific in the food you make. New Englanders will like some Clam Chowder, some Root Beer Baked Beans, and maybe some Toll House Chocolate Chip Cookies. If you’re rooting for Los Angeles, try these Mini Chicken and Waffles, a French Dip, or a healthy salad.

Prediction? Patriots 31, Rams 24. Take it from the guy who knows nothing about football.

This is the day Pennsylvania’s Punxsutawney Phil comes out of his hole, his shadow determining whether or not we’re going to have six more weeks of winter. Some people don’t think this is particularly scientific, but Phil actually has a degree in meteorology from Temple University.

If you still don’t trust Phil, maybe you can trust one of these human meteorologists.