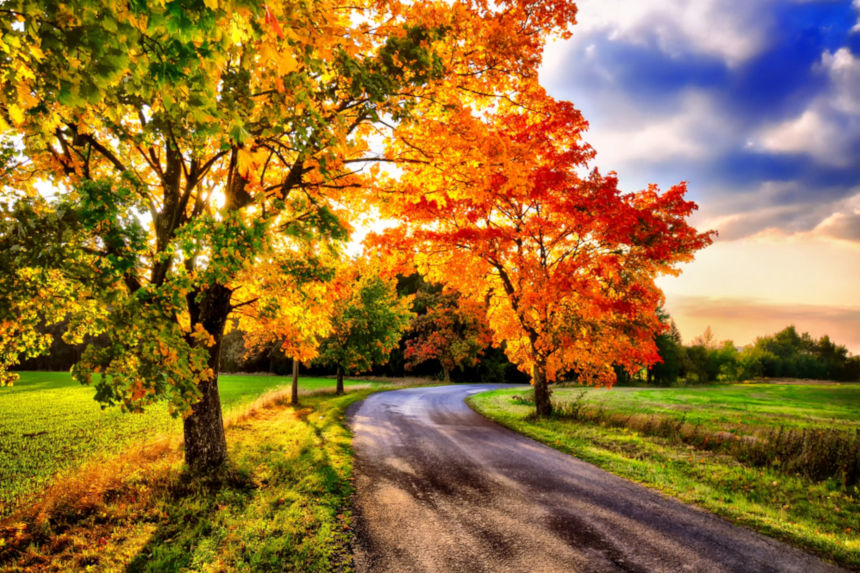 I swore to myself that I wasn’t going to complain about the weather anymore this year. Recently I was saying how happy I was that September was finally here, with its comfortable temperatures, the heat and humidity of summer in the rearview mirror. Apparently, though, Mother Nature doesn’t care about rearview mirrors, because this week was a cavalcade of yo-yoing temperatures. As I type this, it’s 65 with low humidity. Great! Yesterday it was 85 and the sweat was pouring off me as I loaded groceries into the car. Tomorrow it’s supposed to be 80 again, and then it’s supposed to be in the 60s. Next week it’s supposed to be more fall-like, with consistent temps in the 60s, maybe even a falling leaf or a pumpkin or two. Then we might have a day of 80.

I actually put my big fan away and had to drag it out again the next day because I’m not sure what each day is going to feel like. What’s that Robert Burns quote? “The best laid plans of mice and men who put away their fans too early?”

Maybe I jumped the gun and I don’t like September as much as I thought I did. Maybe what I’m really looking forward to is October. Yeah, October. Bring it on.

Like you, I’ve been waiting patiently for Merriam-Webster to add autogenic training to their dictionary. It finally happened!

That’s just one of the 530 new words — or in some cases, phrases — added to my favorite dictionary. This is an semi-annual event I always look forward to, because it reminds me of words I had forgotten and introduces me to words that are apparently so popular that they’re going into the dictionary, yet I’ve never heard anyone use them once. This includes free solo, pain point, stinger, and rhoticity. They’re also adding dad joke and many abbreviations and portmanteaus, like vacay (vacation), inspo (inspiration), and sesh (session). They should have included a link to the definition of portmanteau.

By the way, autogenic training is defined as “a self-relaxation technique that involves repeating calming statements to yourself.”

Tech Insider says “this wearable chair could change how we work and travel.” And I’d like to say to Tech Insider that no one is going to walk around wearing a chair.

The people behind the LEX chair say it lets you sit where you want. It also lets you be mocked by both total strangers and members of your family. Can you imagine having to walk around with this thing hanging off your back, having to take it off to sit in cars and in your office? Don’t actual chairs still exist? While I could possibly see a limited use for this by people who have pain or physical problems, I don’t think it would be embraced in any mainstream way.

Also, can you imagine going to a restroom?

I’m not sure if this is the oddest product of the week, or if this “Sexy Mr. Rogers” Halloween costume is.

I was a Brady Bunch kid. No, I don’t mean I was an actual Brady Bunch kid. That would have made seven kids, and I don’t think they had enough rooms in that giant house. I guess dad Mike, a talented architect who for some reason forgot to put a toilet in the bathroom (maybe he designed that chair above?), could have put in another bunk bed so I could sleep above Greg, but they would have to rearrange the entire room to fit everything.

Boy did I digress. I’m just trying to explain that I was a big fan of the show as a kid. I remember going down to the Reliable Market on Friday nights to get a giant bag of junk food and snacks to eat while watching the Bradys and The Partridge Family. This month marks the 50th anniversary of The Brady Bunch, and to celebrate, HGTV bought the iconic Studio City house you saw on the show. It was only used for exterior shots (the interior was a Hollywood soundstage), but the network, with the help of the show’s cast, completely redesigned the house to make the interior appear as it did on the show. Of course, they made a TV series out of it.

It wasn’t easy, because the real house was a one-story and the house on the show was two. They had to get creative.

Barron Hilton took over from his father as head of the Hilton Hotel chain in 1966. He was also one of the original owners of an AFL football team, the Los Angeles Chargers. And yes, he was Paris Hilton’s grandfather. He died last week at the age of 91.

Suzanne Whang was the host of House Hunters from 1999 to 2007, and was one of the “Road Warrior” correspondents on FX’s Breakfast Time in the ’90s. She was also an actress, appearing on such shows as Las Vegas, Two and a Half Men, Dexter, and Arrested Development. She died last week at the age of 56.

Carl Ruiz was a celebrity chef and owner of several restaurants who made appearances on many Food Network shows, including Guy’s Grocery Games. He died Monday at the age of 44.

Sid Haig was an icon of horror films, appearing in House of 1000 Corpses and The Devil’s Rejects, and in many TV shows, including Star Trek, Batman, The Man from U.N.C.L.E., Mission: Impossible, Gunsmoke, and Mary Hartman, Mary Hartman. He died Saturday at the age of 80.

Aron Eisenberg was probably best known for his role as Nog on Star Trek: Deep Space Nine. He also appeared on The Wonder Years, Tales from the Crypt, and Blade of Honor, among other shows. He died last week at the age of 50.

Jan Merlin was a veteran actor and one of the stars of the ’50s sci-fi show Tom Corbett: Space Cadet and the ’50s Western Rough Riders. He also appeared in many TV shows and movies like The St. Valentine’s Day Massacre, The Oscar, The Hindenburg, Take the Money and Run, and The List of Adrian Messenger. He died last week at the age of 94.

Robert Hunter was a lyricist for the Grateful Dead, penning songs like “Uncle John’s Band,” “China Cat Sunflower,” “Casey Jones,” and “Touch of Grey.” He died this week at the age of 78.

—Bob Newhart, to Ben Stiller, who was talking about classic sitcom stars who are no longer with us, on the 71st Emmy Awards

The storm has many titles because they didn’t give names to the storms back then. Almost 700 people died in the hurricane that hit New York and New England over a period of three days.

Here’s orchestra leader Paul Whiteman on the first public performance of “Rhapsody in Blue,” from the March 6, 1926, issue of the Post.

This Week in Saturday Evening Post History: This Does Not Commute (September 24, 1955)

If I’m not quite sure what’s happening on the cover of an old issue of the Post, I look at the explanation on the table of contents. The explanation for this George Hughes cover isn’t completely helpful, though it looks like the men on the train are rather shocked by what they see out the window. But are they shocked by what we see, or what is coming up next that is just out of frame? The woman doesn’t care, though. She’s too engrossed in the book. It’s 1955, so I’m just going to assume she’s reading Lolita.

To celebrate 50 years of The Brady Bunch, how about some recipes based on one of the classic episodes of the show, the one where Peter thinks he doesn’t have a personality?

Here’s a recipe for Pork Chops and Applesauce from Epicurious, and here’s one for the same meal from Skinnytaste that is more Weight Watchers-friendly. And here’s one with the slightly different name of Applesauce Pork Chops from Allrecipes.

By the way, when you make these recipes, it helps if you talk like Humphrey Bogart.

It’s a shame we don’t know our neighbors the way we used to. There are many neighbors I couldn’t pick out of a lineup, and I’ve lived in my place for 26 years. This is a good day to get to know them.