Though we like to believe our everyday problems and complaints are substantially, systemically different from those of our ancestors from, say, a century and a half ago, some things never really change. Take punctuation. We may think our complaints about misplaced or missing commas, overused exclamation points, and that maddening-in-every-way semicolon are thoroughly modern, but they just aren’t. They’re older than your grandparents.

As long as editors and proofreaders have been correcting authors’ works, and as long as compositors have been setting text into printing presses, those supposing to have some authority in the realm of “proper” writing have found reason to complain about everyone else’s misuse of punctuation. And in the Post’s nearly 200-year history, we’ve devoted a surprising amount of space to those complaints.

For example, this story of one author’s grumblings appeared in The Saturday Evening Post on February 7, 1829:

In preparing works for the press, it is usual for the printer, after the proof-sheets have been seen by the author, to go over them again, and clear them of what are called typographical errors, such as wrong spellings, inaccuracies of punctuation, and similar imperfections. In performing this office for a celebrated northern critic and editor, a printer, now dead, was in the habit of introducing a much greater number of commas than it appeared to the author the sense required. The case was provoking, but did not produce a formal remonstrance, until Mr. W—n himself accidentally afforded the learned editor an opportunity of signifying his dissatisfaction with the plethora of punctuation under which his compositions were made to labour. The worthy printer, coming to a passage, one day, which he could not understand, very naturally took it into his head that it was unintelligible, and transmitted it to his employer, with a remark, on the margin, that “there appeared some obscurity in it.” The sheet was immediately returned, with this reply, which we give verbatim — “Mr. Jeffrey sees no obscurity here, except such as arises from the d——d quantity of commas, which Mr. W—n seems to keep in a pepper-box beside him, for the purpose of dusting all his proofs with.”

This piece from January 16, 1864, not only finds fault with the overuse of commas but of exclamation points, too — two subjects that remain salient today:

The Dean of Canterbury says on this subject:— “I remember when I was young in printing, once correcting the punctuation of a proof-sheet, and complaining of the liberties which had been taken with my manuscript. The publisher quietly answered me that punctuation was always left to the compositors. And a precious mess they make of it. The great enemies to understanding anything printed in our language are the commas. And these are inserted by the compositors without the slightest compunction on every possible occasion. Many words are by rule always hitched off with two commas: one before and one behind; nursed, as the Omnibus Company would call it. Too is one of the words; however, another; also, another; the sense in almost every such case being disturbed, if not destroyed, by the process. I remember beginning a sentence with — ‘However true this may be.’ When it came in the proof, the inevitable comma was after the however, thus of course making nonsense of my unfortunate sentence. I have some satisfaction in reflecting that, in the course of editing the Greek text, I believe I have destroyed more than a thousand commas, which prevented the text being properly understood. One very provoking case is that where two adjectives come together, belonging to the same noun substantive. Thus, in printing a nice young man, a comma is placed after nice, giving, you will observe, a very different sense from that intended: bringing before us the fact that a man is both nice and young, whereas the original sentence introduced to us a young man that was nice.

“Still, though too many commas are bad, too few are not without inconvenience also. I saw the other day a notice of ‘the Society for Promoting the Observance of the Lord’s day which was founded in 1831,’ giving the notice that the day, not the society, was founded in that year. Had the date been 1631, instead of 18, an awkward interpretation might have been possible.

“While I am upon stops, a word is necessary concerning notes of admiration. A note of admiration consists, as we know, of a point with an upright line suspended over it, strongly suggestive of a gentleman jumping off the ground with amazement. These shrieks, as they have been called, are scattered up and down the page by compositors without any mercy. If one has written the words O sir, as they ought to be written, viz.: with the plain capital ‘O’ and no stop, and then the comma after Sir, our friend the compositor is sure to write Oh with a shriek (!) and to put another shriek after Sir. Use, in writing, as few as possible of these nuisances. They always make the sense weaker, where you can possibly do without them. The only case I know of where they are really necessary, is where the language is pure exclamation, as in How beautiful is the night!  or, O that I might find him!”

It’s worth noting that copy editors still argue about and struggle with these exact issues today.

But it’s not all complaining. Then, as now, professional wordsmiths can gnash their teeth about issues of punctuation while acknowledging their own shortcomings. If you think you have problems with semicolons, you’ve got nothing on Cosmo. Check out his Post article from June 17, 1865:

Which, according to my rendering, reads — Pretty — Poor — Punctuation.

It is very generally understood, I believe, by those who have ever waded through Lindley Murray [an 18th-century grammarian and author] as far as Rule XXVII, that the laws of punctuation are as arbitrary as the laws of life. But it is not nearly so generally understood that we do so twist and transpose the English language — every man and woman of us who attempt to speak or write it — torturing its genius to conform to our ideas, instead of bringing ourselves up to the correct standard, until the rule can never be applied in two instances alike.

Any editor of a literary paper or magazine, with a single year’s experience, is a competent witness to prove that not more than four out of every forty who scribble for bread or notoriety, have any more correct ideas of punctuation than a Patagonian has of Paradise. One profound thinker, leaving out the h, drives on over three pages of foolscap without a single dot of punctuation. Another perpetrates one line periods, bringing us to “down brakes” at the end of every line, as abruptly as if we had checked up against a dead wall at thirty miles an hour speed.

No. 3 keeps up a continuous string of exclamation points — eternally screaming at something that requires no screaming at whatever. A good many affect the dashing style of punctuation, slipping in one m, two, three, and half-line dashes indiscriminately, dashing paragraphs into spasmodic nonsense.

The semicolon was my forte and foible for a good many years. I had the semicolon chronic, but I am happily rid of it. I have an idea that I shall never quirk my pen into another semicolon after I shall have got through with this communication.

When I began first to write for the public, a literary savant in whom I had all faith said to me one day:

“Young man, in all your writings, dash in semicolons. They are the beauty of composition. They will transform nonsense into sound sense, bring order out of chaos, make sublimity out of the softest trash you can write. Douse in plenty of semicolons, and you’ll always pass.”

Believing all that, as I did the Gospel according to St. Luke, I mounted Semicolon as my hobby, and went on for years sowing semicolons broadcast, to the utter disgust, I have no doubt, of thousands of better-bred people. And there was no one honest enough — no one having the peace of society and my own good sufficiently at heart — to admonish me of my error.

Thus I went on, the semicolon malady becoming chronic, the pestilential quirk-o-gees of everlasting semicolons, peppering quires of MSS. [manuscripts] with no more order than a moonlight flight of blackbirds.

At length, one day not very long since, in a bit of discussion with Mr. Peterson, one of the publishers of THE POST, that gentleman looked me squarely and steadily in the eye, and observed resolutely — just as I always like to have a man, or woman either, talk to me:

“Cosmo — there is one thing which you do that is awful.”

“You chuck in semicolons abominably. Semicolons enough in one of your sixteen page MSS. to supply all that would be needed for the entire paper.”

I was astonished. I knew myself to be an extensive dealer in semicolons, but I had no idea that I scattered them so liberally as that. “I’ll see about this thing when I go home,” I said, and I did. I took four pages of MSS., letter-size, which had been written for THE POST, and went into an investigation. I counted all the punctuation points, and here is the result:

There they are — a semicolon brigade. Their appearance in manuscript is much like a staff of Madagascar music. I have scarcely an idea what it will be like in print if it ever gets there.

Printers, as a rule, are very correct punctuationists, but they do make sad slaughter of sensible English sometimes. I give a brace of instances in which mine was murdered recently. I have an idea that it was done with malice aforethought. In both instances “copy” was followed to the letter, but not to the comma:

“The principal actors in the drama were a monstrous bull run crazed with a beautiful girl, flying for life.”

Now I didn’t put that comma after girl, but I did put it after crazed, and the printer moved it along down. Again:

“It was the man who had married the lovely Lucile an old skeleton worn out mare, for his companion.”

Don’t you see how the rascally printer remorselessly made a mare out of the “lovely Lucile?” 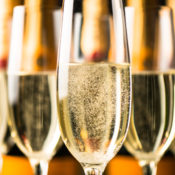