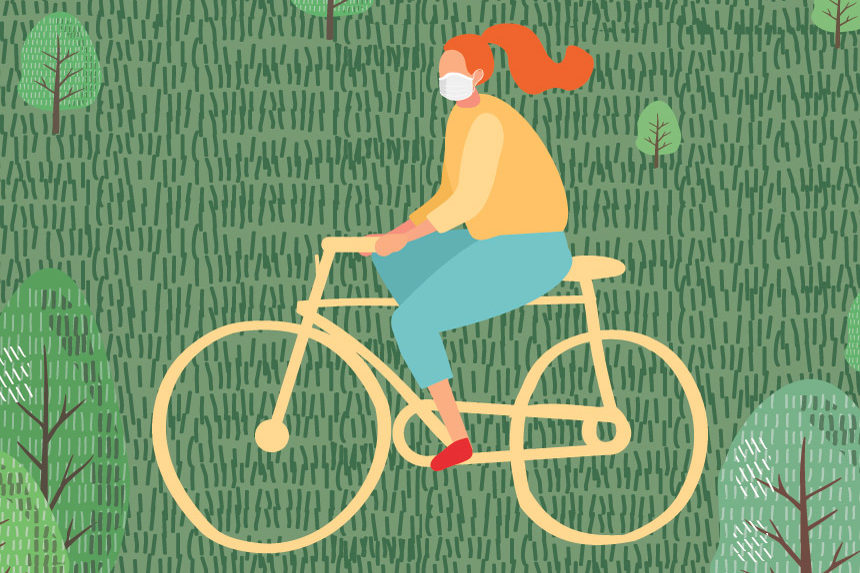 When I was 6, I was hospitalized with Rocky Mountain spotted fever. At the hospital, I was encouraged to get out of bed, get dressed, and spend as much time as possible in the playroom. I brought magazines and books back to my room to read and played with other kids who were up and about on the pediatric floor. There was a girl in the next room with leukemia, and we made faces and waved to each other through our shared window. The fact that I was able to play didn’t mean I wasn’t sick enough to be hospitalized. It meant that regardless of my illness, I was a child with the same needs and wants as other children.

Yet, with adults, the same concept doesn’t seem to hold true. Whenever ill people do — well, anything — it’s taken as “proof” that we’re bluffing about our condition. Many of us are confronted by complete strangers on a regular basis when we go out in public on everything from using parking placards to requesting ADA accommodation at events. We’re challenged more by people we know, who should really know better.

After I became ill, I decided to go to my favorite theme park one day. I didn’t do much; it was a very sedentary experience. I posted a photo of myself on one of the rides on Facebook with my germ mask on backward, slept for days to recover from my adventure, and didn’t think much of it. A few days later, my mom called me about it. A “family friend” had seen the photo and was furious about it. She’d apparently complained to several people that if I was at a theme park, I was obviously well enough to be working and was pulling some sort of scam.

Social media photos of chronically ill people smiling and looking “normal” or doing errands have even been used to deny or remove disability benefits.

I promptly unfriended and blocked the person, but for most of the next year or so, whenever I posted a photo of myself doing anything fun,  I always made a point of describing how sick I was and how I’d needed to rest, and how tired I was afterward. I felt the need to qualify what I was doing; to verify that I was still ill, and to remind everyone that there was more to the truth than what was visible in the photo. Someone’s ignorance and unkind judgments had made me feel guilty about enjoying my life to the best of my ability and upset my mom, and that was unconscionable.

It often seems that there’s no real way for chronically ill people to win this battle. Hostile individuals who don’t want to believe that you’re really ill will find fault with anything you do. There’s no way to appease them, regardless of how you live your life.

Some chronically ill people are able to exercise, some are not. Some of us are encouraged to be physically active in some way to help us maintain function (I have a series of physical therapy exercises to do every day to help with some specific orthopedic issues, for instance). Yet, if you’re seen being physically active in any way, it’s taken as a sign that you’re not sick after all. Society likes to applaud Olympic athletes who fight through illness or disability to compete. If you fight through your illness or disability to do something physical sometimes, such as a 5K or dance performance, it may be seen as proof that you’re a fraud.

If you live alone or don’t have a lot of support, you still have to take care of daily tasks, but something as simple as buying your own groceries might actually be seen as proof you’re able-bodied.

If you go out with makeup and styled hair, well, you’re obviously not sick because you don’t look sick.

If you describe the progressive course of your illness, you’re faking it because someone’s aunt Edna’s son’s niece had the same condition and she’s fine now.

Social media photos and observations of chronically ill people smiling and looking “normal” or doing errands have even been used to deny or remove disability benefits, which is quite possibly the most troubling thing of all.

I’m not sure what some people think we’re supposed to do every day. We have incurable chronic illnesses. We often spend most of our time either at home or in treatment as it is. We’re often exhausted and in a lot of pain. If we’re not able to work full time, are we supposed to forgo any and all moments of joy, distraction, social interaction, or enjoyment? Will that help us in any way? Being sick is extremely hard for many of us. It’s even harder when hurtful, judgmental types decide that illness should invalidate the fact that we have the same needs as ­anyone else. Instead of telling chronically ill individuals to shake off comments and accusations, maybe the onus should be on these hecklers to refrain from making them and mind their business. Is it really that hard to leave other people alone?

Eleanor Roosevelt once said: “Do what you feel in your heart to be right — for you’ll be criticized anyway.” I’ve taken those words to heart when it comes to interacting with others about my chronic illness. I am no longer particularly nice when I’m confronted by impromptu judges. Every once in a while someone honestly doesn’t understand, and politely and succinctly explaining a few things helps them. More often, though, they’ve already come to their own conclusions and nothing I say is going to put a dent in their hostility. I won’t waste my time trying to justify myself to random strangers and mean-spirited acquaintances who have appointed themselves judge and jury of my life.

I can’t stop others from thinking whatever they want about me. However, I can and do refuse to comply when someone demands apologies, guilt, or justifications from me for getting out of the house once in a while. Anyone who decides that chronic illness somehow invalidates my needs as a person — including my needs for happiness and socialization — isn’t getting an iota of my concern.

Denise Reich is a writer who lives with numerous chronic conditions. Her work has appeared in Santa Monica Review, TheMighty.com, Shameless magazine, and more than 10 books in the Chicken Soup for the Soul series, among others.

This article originally appeared on TheMighty.com. It is featured in the November/December 2019 issue of The Saturday Evening Post. Subscribe to the magazine for more art, inspiring stories, fiction, humor, and features from our archives.