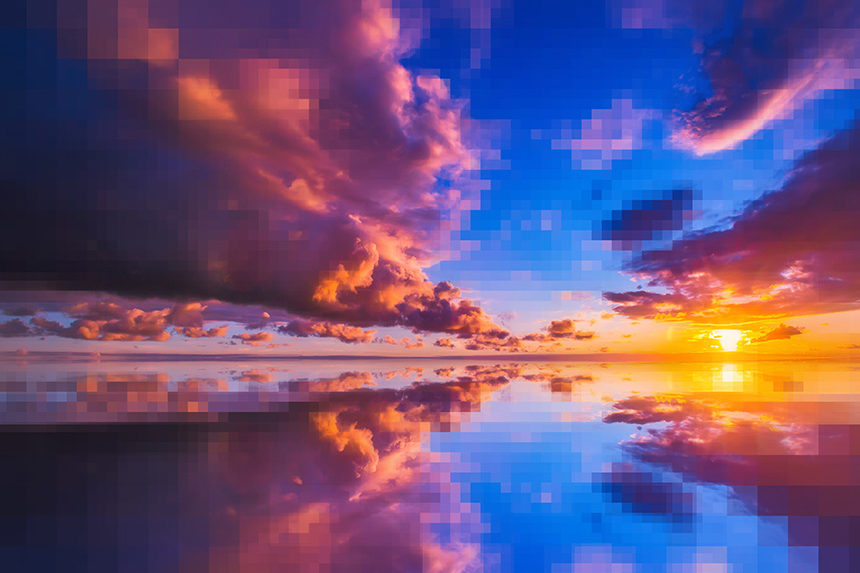 The beginning of a new year, everyone is talking about New Year’s resolutions. Should you try to lose weight? Save money? Find a new job? If your resolution is to learn more about the history of the English language, you’ve come to the right place, and you can start fulfilling that resolution with a look into the word resolution itself.

We find this definition in common use during Shakespeare’s time. For example, in Hamlet, written in 1599 or 1600, we find the mopey prince mumbling, “O that this too too solid flesh would melt, / Thaw, and resolve itself into a dew!”

When you break down something into its individual parts, it can help you better understand the whole. It’s this concept that mathematicians took hold of when they found a use for resolution to describe taking apart complex systems and breaking them down into numbers and figures. In the mid-16th century, mathematicians began resolving complex mathematical problems. Then it extended into other situations — such as resolving conflicts or disagreements, almost as if they were equations. In math, resolving a problem to discover its resolution eventually gave way to the more common solving of a problem to find a solution. But in other areas, resolution stuck around, and new meanings piled on.

Extending the idea further, someone who seemed to have solved all their problems, showing little doubt in their decisions, was considered resolute. For larger community problems, possible resolutions were written down and discussed in local councils. Thus we get the legal sense of a resolution, which could then be debated, voted upon, and passed into law.

Over the last several centuries, new meanings of resolution have retained some reference to the small, constituent parts but have focused more on bringing together the whole rather than breaking it apart. (This is in part because the related word dissolve covers a lot of the same old ground.) In literature, the resolution is when all the individual threads of a story come together and work themselves out. In music, chord resolution is the passing from a dissonant to a consonant chord — the resolution is determined by the movement of the constituent notes, but it’s the chords that resolve. And in digital imagery, resolution is the measure of individual dots of color (pixels, ink) used to create an image, but it’s used practically as a measurement for how clear and detailed the image as a whole is.

But this is a new year, so what about New Year’s resolutions? That phrase started appearing in the late-18th or early-19th centuries. It probably comes from the idea of being resolute — of choosing a personal problem and making a promise to find its solution. But a successful new year’s resolution, as most know, doesn’t aim vaguely at some large, ultimate goal, but focuses on the smaller, constituent actions one needs to achieve it: Not “I’ll save $1,000,” but “I’ll put away $20 a month.” Not “I’ll lose 40 pounds,” but “I’ll limit myself to one pizza per week and hit the gym three days a week.”

Here at the Post, we wish you good luck with whatever resolutions you’ve made for the coming year.