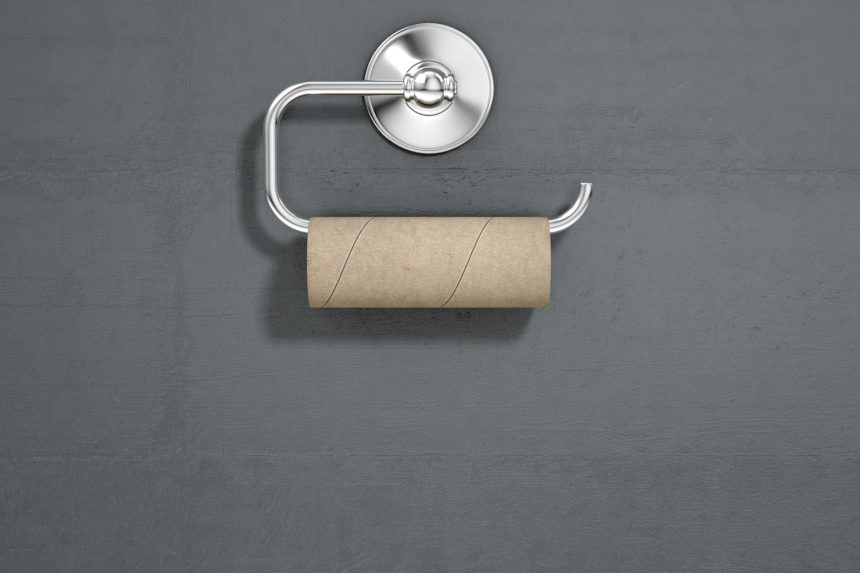 Who knows how long this whole “stay-at-home” thing is going to last. It could be the rest of this month, it could be a couple of months, it could be longer. We’re all in this together and taking it day by day and everything’s up in the air. There’s all this talk about flattening curves and social distancing and other phrases I’m really sick of hearing, but we really don’t know what’s coming next, so it’s best to just stay inside as much as possible, stay busy, keep a normal routine, and try to remember what day it is.

So what can you do to pass the time other than rearranging your closet for the third time?

As I mentioned in last week’s column, I’m watching a lot of television. Of course, this is something I could say any week, but I find myself doing it even more lately. The only television that make sense to me right now are reruns of Everybody Loves Raymond, old movies, cooking shows, and Jeopardy!

I’m not watching the news though. I can’t handle that right now.

You can read, of course, though some people are having a hard time concentrating on anything long-form right now because they have other things on their mind. If you find your attention span shrinking, try poetry. If you can read novels or non-fiction, you might want to read something you’ve read before. Like TV and films and music, books can be a comfort food too.

Have you been meaning to start a journal? There may never be a better time to start one.

Of course, the one thing people are doing more of right now is cooking. You can’t go out to restaurants and you can only do so much takeout, so everyone is cooking (maybe one positive thing that could happen from all this is families eating dinner together again). The Week has 13 easy recipes you can try. The New York Times has several recipes you can make with stuff you probably have on hand. AllRecipes has created a Quarantine Cooking section on their site, and The Washingston Post has actually started a new video series called The Quarantine Cooking Show which has a bunch of great tips and recipes, including one for a drink called the Quarantini.

I know, I usually leave the recipes for the end of the column. Consider these a quarantine bonus.

And you can get together with family and friends and co-workers via Zoom, which has become incredibly popular (and much needed) since this whole thing began. It’s funny how even a technology cynic like me is really happy that we have all this stuff while we’re going through this.

For the record, I’m talking about this Zoom, not this Zoom.

People are craving sports right now — though I don’t know why since I told you about the exciting world of marble racing — and one professional sport may be coming back a lot earlier than you think.

Major League Baseball is seriously considering starting the season in May. How can they do this when we’re living in a time of social distancing and no large gatherings allowed? They’re going to move all of the action to Arizona and play with the stands completely empty.

The league and the teams are still in the very early stages of negotiations, and this might not happen at all, and a more realistic timeline of having the season start later in the summer may still be the best option, but it’s seriously being considered. I don’t really see how this would work. The players themselves would still be close to each other, touching each other, breathing heavily, and maybe the players wouldn’t want to leave their families right now. My advice for baseball fans would be to expect a much later opening day than May and watch classic ball games on cable until then.

Here’s another thing you can do while you’re stuck at home: re-create famous artwork.

The Getty Museum in Los Angeles issued a challenge to people who can’t visit the museum right now to re-create a famous painting or sculpture using items they have around their house and upload the picture to Twitter. The results are pretty great, with people giving their creative takes on Picasso, Mondrian, Manet, and even our own Norman Rockwell.

No, not the current one. I’m talking about the one from 1973. It was all Johnny Carson’s fault.

John Prine was one of the great American songwriters who influenced and was loved by other songwriters, from Bob Dylan and Bonnie Raitt to Jason Isbell and Brandi Carlile. He died this week at the age of 73.

Rolling Stone has compiled a list of 25 essential Prine songs, and you can read the first review Prine ever received, after an appearance at a small folk club in 1970. It was written by Roger Ebert, who happened to stumble onto the show that night after walking out of the movie he was supposed to review.

Bill Withers sang such classic songs as “Lean on Me,” “Just the Two of Us,” and “Ain’t No Sunshine.” He died last week at the age of 81.

Honor Blackman is best known for portraying Pussy Galore in the James Bond film Goldfinger and Cathy Gale on two seasons of The Avengers. She died earlier this week at the age of 94.

James Drury played the rancher with no name on The Virginian, one of the longest-running Westerns in TV history, and appeared in many other TV shows and movies. He died Monday at the age of 85.

Bucky Pizzarelli was an influential jazz guitarist who played in the Tonight Show with Johnny Carson band. He was also a busy session musician in the ’50s and ’60s and even played with Benny Goodman. His son is guitarist John Pizzarelli. He died last week at the age of 94.

Al Kaline was a Hall of Fame baseball star who played right field for the Detroit Tigers for 22 years. He died Monday at the age of 85.

Allen Garfield was a veteran character actor who appeared in such movies as Nashville, The Conversation, The Stunt Man, The Candidate, and Beverly Hills Cop II, as well as many TV shows. He died this week at the age of 80.

Thomas Miller produced some of the biggest sitcoms of the past 40 years, including Happy Days, Laverne & Shirley, Mork & Mindy, Full House, Family Matters, and Bosom Buddies. He died Sunday at the age of 79.

For 30 years Julie Bennett was the voice of Cindy Bear on Yogi Bear. She had a 50-year career appearing in both live-action sitcoms and dramas and doing voice work. She died last week at the age of 88.

Forrest Compton portrayed Colonel Gray on Gomer Pyle, USMC and Mike Karr on The Edge of Night for 14 years. He died Sunday at the age of 94.

The songs were “Can’t Buy Me Love,” “Twist and Shout,” “She Loves You,” “I Want to Hold Your Hand,” and “Please Please Me.” No one has repeated this feat since.

This ad was for Bell System and how its phone lines were keeping the country connected during the war, but I think we could repurpose it for what we’re all going through today, maybe with an internet twist.

Easter Is This Sunday

My family rarely celebrates Easter — and this year there’s no way we’re all getting together — but if you’re with family right now maybe you’re still planning on a special dinner. Hopefully you planned ahead and bought some ham and candy.

Here’s a recipe from Food Network for an Easter Dinner on Two Sheet Pans, which makes things a little easier to organize and easier to clean up. If you’re not a ham family, maybe you can try this Classic Roast Chicken from Delish. For dessert there’s this Spring Pastel Confetti Cake from Brit + Co, which looks a little more involved than just gnawing on some solid chocolate rabbit, but if there’s any time to try making it, it’s now.

Maybe you can eat Easter dinner together on Zoom.

You can still send in your tax forms if you’re getting a refund, but if you have to pay this year, consider April 15 a holiday. You have until July 15 to do your federal taxes (most states have extended their tax deadlines too, but check where you live).

This probably isn’t the best time to go around touching people, but you can do it virtually.