Who needs more music by Beethoven?

We already have a complete catalog of his 132 published compositions. And there are the 228 unpublished works he left behind, along with hundreds of sketches that were never developed further.

Yet the classical world would be thrilled to hear of a newly discovered Beethoven symphony. As long ago as 1835, rumors of a new symphony made international news. On October 31 of that year, the Post reported

Newly discovered composition of Beethoven. — A German paper states that a MS. unpublished symphony of Beethoven has just been discovered behind the panel of a room which was undergoing repairs and that a music seller has offered a large sum of money for it.

There are no further references to this spurious work. While it’s true that Beethoven’s Für Elise wasn’t discovered until 40 years after his death, no symphony has been added to the catalog of his works since his death in 1827.

So no one is expecting to be surprised by a rediscovered, major work in his 250th anniversary year.

However, there is the matter of what’s been called Beethoven’s Tenth Symphony. Musicologists agree that Beethoven intended to compose another symphony after his Ninth. His notebooks contained 250 bars of related music, which, in 1988, was worked into a single symphonic movement by musicologist Barry Cooper.

Ludwig van Beethoven – Symphony no. 10 (Uploaded to YouTube by MrWippler)

Beethoven isn’t the only composer to get posthumous help in completing his works. Gustav Mahler left a nearly finished draft of his Tenth Symphony when he died. It has been subsequently worked into a completed state by three different composers.

(Mahler developed a superstitious fear of writing a ninth symphony. He noted that Beethoven, Antonin Dvořák, Anton Bruckner, Franz Schubert, and Ludwig Spohr had all died after completing their ninth symphonies. So when he started the next symphony after his Eighth, he gave it a name Das Lied von der Erde instead of a number. Then the next year, he published his Ninth Symphony. Still hoping to dodge “the curse of the ninth,” he developed his Tenth to an almost complete draft but never finished it. The dodge didn’t work; he died following year.)

Jean Sibelius was working on an Eighth Symphony in his final years but got fed up with it and burned it in 1945. Scholars are now trying to reconstruct the work from sketches they’ve found in his notebooks. This effort has drawn criticism from some musicians, who feel that Sibelius meant for the music to be destroyed. And they doubt a re-creation will bear any resemblance to Sibelius’s finished works.

Reconstructed compositions have, in general, not been well received. And unearthed works — even those known to be the work of a famous composer — have often been disappointing. The New Yorker’s music critic, Alex Ross, has written, “When news circulates of a previously unknown work by a canonical composer, the best response is often to pay no heed. The hype that surrounds such discoveries routinely exaggerates the value of whatever manuscript has surfaced in a dusty attic or musty basement.”

The most famous unfinished symphony is named just that: Schubert’s Unfinished Symphony — his Eighth. Music lovers have long wondered why Schubert never completed the work. Only the first two movements were published. In 1892 and in the 1970s, additional movements were created from Schubert’s notes and performed along with the original two.

However, with Schubert dead, there’ll never be a definitive completion.

Recently, the challenge of the Eighth drew the attention of computer programmers. To prove the power of their smart phone Neural New Processing Unit, the Huawei company commissioned a film composer to complete the symphony.

The completed work was premiered in February of 2019.

No one has declared the resulting composition the second coming of Schubert. And one critic, hearing the results, assured symphonic composers they have nothing to fear from automation.

But Artificial Intelligence is being given a second chance. Last year, Deutsche Telekom gathered music scholars and AI experts to produce a computer generated, complete Tenth Symphony by Beethoven.

The work was scheduled to be premiered in April 2020. But the project is taking longer than expected. To be fair to the computer-composer, we should keep in mind that Beethoven took two years to write his Ninth Symphony, and he’d been composing almost 40 years.

Or perhaps the AI program has heard about the “curse of the ninth.” 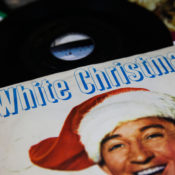