Alan Foster (1892-1969) illustrated 30 covers for the Post. Many of Foster’s illustrations were joyful and Rockwellian in nature: kids playing sports, going on a hayride, or getting in trouble in school.

Foster illustrated for several magazines of the 1920s, including The New Yorker. In addition to painting and cartooning, Foster also sold trucks and had a brief acting career.

For three years in the 1940s he created a cartoon series for Collier’s called “Mr. Fala of the White House.” Fala was Franklin Roosevelt’s well known dog. View Artwork There Goes the Bride 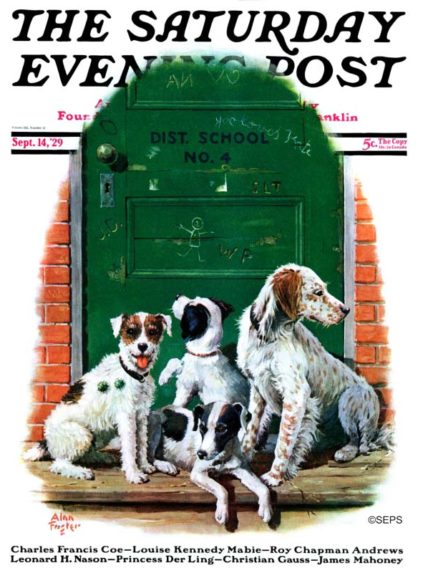