After having completed his studies and finding work as an artist in New York City advertising, Ben Prins moved to the artists’ community of Wilton, Connecticut. He spent his entire career working and commuting from Wilton, enjoying the countryside outside of the urban sprawl of the city’s five major boroughs.

The artist eventually worked his way up the American corporate advertising ladder to run the art departments of some of America’s greatest advertising firms. From 1939-1945, in the middle years of his long career in corporate advertising, Prins spent 6 years as the Art Director at BBDO (Batton, Barton, Durstine & Osborn) Advertising. Even today, BBDO is one of the most famous and internationally recognized advertising firms based out of New York City with over 15,000 employees at 289 offices in 80 countries.

For his contributions to the art and advertising world, Benjamin Kimberly Prins was inducted into the Society of Illustrators Hall of Fame and granted membership into The Art Director’s Club, both based out of New York City. He passed away at his home in New Canaan, Connecticut in 1980 at the age of 78.

Born in Leiden, Holland in 1902, Prins’ family had made its way to America by the time the young artist was ready to attend fine arts schools in New York City. Prins devoted himself to his instruction in the arts, completing many academic programs before beginning his career as a working artist.

Prins attended the Pratt Institute’s School of Art and Design, The New York School of Fine Arts, The Art Student’s League, and The Grand Central School of Art. Prins studied carefully under the tutelage of fine arts mentors George Bridgman and Dean Cornwell. 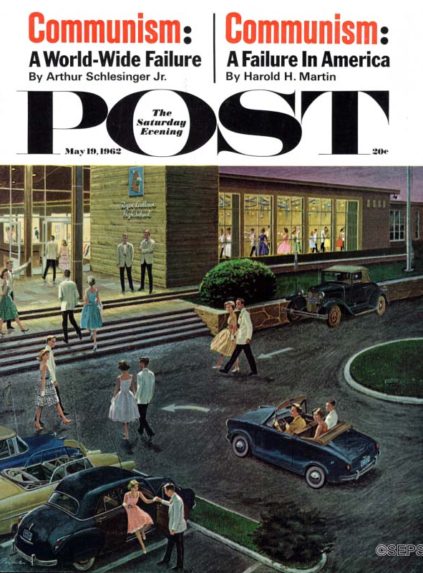