Gustaf Tenggren (1896-1970) was born in western Sweden. His father left to find work in the U.S. so, from 11 years old he had to contribute to the family income. He worked as a runner boy at a lithographer’s shop. He received a scholarship in 1910 to help him attend art school while he continued to work his day job. In 1918 he got his first real illustrating job.

In the summer of 1920 he and his wife moved to the United States. In New York, Tenggren’s career really took off. In 1935 he took an offer to work as the art director for the Disney movie, Snow White and the Seven Dwarfs, which was under production at the time. His paintings had a major influence on the central scenes. He contributed to The Ugly Duckling, Fantasia, and Bambi as well. His best known work was for Pinocchio.

Tenggren left the studio in 1939 and began to create his own book projects called The Tenggren books. These consisted of compilations of folk tales and traditional stories. He also began illustrating mass market picture books; the most famous of those was The Poky Little Puppy.

He created two covers for The Saturday Evening Post. 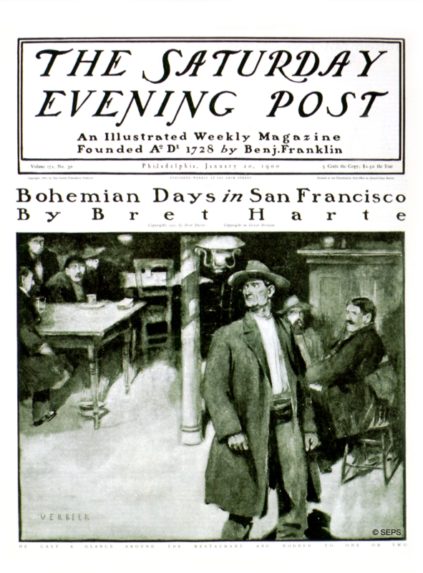