Born in Milwaukee, Wisconsin on March 12, 1888, Henry James Soulen (1888-1965) was a distinguished illustrator. He joined the Art Students League in Milwaukee, the Art Institute of Chicago, and later studied under Howard Pyle, the founder of the Brandywine School.

An illustrator for The Saturday Evening Post, Soulen began his career in May 1912. He also worked for other publications including Country Gentleman and Ladies Home Journal and received the Peabody Award for his magazine cover designs. He was well known for his use of powerful, vivid color at a time when most illustrations were in black and white.
He was a methodical researcher and owned a large collection of costumes, weapons, and other objects that he used in his drawings. At age 62, he became a college professor at the University of Maryland and taught illustration in the art department. Soulen passed way at the age of 77 in 1965. 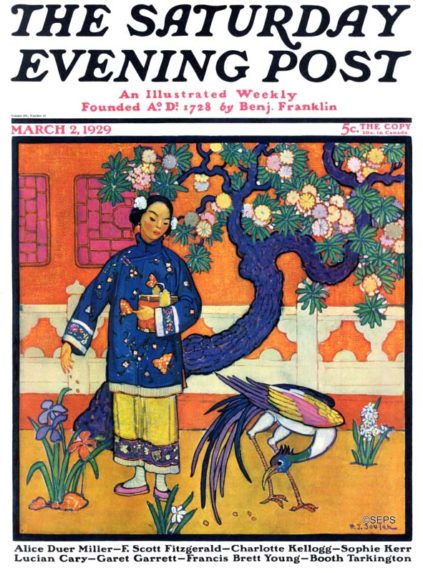