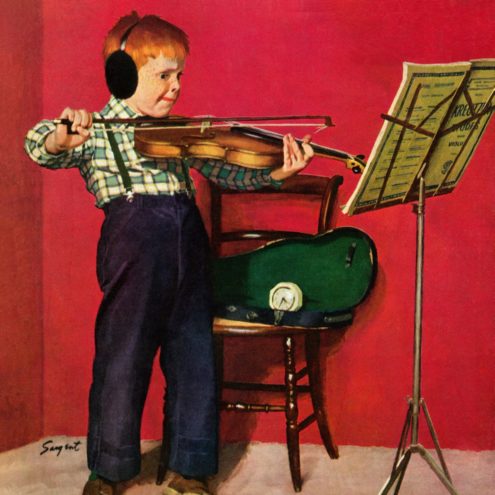 Richard “Dick” Sargent (1911-1979), one of The Saturday Evening Post’s most prolific illustrators, was a Midwesterner born in Moline, Illinois in 1911. His early career in art began just after his graduation from Moline High School, when he went to work for a local printing and engraving plant. While there, Sargent attended night classes at the Moline Illinois Art School, the foundation for his future career as an artist. 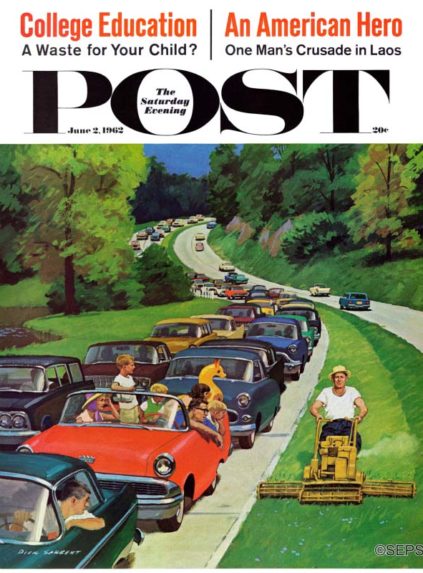 View Artwork Speeder on the Median View Artwork Smile for the Photographer 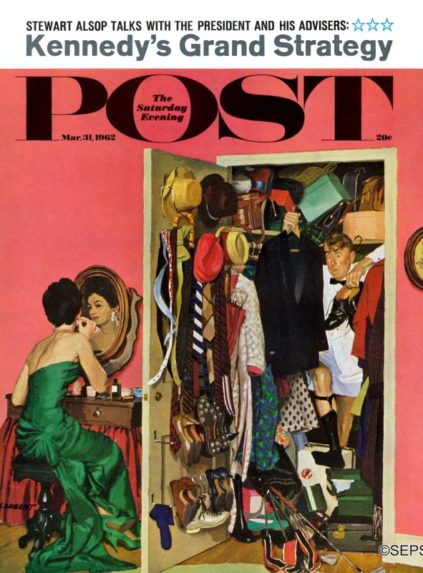 View Artwork Hunting His Tux for the Party