Sarah S. Stilwell was born in Concordville, Pennsylvania in 1878. Little is known about Sarah's early life but her nieces and nephews describe her fondly. "My Aunt Sarah was a unique person with a great deal of imagination which is quite apparent in her work. She was a self-effacing yet positive woman who loved the innocence of little children."

Sarah was fortunate to attend the Drexel Institute in Philadelphia in 1897, around the time that Howard Pyle was coming on as a full time teacher. Pyle was a well- known illustrationist in his own right, and was known for the innovations that he brought to the field of illustrating. Pyle’s classes quickly became popular, making it difficult to gain entry without strong credentials and fierce determination. In a letter to his friend Edward Penfield, the art editor of Harper's Bazaar, Pyle wrote:

"I shall make it a requisite that the pupils whom I choose shall possess—first of all, imagination; secondly, artistic ability; thirdly, color and drawing; and I shall probably not accept any who are deficient in any one of these three requisites."

In the summer of 1899, Sarah-Stilwell was invited to join an exclusive group of students at Chadd's Ford on the Brandywine. Drexel Institute had managed to raise a thousand dollars for Pyle to fund this special project, with ten one-hundred-dollar scholarships being awarded to only his most talented students. Sarah joined this exclusive group of the best and the brightest in the freedom from the tyranny of conventional and restrictive methods of teaching. They dined, worked and played together, creating a sense of comradery and openness rather than harsh competition. Sarah's time in this relaxed atmosphere would remain a theme she would foster in the years to come. At the close of Sarah's first summer session, Pyle’s report read:

"All the students have shown more advance in two months of summer study than they have in a year of ordinary instruction. This, of course, might have been largely due to the fact of the contact of the students with nature and of their free and wholesome life in the open air.   They prepared for work at eight o'clock in the morning and they rarely concluded their labors until five or six in the afternoon."

What Howard Pyle did for his most prized students was literally to launch their career in the New York marketplace. He not only showed them how to improve and refine their talent but he went a step further by introducing them to the market in which their talent could produce a livelihood. And Sarah Stilwell was one of Pyle's favorite young artist. At the turn of the century, Sarah was one of the first students to move into his Wilmington, Delaware studio at 1305 Franklin Street. There, along with other fine artists as Ethel Franklin Betts, Dorothy Warren, Frank Schoonover, Stanley Arthurs and others, she worked and shared knowledge. Howard Pyle urged Sarah never to marry, as marriage would interfere with the creative life of the artist. 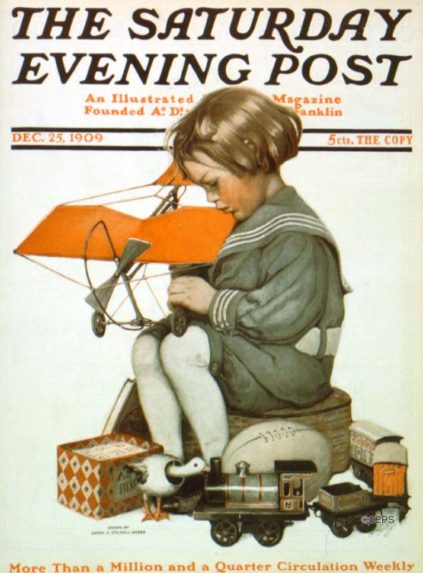