W.H.D. Koerner (1878-1938) was born in Prussia. His family moved to Iowa when he was three. He illustrated for several newspapers and magazines in his twenties before enrolling at New York’s Art Students League and then studying under Howard Pyle at the Brandywine School.

Koerner was asked by The Saturday Evening Post to illustrate several articles with Western themes, and this kicked off a fascination with the American West that influenced the rest of his painting career. Koerner created illustrations for more than 250 stories and 600 magazines, many with a Western motif.

His painting, A Charge to Keep, hung in the Oval Office during the Bush presidency. Bush said of the painting that it epitomized the mission of the Bush White House. 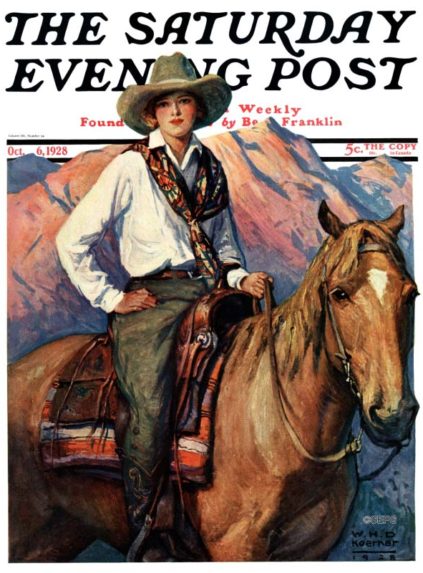