Steve Weisman is a lawyer, college professor, author and one of the country’s leading experts in cybersecurity, identity theft and scams.

He is a graduate of the University of Massachusetts and Boston College Law School. He is a member of the Massachusetts Bar and Federal Bar and is admitted to practice before the United States Supreme Court.

He was awarded a Certificate of Merit from the American Bar Association for excellence in legal journalism for his newspaper column “You and the Law.”

He has been a faculty member at Bentley University since 1998. Presently he is a senior lecturer. Steve teaches White Collar Crime. In 2013 he was awarded Bentley’s highest teaching award, the Gregory H. Adamian Award for Excellence in teaching.

Between 2009 and 2012 Steve was a columnist for the newsletter of the American Institute of Economic Research. He is presently a columnist for USA Today where he writes about issues of cybersecurity, scams and identity theft.

He has frequently appeared as an expert on the CBS News, CNN, Fox, ABC, NBC, ABC, NPR, PBS, CNBC, MSNBC, NewsMax and New England Cable News (NECN) and has been quoted in numerous publications including The Boston Globe, Barron’s, New York Times, Money Magazine, Washington Post, and the Wall Street Journal. He has also appeared as an expert on scams on the Dr. Phil Show.

“The Truth About Avoiding Scams” was chosen as one of the Top Ten Business Books of the year by Smart Money Magazine.

Steve is a sought after public speaker. His recent appearances include speeches at the national convention of the National Association of Broadcasters, the Annual Global Fraud Conference of the Association of the Certified Fraud Examiners, the Cybersec 2016 conference and the Business Defense Forum at which he was the keynote speaker.

He writes the blog www.scamicide.com where he provides information about cybersecurity, scams and identity theft that is updated daily with the latest news and developments in those areas. 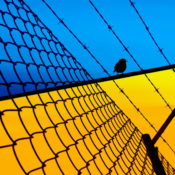 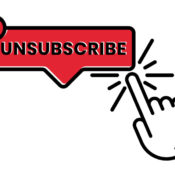