As Tiger Woods steps onto the grass at The Masters this week, the eyes of the sports world are upon him. Woods, returning from what many had thought was a career-ending accident, has defied the odds before. In 2019, Woods won The Masters after an 11-year drought at major tournaments. Could Woods make another thrilling return? In that spirit, here are five other returns by athletes that should never have been counted out.

Before we look at the Big Five, here’s a Bonus Two-for-One Special:

The Best of the Dream Team (Uploaded to YouTube by Olympics)

In 1992, Larry Bird of the Boston Celtics was on the verge of retirement. Plagued by back problems, he’d had a disc removed, missed 37 games during that season, and was headed out the door. His great friend and nemesis, Magic Johnson of the L.A. Lakers, had retired in 1991 after being diagnosed as HIV-positive. However, the two had a chance for one last run together: the 1992 Olympics in Barcelona. Joining one of the greatest athletic teams ever assembled, Bird, Magic, and the rest of Team USA stormed their way to a gold medal. For basketball fans that had watched the pair battle from the 1979 NCAA Finals and through the entire 1980s in the NBA, well, that’s why they called it “The Dream Team.” While Bird did retire after the Olympics, Magic returned to the NBA as a player in 1996, helping the team get fourth seed in the playoffs. After the Lakers lost to the Rockets, Magic retired for good. 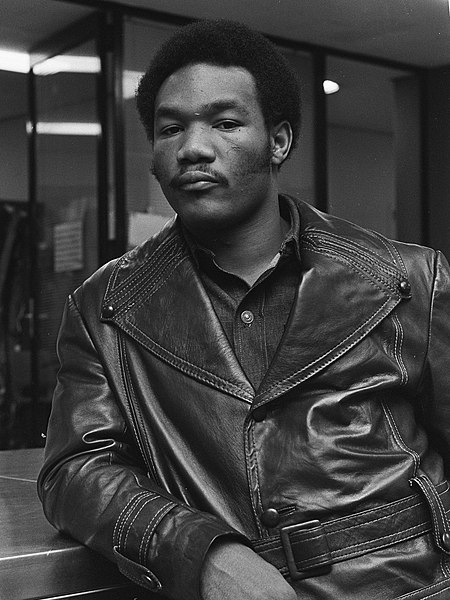 One of the best to ever lace up a pair of boxing gloves, George Foreman took gold in the 1968 Olympics as a heavyweight. Foreman went on to knock out an undefeated Joe Frazier to become heavyweight champ in 1973. His title reign came to an end at the hands of Muhammad Ali at 1974’s legendary “Rumble in the Jungle.” Foreman retired in 1977. After spending several years as a minister, Foreman came back to boxing in 1987. In 1994, the 45-year-old Foreman knocked out Michael Moorer to become the unified heavyweight champion.  He remains the oldest man to be heavyweight champion.

This Iz My Story (Uploaded to YouTube by Bethany Hamilton)

Bethany Hamilton excelled at surfing from an early age. An avid competitor by age eight with sponsorships by age ten, Hamilton had her eyes on big titles. However, in 2003 when she was 13, the unthinkable happened. During a surfing excursion, a 14-foot long tiger shark bit off Hamilton’s left arm below her shoulder. It was a trauma that would have crushed most people, but not Hamilton. She returned to the waves a mere month after the incident. In 2005, she took first in the NSSA Nationals and won her first pro tournament in 2007.

There’s no debate about the greatness of Mario Lemieux. He’s widely regarded as one of the greatest hockey players ever. Lemieux debuted for the Pittsburgh Penguins in 1984 and quickly became a star. He was Rookie of the Year and was only outscored in his sophomore season by Wayne Gretzky. Though Lemieux would struggle with back injuries, he was a major force in the NHL as one of the sport’s biggest scorers. In 1993, “Super Mario” was diagnosed with Hodgkin lymphoma. Undeterred, he continued to play, even on the same day as radiation treatments. Incredibly, he won the scoring title that year. Though he continued to play at a high level, the years of back problems and his earlier battle with cancer factored in to Lemieux’s decision to retire in 1997. With the Penguins facing money trouble, Lemieux came in with a plan to become the team’s majority owner. He helped turn things around the ledger, and then did something more incredible: he returned to the ice. Lemieux played from 2000 to 2006, ending his career with dozens of records and an Olympic gold medal from 2002.

For Michael Jordan, an NBA championship wasn’t a question of “if,” but a question of “when.” Joining the league in decade dominated by the Celtics and the Lakers, Jordan turned around the fortunes of the Chicago Bulls. He led the team to a finals win in 1991, and then again in 1992 and 1993. Tragically, Jordan’s father, James Jordan, Sr., was murdered by carjackers in July of 1993. That October, Jordan retired, citing his father’s death, a loss of desire to play, and general exhaustion.  After detour to play minor league baseball, Jordan issued a two-word press release (“I’m back”) and returned to the NBA in March 1995. He lifted the struggling Bulls into the playoffs, where they lost to the Orlando Magic. As the meme goes, Jordan took that personally. Over the next three seasons, Jordan led the Bulls to championships in 1996, 1997, and 1998, cementing his status as one of, if not the, greatest to ever play the game.

How could The Greatest now be #1? Muhammad Ali’s life was defined by battle. Whether it was taking the Olympic gold medal in Rome in 1960 or taking his draft evasion conviction all the way to the Supreme Court, Ali never backed down from a challenge. After becoming champion in 1964, Ali voiced his opposition to the war in Vietnam and proclaimed his status as a conscientious objector. His titles were stripped, and Ali fought the decisions in court.  The conviction was overturned in 1971 and Ali found himself in the position to challenge Joe Frazier for the heavyweight title. Both men were undefeated going in, but it was Ali that left with his first professional loss. Of course, that didn’t mean that Ali was done. He faced Frazier again in 1974, defeating his old rival to get a shot at the then-current champ, George Foreman. At the “Rumble in the Jungle,” Ali knocked out Foreman to retake the title. He would eventually retire in 1981, a three-time heavyweight champion