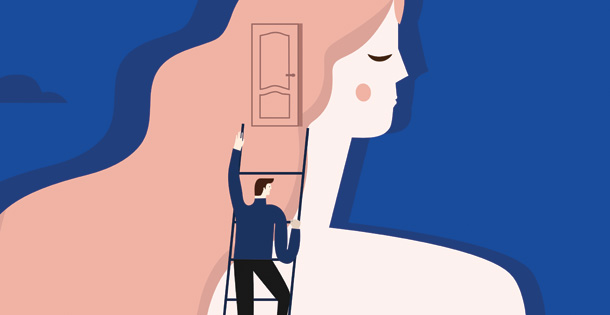 Psychiatry is at a historic turning point. The profession is finally taking its rightful place in the medical community after a long sojourn in the scientific wilderness. The National Institute of Mental Health reports that one in four persons will suffer from mental illness in their lifetime. You are more likely to need services from psychiatry than any other medical specialty. Yet far too many people consciously avoid the very treatments now proven to relieve their symptoms.

A few short generations ago, the greatest obstacles to the treatment of mental illness were the lack of effective treatments, unreliable diagnostic criteria, and an ossified theory of the basic nature of the disease. Today the single greatest hindrance to treatment is not any gap in scientific knowledge or shortcoming in medical capability but the social stigma.

Though we live in a time of unprecedented tolerance of different races, religions, and sexual orientations, mental illness — an involuntary medical condition that affects one out of four people — is still regarded as a mark of shame, a scarlet letter C for “crazy,” P for “psycho,” or M for “mental.” Imagine you were invited to a friend’s wedding but unexpectedly came down with an illness. Would you prefer to say that you had to cancel because of a kidney stone … or a manic episode? Would you rather offer as your excuse that you threw out your back … or suffered a panic attack? Would you rather explain that you were having a migraine … or were hungover from having gone on a bender?

A few years ago, I gave a talk at a luncheon in midtown Manhattan about mental illness to raise funds for psychiatry research. Afterwards, I circulated among the attendees — smart, successful, and outgoing people who had all been personally invited to the event by Sarah Foster, a prominent socialite whose schizophrenic son had committed suicide some years ago while a senior in high school. They chatted over poached salmon and Chablis, openly praising Sarah’s selfless efforts to raise awareness about mental illness — though none of them admitted any direct experience with mental illness themselves. Instead, mental illness was treated like the genocide in Sudan or the tsunami in Indonesia: an issue highly deserving of public attention, but one quite distant and removed from the patrons’ own lives.

Several days later, I received a call at my office. One of the attendees, an editor at a publishing company, asked if I could help her. It seemed that she had lost interest in her job, had trouble sleeping, and frequently become very emotional, even tearful. Was she having a midlife crisis? I agreed to see her, and eventually diagnosed her as suffering from depression. But before she made the appointment with me, she insisted I keep it completely confidential — and added, “Please don’t say anything to Sarah!”
—
From the book Shrinks: The Untold Story of Psychiatry

To read the entire article, pick up the November/December 2015 issue of The Saturday Evening Post on newsstands or …