The French New Wave actor known for cerebral performances in the films of Europe’s most acclaimed directors has passed away at the age of 89. In his written tribute to Moreau’s craft and legacy, New Yorker writer Richard Brody said of the French actor, “She was an artist raised and trained in traditions that she expanded without destroying; she embodied not the narrowly intellectual artist but the person of culture, and she also embodied the paradoxes of culture in an age when its own presumptions were being challenged.” Moreau’s complex artistry was a perfect fit for avant garde European cinema, demonstrated by her impressive list of cinematic collaborators: Luis Buñuel, Orson Welles, François Truffaut, and Jean-Luc Godard, among others.

In the 1965 Post profile, “Jeanne Moreau: Death, Suffering, Love,” C. Robert Jennings visits Moreau’s Riviera estate to learn more about the already-accomplished actor. She talks about her lover, Pierre Cardin, her transparent nature, and even her family’s attempt to escape from Nazi-occupied Paris in her childhood. At the time, Moreau was preparing to star in Viva Maria! alongside Brigitte Bardot: “‘Men,’ she said, ‘don’t want to believe in friendship between women. But I need women to keep my equilibrium — and to laugh.’”

Jennings’s story captured the sensitivity and intellect of Moreau at a time when American interest in her gritty films was mostly limited to metropolises and fringe groups. The profile suggests a delicate — but deep — artist following her instinct into cinema history. 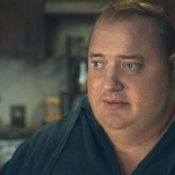