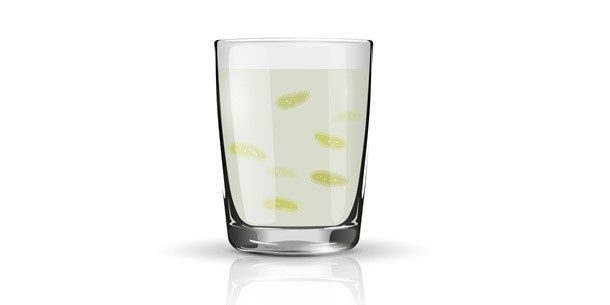 While we rafted down the Snake River in the U.S. Rocky Mountains on a family vacation many years ago, our guide encouraged us to taste the sparkling clear mountain stream water. We did, and it was wonderful—until we got home. That’s when my wife, three children, and I began to experience abdominal cramps and diarrhea. The diagnosis, later confirmed by the hospital lab, was obvious: giardiasis, an intestinal infection caused by giardia, a protozoan parasite found in food or water contaminated by feces from infected animals. Treatment with an antibiotic cured us, but not before we had each lost five to ten pounds.

Drinking unfiltered, untreated “raw water” has become the rage in many places, particularly on the west coast. Proponents claim unprocessed water has healthy and natural minerals normally removed from treated or filtered water, and eliminates contamination from chemicals found in tap water, such as fluoride or lead leached from old pipes. They ignore the fact that raw water can still contain pesticides and a plethora of bacteria—giardia being just one—from animal excreta. That hasn’t stopped companies from bottling and selling 2.5 gallon bottles of “natural spring water” for thirty-five dollars and more.

Drinking “natural” water is risky. Millions of people living in developing countries would love to have our access to water treated to remove bacteria, parasites, pesticides, and other contaminants, instead of being exposed to water-borne diseases such as cholera, which is still a global threat.

It’s important to stress that everything “natural” is not necessarily good for you: poison ivy is natural; a bee sting is natural; and so is a snake bite. And everything “processed” is not necessarily bad. Fluoride in the drinking water is considered one of the top ten health achievements of the past century because of its ability to prevent tooth decay. I wish it had been in my drinking water when I was growing up; I could have avoided the five or six cavity fillings at each dental visit!

Why people shun advances known to improve health, under the mistaken belief that “the old ways were best,” is one of life’s mysteries. This brings to mind the anti-vaccination movement I touched on in a past article on the shingles vaccine. While many alternative approaches to health care can be beneficial and complementary to “usual” medicine, one must be wary of bogus claims and an attitude of “don’t confuse me with facts.”

It is true that we suffer from an aging and crumbling infrastructure, and that many locations still use lead pipes, tragically exemplified in Flint, Michigan. However, the challenge is to fix the system, not to add more risk by drinking unprocessed water. My advice: Don’t do it.