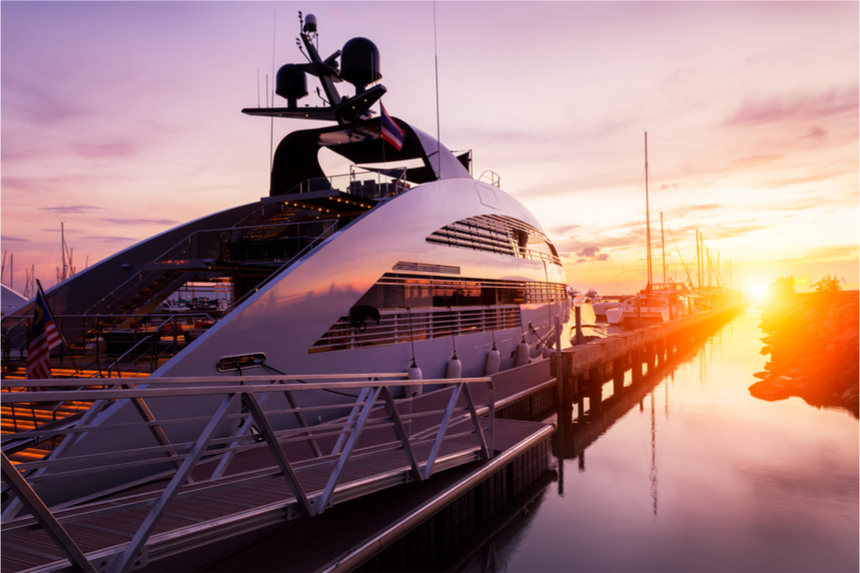 All I Want for Christmas Is …

Did you win the Mega Millions lottery this week? I didn’t either. Sure, it didn’t help that I forgot to buy a ticket, but that doesn’t lessen the pain. But if you won, perhaps you’d be interested in buying a 74-foot solar yacht. It’s only $7.1 million.

That’s just one of the gifts you can buy from this year’s Neiman Marcus Christmas Book. You can also get a tour of the four Grand Slam tennis tournaments with Sloane Stephens (only $555,000), a private “secret agent adventure” in Las Vegas ($315,000), and a personalized outfit designed by Oscar-winner Colleen Atwood (that’s $300,000).

I don’t remember gifts like this in the Sears Wish Book.

To be fair, most of the gifts in the catalogue are normal, and won’t cost you thousands or millions of dollars. If you did win the lottery, you could buy everyone in the world a set of towels or a tin of popcorn.

This is another one of those gender/Kleenex stories that you always hear about.

Kimberly-Clark, the company that makes Kleenex tissues, has been selling a “Mansize” tissue in the United Kingdom for 60 years. But the company has been the subject of many complaints lately (many of them on social media, of course) because the tissues are “sexist.”

Let’s pause this section of the column to think about the fact that people are calling Kleenex tissues “sexist.”

One concerned mother tweeted that her four-year-old son saw the word “Mansize” on the product and asked his mother what it meant. She informed him that it was a decades-long plot by the tissue conglomerates to force women into a subservient role in society. Well, no, she didn’t actually say that, but I’m sure some other people think something similar.

The company listened to the complaints, and now the tissues are being rebranded as “Extra Large.” Oddly, “Mansize” is still being used on their website.

I just wonder how overweight people are going to feel about the words “extra large.”

50 Years of the Fisher Space Pen

A lot of people think that NASA invented the Space Pen, originally called the Anti-Gravity 7, but it was actually the brainchild of Paul Fisher in the 1960s. If you’re not familiar with it, it’s a retractable pen that writes over grease, upside-down, and even in zero gravity, which is why NASA was interested in them for the first Apollo mission.

When people think of the Space Pen, they’re usually thinking of another one of Fisher’s inventions that is probably the most well-known. The Bullet Pen also writes in zero gravity, but it’s a small, rounded, bullet-shaped pen that is the perfect size to carry in your pocket, and you can add a little clip to attach it to your planner or phone case. I have one, and while I’ve never tried it in space, I can report that it works well and is really handy.

The pens are still flown on every space mission.

I haven’t been watching What’s My Line? and To Tell the Truth on Buzzr that much lately. It used to be a daily watch for me, but they’ve switched to showing the 1970s color episodes. While I watched them as a kid and enjoyed them, I don’t enjoy them as much today. Maybe it’s the fact that the celebrities seem dumber and the humor more crass, maybe it’s the horrible ’70s clothing, or maybe it’s the fact that Soupy Sales is a little hard to take, but they’re just not as enjoyable as the black-and-white episodes of the ’50s and early ’60s.

But I was channel surfing last week and came across To Tell the Truth, heard the name “Norman Rockwell,” and knew I had to stop and watch. The panel had to guess which of the contestants was Robert Charles Howe, a teenager who won a Saturday Evening Post contest in the early ’70s. I did a little digging and found this fascinating Chicago Tribune article from 1986 that describes how the talented Howe won the contest, what happened after his self-portrait appeared on the March/April 1973 cover and he came to work for the Post, and the health problems that he endured all his life. Unfortunately, I couldn’t find a video of the episode, but if I do I’ll post it in a future column.

Bill Newcott has already given his list of smart horror movies, and Troy Brownfield picked 15 funny-but-scary films, but I’d like to add a few films to those lists that Turner Classic Movies is going to show on October 31.

They’ve actually been showing horror movies every Wednesday this month, but on Halloween they have an all-day marathon of scary flicks, including Dementia 13, the 1963 cult classic directed by Francis Ford Coppola; Cat People, the weird 1942 film produced by Val Lewton; Carnival of Souls, from 1962; and then starting at 8 p.m. there will be a marathon of Vincent Price films, including House of Wax, Pit and the Pendulum, and House on Haunted Hill.

If you’re not in the mood to be scared and want to get a head start on Christmas instead (besides reading the Neiman Marcus catalogue), the Hallmark Channel will have a marathon of made-for-TV holiday movies all day.

Danny Leiner directed such comedies as Dude, Where’s My Car? and Harold and Kumar Go to White Castle. He also directed episodes of The Sopranos, Gilmore Girls, Sports Night, The Office, and Arrested Development. He died last week at the age of 57.

Todd Bol was the creator of the Little Free Library, those small boxes outside many homes that are filled with books you can borrow. He put the first one outside his Wisconsin home in 2009, and now there are more than 75,000 of them all around the world. Bol died last week at the age of 62.

James Karen was in everything, and you’d know the face more than the name. He appeared in such movies as Poltergeist, All the President’s Men, Wall Street, The China Syndrome, and in TV shows like Little House on the Prairie, The Larry Sanders Show, As the World Turns, Murphy Brown, and Seinfeld. He died Tuesday at the age of 94.

“The Titanic replica will have the same interiors and cabin layout as the original vessel, but with modern safety features. You know, for example, doors large enough for two people to float on.”

—The Late Late Show’s James Corden, talking about the Titanic II that may set sail in 2022, and referencing a famous movie scene.

Here’s a history of the logo from 2001, narrated by Bill Kurtis:

In this Rockwell Video Minute, a look at the Halloween cover the artist drew for the October 23, 1920, issue.

Halloween is the one day where you should take a chance and eat something you wouldn’t ordinarily eat, something you’ve always thought you’d never eat, maybe even something that has always seemed a little … gross.

The United Nations wants us to eat more bugs. At the top of the list are ants, grasshoppers, crickets, stinkbugs, and tree worms. Sorry, I’m not eating anything called a “stinkbug.”

If you’d like to eat something that looks like a bug but doesn’t have any of the qualities of the real thing, how about making these Brownie Spiders from Taste of Home, these Garlic and Herb Cheese Ball Bats from The Hopeless Housewife, or this Bug Salad from MyRecipes (no actual bugs are harmed in the making of this recipe).

I might be really daring this year and eat something that terrifies me to my very core: liverwurst. Ooooooo, scary!

Does anyone really like this stuff? I can eat maybe three of them before I realize it’s like eating wax covered in sugar.

We can’t have our own tissues anymore, but hey, we can still make dinner!