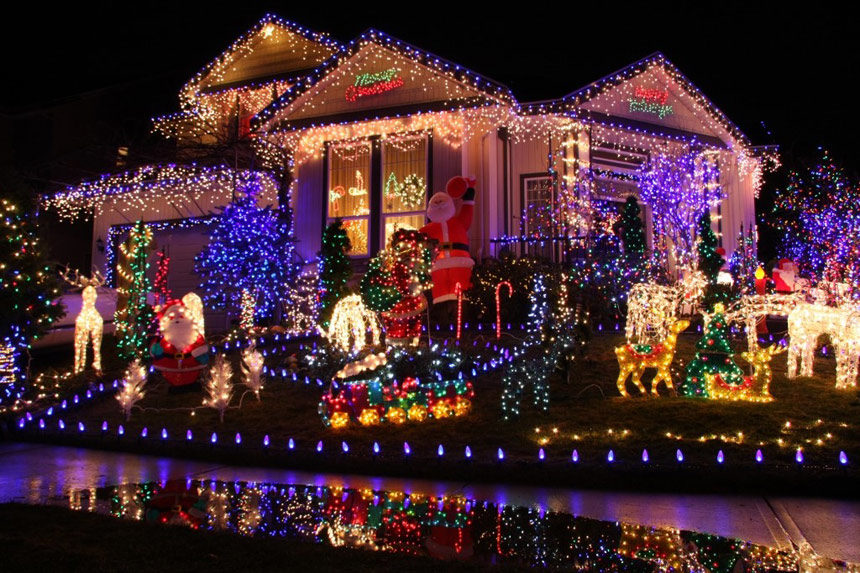 Americans spend over $6 billion a year to decorate for Christmas. (Shutterstock)

You may not know his name, but you see the results of his work every holiday season. He’s affected businesses, city streets, public parks, and homes. Christmas at Rockefeller Center wouldn’t get its big opening moment and entire television programs wouldn’t exist without his singular innovation. We’re talking about Edward H. Johnson, the Father of the electric Christmas tree light.

Born in 1846, Edward Hibberd Johnson hailed from Philadelphia. By age 19, he was working for General William Jackson Palmer on the Kansas Pacific Railroad. Johnson eventually became Palmer’s assistant, and in 1871, Palmer dispatched him to manage the Automatic Telegraph Company in New York. At Automatic, Johnson hired a 24-year-old Thomas Edison. Johnson enthusiastically supported Edison, even helping him to found his Menlo Park, New Jersey headquarters.

Johnson had an obvious talent for recognizing the gifts of others. While working with Edison, Johnson also hired inventor Frank J. Sprague, who introduced a mathematical system for trying inventions, rather than Edison’s legendary trial and error method.

By 1882, Johnson had become the vice president of the Edison Electric Light Company. During his tenure, he lived in one of the first “wired” areas of New York City. Johnson got the idea to take advantage of the available electricity and commissioned a set of specially made Christmas bulbs at the company in order to replace the candles that were frequently used to light Christmas trees. In fact, early print ads for electric lights illustrated the dangers of using candles on trees, including pictures of “candle trees” consumed by flames. The first electric strands that Johnson commissioned had 80 red, white, and blue walnut-sized bulbs, which he used to decorate a tree in his own home. Journalist William Augustus Croffut visited Johnson and wrote a story about the tree for the Detroit Post and Tribune.

While Johnson became well-known in the overall business of electricity (he worked for the company that became General Electric, and the Edison Electric Light Company would itself become Con Ed), his reputation grew as “Father of the Electric Christmas Tree Light.” The practice got more popular when President Grover Cleveland introduced an electrically lit tree to the White House in 1895. By 1901, Edison Electric was selling nine-socket lighting strings and taking out ads in publications like the Ladies Home Journal.

Today, it’s estimated that Americans spend more than $6 billion annually on Christmas decorating. More than 80 million homes decorate and over 150 million strands of lights are sold each year. Since 2013, ABC has hosted The Great Christmas Light Fight, a decorating competition show that gives a $50,000 prize in each episode. That’s all part of a massive tradition that started because one innovator wanted to try something new. It’s no wonder that the symbol for an idea is the lightbulb.