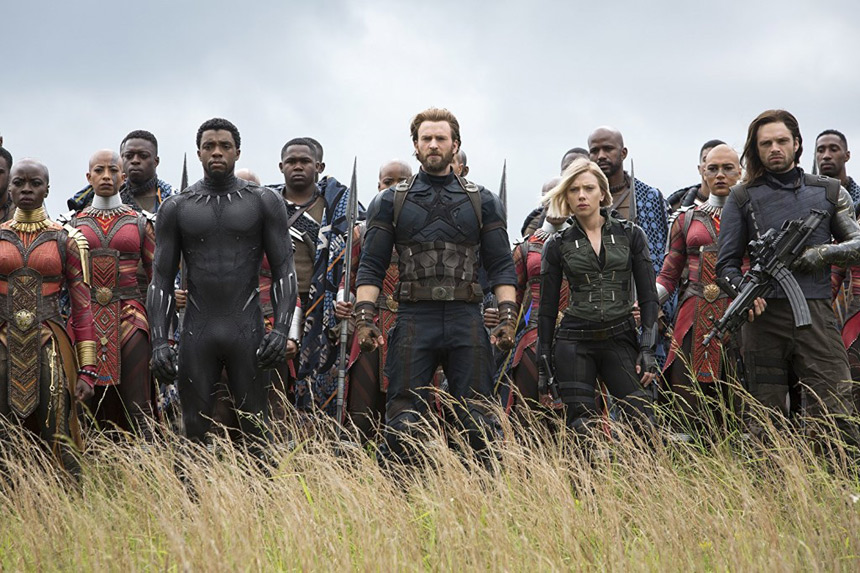 The German philosopher Georg Wilhelm Friedrich Hegel called it Geist der Zeiten; that’s “the spirit of times.” Over the years, we’ve shortened the phrase to zeitgeist as a reference to forces or coincidences that dominate or emerge at particular points in history or culture. You can find flashpoints in literature or film where prevailing themes took over and a number of stories that hit the same plot buttons emerged, all commenting on or reflecting the times in which they were created. A recent study by researcher Bo McCready examines the popularity of different film genres across the decades, and his statistical analysis gives us an interesting window in the national mood of the United States.

The notion of tying current events or general trends in culture to the popularity of films isn’t a new idea; in fact, it’s a staple of film criticism and serious writing about literature. In his 1981 non-fiction book on the horror genre, Danse Macabre, Stephen King discusses these ideas at length, particularly in the chapter called “The Modern American Horror Movie—Text and Subtext.” King suggests that cultural connections can power popularity, noting that The Exorcist blew up at a time when tension between adults and teenagers was particularly high (in the early 1970s during the Vietnam and Peace Movement eras), while The Amityville Horror reflected fear of losing a house during times of economic uncertainty. King also notes that other countries might have different concerns that produce different effects, such as the social paranoia of 1970s West Germany manifesting in the popularity of Dawn of the Dead there. Similarly, film historian and author David J. Skal has written about a number of social connections through the decades. In his book, The Monster Show, he draws parallels like the explosion of Universal horror films during the early years of the Great Depression, the rise of science-fiction horror during the Cold War and Space Race of the 1950s, and the resurgence in the popularity of vampire films during the AIDS crisis of the 1980s.

David J. Skal explored the connections between film and culture in The Monster Show. (©Penguin Books and David J. Skal)

These connections aren’t just limited to the horror genre. As Skal notes, war films generally attract more attention in wartime. The Western boom of the 1950s and their optimistic view of “manifest destiny” and the nation’s expansion coincided with a positive American self-image after World War II. The more intense and complex dramas of the early 1970s sprang from the turmoil of the Vietnam era. The runaway success of films like Star Wars reacted against the post-war malaise that afflicted both the American mood and economy in the latter half of that decade. Today’s apparent super-hero dominance at the box office is driven in part by the fact that special effects finally caught up to what you see on the comic book page, but is also powered by a combination of clearer hero/villain narratives in an increasingly complicated world.

McCready found similar beats and patterns in pop culture when he began his study. A researcher and analyst in education, his interest in quantitative data was initially sparked by the book Moneyball. He launched his genre study when he found out that the Internet Movie Database made their rating information available for download. A horror fan, he started there. McCready said, “I dove in and produced a visualization about the evolution of the horror genre. I thought the trends were interesting and I started swapping in other genres. Once I graphed war films and saw the peak during the Second World War, I figured I had something worth digging into!”

The numbers bore out trends that people like Skal and King had been writing about. McCready said, “I was surprised to see how well genre trends tracked with our history. War films peaking during wartime, a bump in science fiction after the launch of Sputnik… there are tons of little stories within the data.”

McCready is used to following numbers, but the stats that surprised him were his own. When he tweeted the graph of his findings, he didn’t realize that he was about to go viral. The interactive version has more than 170,000 hits, and the image version made the front page of Reddit.

As you might expect, the general public’s data literacy is a concern for McCready. The researcher outlines several things that the layperson should note when digging for their own numbers. He says, “The first is trusting everything — if you see a number, it must be true, because numbers appear objective. The second is trusting nothing — once you learn about the limitations of data, you can pick holes in pretty much anything if you want to. And the third is being a critical consumer — recognizing that almost all data is flawed and imperfect, but that doesn’t mean it can’t teach us a lot!”

In fact, McCready admits that his own work can exist outside the realm of perfection. He explains, “The data I used for this project absolutely is ‘biased,’ particularly when you’re looking at something like user ratings, but it also tells one interesting story after another. We should all be critical consumers of the data we see, but we also shouldn’t dismiss the good and useful in the quest for the perfect, which we’ll never really get. There’s a big difference between imperfect and meaningless, and I think people too often mistake the former for the latter.”

While it’s easier to find examples of how these film comparisons play out over time, we can still sense how certain trends are happening today. Of particular note is the sheer number of films that attempt to reckon with the country’s record on race. From Get Out to Green Book, from Black Panther to BlacKkKlansman, a larger number of movies grapple with that difficult topic from a variety of perspectives. The success of these films and others, like Crazy Rich Asians, demonstrate that the movie-going public is not confined to one audience and is in fact hungry for different American experiences receiving representation.

Even if you agree with McCready’s premise that no number is perfect, it’s still interesting to see how the popularity of genre lines up with certain decades (westerns with the 1950s, for example) or how some are doggedly consistent (the percent of comedies is remarkably consistent since 1949). Whether it sets out to or not, art always ends up reflecting the time in which it was created. No matter what genre is popular in which decade, we’re always going to have a better understanding of ourselves when we consider what entertains us, and why.