Anyone who has watched the dystopian movie Blade Runner knows about the damage that synthetic humans can supposedly do. That film was science fiction, but did you know that synthetic identities are very much a reality? Unfortunately, it will take more than a hardened retired cop to save you from these replicants.

According to risk management firm ID Analytics, synthetic identity theft accounts for as much as 85 percent of all identity theft. The Federal Trade Commission (FTC) calls it the fastest growing type of identity fraud.

In 2007 a man in Arizona became a victim of synthetic identity theft when his Social Security number was stolen and combined with more than 30 different names and addresses. Among the phony names used was Gaylord Focker, which was the name of the character played by Ben Stiller in the movie Meet the Parents.

The absence of a credit report is an important factor in synthetic identity theft. When someone applies for a credit card or some other form of credit, the company granting the credit will generally search the files of the three credit reporting bureaus to determine credit worthiness. If no file is found, as would be the case with synthetic identity theft, a new file would then be established. This now provides a starting point for the thief to establish credit to later exploit.

Often the synthetic identity thief will start with credit card issuers that offer credit lines of up to $500 to people without good credit histories. Gradually they may add accounts such as cell phone accounts, retail store accounts, and car loans, and obtain credit cards with increasing credit limits. All the while they are making on-time payments in order to increase their credit score to put them into a better position for the ultimate payoff, which is referred to as a “bust out.”

Sometimes synthetic identity thieves will build their credit scores more quickly by adding their synthetic  identities as authorized users on accomplices’ accounts through a technique called “piggybacking.”  The fraudster can then add the account history of the account in good standing to their credit report. In many instances this is a quick way to establish good credit on behalf of the authorized user and is often legitimately done by spouses or parents adding children to their accounts. Synthetic identity thieves will often trick unsuspecting people into adding the criminal to their accounts as authorized users under the guise that they are doing this to merely establish or repair a legitimate credit history. Once the synthetic identity thief has established good enough credit, he or she busts out by incurring large debts that are never repaid.

Some telltale signs of synthetic identity theft include being contacted about an account that you never opened or a debt that you didn’t incur. Also look for aliases listed on your credit report. A dramatic lowering of your credit score coupled with a lack of negative information on your primary credit report is another indication.

If you discover that you have become a victim of synthetic identity theft, notify each of the three credit reporting agencies of the crime and ask them to investigate the matter and remove the false information from your sub-files.

Parents also should, as much as possible, try to limit the places that have their child’s Social Security number and become familiar with the Family Educational Rights Privacy Act, which helps you protect the privacy of your child’s school records and enables you to opt out of information sharing by the school with third parties.

A new law, the Economic Growth, Regulatory Relief and Consumer Protection Act, will make it easier for banks and credit card companies to verify Social Security numbers with the Social Security Administration. Unfortunately, the law doesn’t take effect until next summer and is only a pilot program. 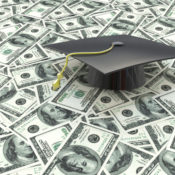