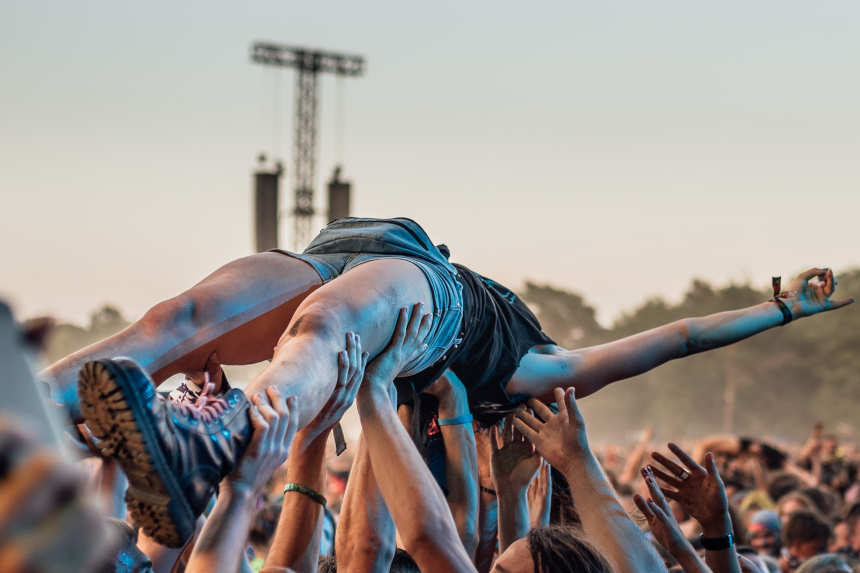 Ask anyone in Hollywood: it’s easy to make a sequel, but it’s hard to make it work. The list of sequels that equal or exceed the originals is fairly small (The Godfather: Part II. The Empire Strikes Back. Aliens). In 1994, promoters pulled off a successful 25th anniversary sequel to 1969’s Woodstock. The cleverly named Woodstock ’94 accelerated the careers of acts like Nine Inch Nails and Green Day, and reinvigorated others, like Bob Dylan’s. However, the next attempted installment of the peace and music franchise, Woodstock ’99, which ran from July 22 to July 25, would not be remembered as fondly. Though a number of acts and attendees recall have a good time, the public image of the event was a disaster, with fires, vandalism, and sexual assaults casting a very dark cloud over the intended spirit of the show. What the promoters couldn’t have known at the time was that the show was doomed from the start.

Both the original festival and the ’94 installment were held in pastoral areas of New York State with open fields, grass, and trees. Woodstock ’99 took place at Griffiss Air Force Base; the base had been closed since 1995 and was once a Superfund site, meaning that it required government intervention and funding to clean up hazardous waste and materials there. The East and West stages were over two miles apart from one another, with tarmac in between. That would prove to cause major problems for concertgoers once the heat of the week settled in at over 100 degrees. A lack of shade coupled with the tarmac made for very difficult conditions. Additionally, there was a high-security vibe surrounding the affair; whereas the first two Woodstocks had broken down into “free concerts,” the ’99 edition had a high degree of corporate sponsor involvement, tighter metal and plywood fencing, and roughly 500 New York State Police brought in to work security.

The problem of the heat was exacerbated by the fact that water was in short supply. Though there were free drinking fountains, there weren’t enough to support a crowd of thousands, resulting in long lines just for a quick drink. Food vendors at the site were selling water and soda for a minimum of $4 a bottle, making it expensive to stay hydrated. Over the four days, some concertgoers broke open the water fountains to allow free-flowing water. Food options inside the venue were limited; while you could shuttle to nearby Rome and back, food and water prices at the show were exorbitantly high for the time, making general comfort and temperature safety hard to manage. With heat radiating back off of the tarmac at nearly 110 degrees, some attendees ran out of money simply trying to stay hydrated.

Heat, in addition to frustration over food, water, costs, and the inconvenient spread of stages, as well as heightened security, played into rising tempers among the crowd. Rob Sheffield, writing for Rolling Stone at the time, noted the brutality of the crowd when Korn played; he wrote, “The pit erupts as the Peace Patrol security guys whisk one kid after another to the emergency tent. The medical crew keeps ripping open new packages of disposable cardboard stretchers.”  When the band Limp Bizkit took stage on Saturday, there were reports of fighting and vandalism in the crowd; worse, witnesses reported sexual assaults in the midst of the show. Regarding the Limp Bizkit set, Sheffield wrote, “In the pit, where people go to fight and nothing else, the violence has gotten out of hand, and a rape is later reported.” Some observers put the blame for violence in the crowd on Limp Bizkit frontman Fred Durst; of course, it didn’t help that one of the featured songs in the set was “Break Stuff” which exhorts at one point, “And if my day keeps going this way, I just might/Break your f—— face tonight/Give me something to break/Just give me something to break.”

Korn performing “Freak on a Leash” from Woodstock ’99. (Explicit Language Advisory / Uploaded to YouTube by Korn on MV)

The final night of the show saw things completely break down during the Red Hot Chili Peppers closing set. Playing “Fire” by Jimi Hendrix as a tribute to that original Woodstock performer was a well-meaning idea; however, the rising tension and the fact that an anti-violence group had passed out candles for a candlelight vigil added up into fans starting bonfires. Heaps of crushed plastic bottles were burned as more fires started, one of which claimed one of the audio towers. As the show ended, concertgoers ripped plywood from the fencing to keep bonfires going; other people vandalized vehicles, looted equipment, destroyed and robbed ATMs, and burned vendor stands, trailers, a bus, and portable toilets before police gained control. The police investigated four rapes and one fan died of complications related to overheating.

Twenty years later, theories persist about what went wrong. Some have tried to characterize the music itself as being at fault, given the prominence of harder bands and “nu-metal” among the performers, but metal shows happen every day around the world without incident. Rage Against the Machine guitarist Tom Morello, who played at the show, offered his take in the 2013 book Louder Than Hell; he said, “For me, Woodstock ’99 was the low point of nu metal. The rapes in the pit, the trashing of the sites. It just seemed like it distilled the worst elements of metal – the misogynist jock buggery – and the message wasn’t announced as ‘This is a horrible thing.’ It was more like, ‘This is our new Woodstock generation – [a] bunch of idiots.’”

Others have laid the blame on alcohol being the drug of choice over the copious amount of marijuana at the original show, but alcoholic beverages were available at the ’94 show as well. What’s most likely is that a combination of a bad location, heat, anger at prices, and agitators in a crowd of thousands provoked a mob-like response that, thankfully, didn’t extend to everyone present. The sexual assaults, of course, were a separate, horrible scourge, perpetrated by predators that may have felt safe in the relative anonymity of a sea of people.

What remains is that the last active show to use the Woodstock name bears the stain of some terrible actions. A 50th anniversary show has been scheduled for August for some time, but the original venue bailed out and the proper permits have been denied repeatedly, as recently as this week. It remains to be seen if the show will actually occur. It’s never been a bad idea to celebrate peace, love, and music; if the new festival does take place, hopefully it will emulate the original in more ways than just the name.