Last month, 88-year-old author Edna O’Brien published her latest novel, Girl, a fictional portrayal of the young Nigerian girls kidnapped by Boko Haram in 2014. The Irish novelist got her start in The Saturday Evening Post, where her first short story, “An Orphan on the Run,” was published in 1955.

O’Brien published her breakout debut novel, The Country Girls, in 1960. The same year, her poetry appeared in this magazine four times. O’Brien’s verse stood out against many of the lighter fare printed in the Post that year. Like the fiction for which she would win acclaim in the decades to come, O’Brien’s early poetry unspools the complex experiences of disappointment, confinement, and motherly love. 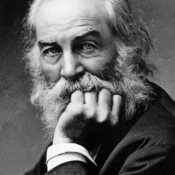