I was in a department store, shopping for items the Victorians called “unmentionables,” when a 1992 song from the British band The Cure began to play.

From hidden speakers, under the bright retail lights, lead vocalist Robert Smith  — a pale Goth in eyeliner, lipstick, and a tangle of ink-black hair — sang the opening bars of “Friday I’m in Love.”

This song was deeply familiar from my high school and college years. Back then, Smith was a romantic figure: a moody, sensitive rebel who fronted an alt-rock band. Though he strove to look three-quarters dead, he would not be caught dead in the women’s underwear section of the flagship store in a suburban mall.

Yet here he was in 2020. A wave of cognitive dissonance crashed over me. Why was the store piping in The Cure, a poignant reminder of my vanished youth? Was nothing sacred?

For Americans born between 1965 and 1980, the generation known as Gen X, this is now a common experience while shopping. We select lettuce from a superstore crisper to the rapturous vocals of Belinda Carlisle in “Heaven Is a Place on Earth” (1987). We try on sensible shoes to the late Dolores O’Riordan of the Cranberries singing “Linger” (1993). Checking our tween into the orthodontist’s office, we’re assailed with INXS’s darkly urgent “Devil Inside” (1987) or REO Speedwagon’s earnest “Keep On Loving You” (1980). We gas up our SUVs to the sound of giddy infatuation in Sting’s “Every Little Thing She Does is Magic” (1981).

Decades later, these 1980s and 1990s pop songs still pack a wallop. In a recent essay, Gen X writer Meghan Daum wrote that she’s stopped listening to four decades of pop music, songs that evoke so many bittersweet memories that she now avoids them “as if avoiding pain.”

These one-time radio hits are powerfully evocative, Daum writes, because music “embeds itself into our emotions, often burrowing far deeper than the memories of the events that spurred those emotions. From there, the songs we love become the half-life of our emotions. They are whatever’s left of whatever was going on at the time.”

But if you’re trying to avoid the pain (or mixed feelings) these songs evoke, too bad: The hits of 1980-1999 are playing on continuous loop at the grocery store, a cavernous building you disconsolately roam four times a week. Good luck buying organic peanut butter without crying, Mom! Have fun picking out dog food while tears of regret and forever-lost chances burn your eyes!

The cruel irony of listening to bouncy pop songs from junior year while tossing headache medicine and nutritional supplements called Change-O-Life into the shopping cart is apparently lost on the corporate overlords who devised this torture. Why have they done this, desecrating our memories by canning our music?

Piping music into public spaces was the brainchild of U.S. Army Major General George O. Squier, a renowned inventor who devised a means of playing phonograph records over electric power lines. In 1934, after radio took off, Squier founded the Muzak Corporation, which piped commercial-free music into hotels and restaurants. “The music itself was newly recorded versions of popular songs, but now produced with purposefully mellow, orchestral arrangements,” historian Peter Blecha wrote in 2012.

Research in the 1940s showed that music could influence behavior, and during World War II, Muzak was used to motivate factory and military workers. In the postwar years, the goal shifted to keeping customers in stores, with “soothing, saccharine sounds being pumped into dentists’ offices, grocery stores, airports, and shopping malls all across the nation and overseas,” Blecha explains.

On their journey to the moon in 1969, Apollo 11 astronauts calmed themselves by listening to Muzak. Back on Earth, however, soporific versions of hit songs became known as “elevator music.” In 2011, Mood Media announced that it had acquired Muzak for $345 million, adding to its portfolio of commercial music services for retailers, hotels, restaurants, gyms, and banks. Now supplying music for 470,000 commercial locations around the globe, the company was “delivering unique experiences to millions of people daily.”

Suddenly, elevator music was out; nostalgic pop playlists were in.

In 2020, music still affects shoppers’ moods, but not necessarily in a good way. We Gen Xers feel vaguely insulted when the soundtracks of our youth are cynically used to sell us things. We are this close to buying everything we need online, having it delivered by drones, and listening to our 1980s playlists when we want to, how we want to, in our own homes!

Retailers should take a page from video game designers, who similarly want to keep players engaged for as long as possible. The Legend of Zelda games have gorgeous, critically acclaimed soundtracks, setting the bar for ambient music that’s enjoyable for people of all ages. Why can’t we have original mood music in stores? (Attention, composition majors! A nation turns its lonely eyes to you.)

Until that day, I’ll have to listen to The Cure while going about my mundane errands, draining the music of all meaning. It makes me want to protest in some small but visible way, perhaps by wearing head-to-toe black, dying my hair with shoe polish, and piercing my earlobe with a nail.

By the time I get out of a store that’s recycled my memories to sell toothpaste and dish soap, I’m feeling a little Goth myself. 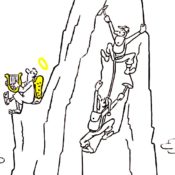