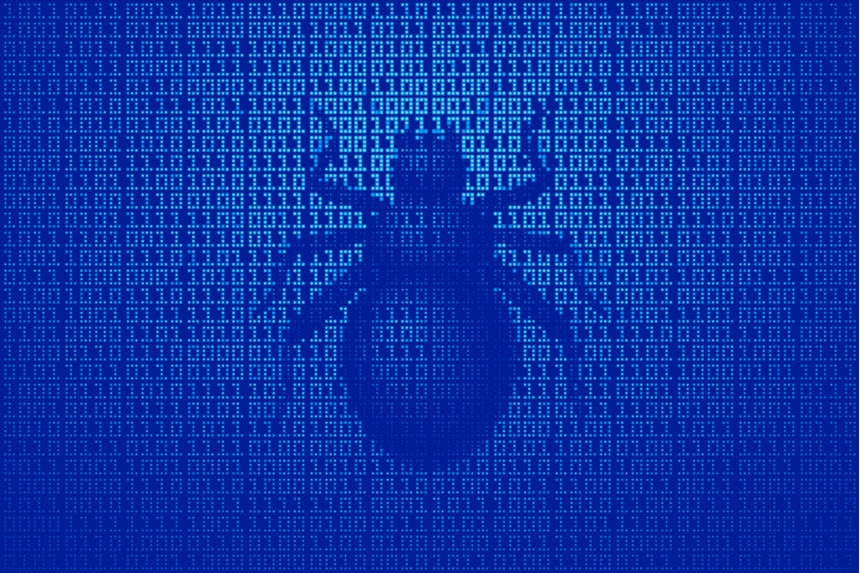 There’s a well-worn story about how the word bug came to denote an error or flaw in a computer’s software or hardware. It goes like this: In 1947, a woman named Grace Hopper was hunting down a problem with Harvard University’s Mark II Aiken Relay Calculator — essentially an early computer. While examining panel F, she discovered that a moth had worked its way into the system and perished at the number 70 relay, creating a short circuit. As the story goes, this moth — this “bug” — was the beginning of computer programmers referring to software and hardware problems as bugs.

It’s a perfect creation story for a new sense of a word. A little too perfect, actually. Could it really be that computer bugs got their name because an actual bug was discovered in an early computer by a woman whose name was practically grasshopper?

Whenever an etymologically story works out this perfectly, you should be dubious. In this case, though, a lot of the information is accurate. Some of it is misplaced, though, and above all, the incident’s long-term effect on English has been greatly exaggerated.

There really was a computer engineer named Grace Hopper. She would eventually achieve the rank of rear admiral in the U.S. Navy, but on September 9, 1947 — 73 years ago this week — she was a lieutenant in the Navy Reserves who really was overseeing Harvard’s Mark II calculator. She and her team were doing some maintenance and discovered, at the number 70 relay in panel F, a deceased moth that had been causing problems — there really was a bug in the system! However, Hopper wasn’t the one who extracted it; one of her colleagues did that.

We know all this detail because it was recorded in a log book that is now part of the Smithsonian Institute’s collection. In fact, the moth itself was taped onto the log book page, and what someone — possibly Grace Hopper — wrote beneath it gives us an even stronger refutation of this apocryphal word coinage story. This is what was written: “First actual case of bug being found.”

That phrase “first actual case” wouldn’t make any sense if computer engineers weren’t already calling computer problems bugs; the word must have been in regular use before this moth added its death to the historical record. A little research backs up the idea: Early computer engineers had, in fact, been referring to small problems as bugs long before the Mark II moth was found. But the concept goes back further still, before electronic computers: Thomas Edison was using bug in a similar way 70 years earlier.

In November 1878, in a letter to Theodore Puskas, Edison wrote this:

It has been just so in all of my inventions. The first step is intuition and comes with a burst, then difficulties arise — this thing gives out and [it is] then that “Bugs” — as such little faults and difficulties are called — show themselves and months of intense watching, study and labor are requisite before commercial success or failure is certainly reached.

Of course, bug itself is much older. It probably goes back the Middle English bugge, which, in the 14th century, referred to a scarecrow. By the late 16th century, it indicated anything that caused fright, especially pointless fright. That sense didn’t last long for bugge, but it still exists in the words bugbear, bugaboo, and bogeyman.

We find the first written uses of bug to refer to an insect in the 17th century, specifically to refer to the bedbug. Some purists still insist that the only true bugs are those that belong to the same genus as bedbugs, Hemiptera, which a moth does not. In popular use, though, bug has a wider scope, so Grace Hopper and her team can be forgiven for mislabeling the “bug” in their system. After all, they were computer engineers, not entomologists.