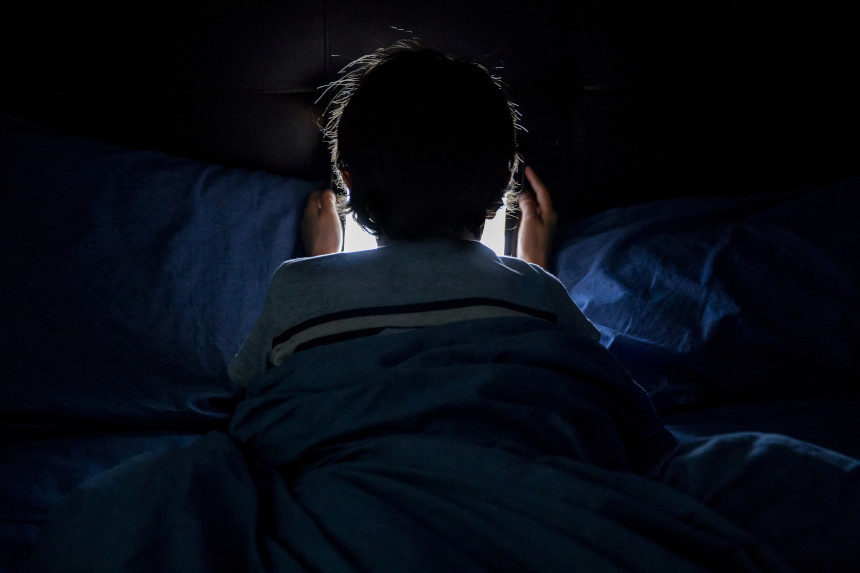 When I look back on my life these days, it seems like a fairytale adventure, full of interesting experiences that my own kids will never have.

I grew up in a nondescript small town and attended public schools with dirt playgrounds. But my 6th grade teacher, Mr. A., loved the theater, so we spent an entire year of English class putting on plays. He didn’t think twice about casting the kids of truck drivers and ranchers as Titania and Oberon in A Midsummer Night’s Dream, or Tybalt and Mercutio in Romeo and Juliet.

The boys enjoyed rehearsing sword fights. The moms capably whipped up costumes. For my debut as Juliet, my mother recreated a Renaissance-era dress we found in a library book. With the drama only a tween girl in a floor-length gown can muster, I pretended to stab myself in the heart with a dagger in front of the entire school, and perished. This was great!

Infected with Mr. A.’s enthusiasm for the stage, it never occurred to us 12-year-olds to be afraid of public speaking, or even of looking ridiculous in public (ask the kid playing Bottom in a donkey’s head). When I grew up, I realized how much I’d gained that year, such as lifelong confidence when speaking to a crowd.

My daughter, now in 6th grade, attends virtual classes in her bedroom. The last play her school put on was a musical about video games, a subject teachers felt the screen-addicted kids would find relatable.

Suddenly, my school years in a podunk town in the 1980s seem like Dead Poets Society. I was so lucky and didn’t even know it!

Looking at what lies ahead for my kids, I now feel that way a lot.

Fast-forward through junior high, a time of hallway lockers, passed notes, and fashion anxiety. (My 8th grader is spending the school year alone in his bedroom, in sweats.)

Fast-forward through high school, where the best part of the day was lunch break, when six or seven teens piled into someone’s beat-up old car, blasting rock music, and headed for the fast food strip. We may or may not have worn seat belts. Many greasy fries were consumed, washed down with Cokes. All of this would be nixed today as unhealthy, unsafe, or both. Six non-relatives in a car is now illegal in some states.

After graduating college, I had few coherent notions about life: an ideal mental state that has been called “Zen mind, beginner’s mind.” I took a series of odd jobs (hotel desk clerk, cowgirl waitress) where no one paid any attention to the news. To most young people in the 1990s, politics seemed distant and drab, and the social media that would whip us into a constant state of anxiety and rage didn’t exist.

Looking back on my youth, I see I had extraordinary mental freedom. I worked night shifts, mingling with people from all walks of life; read novels; watched movies in my studio apartment with my cat; and flipped through magazines. No tribe or cause had any hold on me. No one particularly cared what I did or thought.

Posting the right opinion would not get me “likes,” while posting the wrong opinion would not result in my being “unfriended.” The idea of photographing myself in skimpy clothes, back to the camera, and posting this image in a public forum for people to comment on, would have struck me as both degrading and insane.

During those years, I led a charmed life in so many ways. Short of being literally killed, it was impossible for me to get “cancelled.” Low-paid staffers hanging around a restaurant kitchen or hotel desk entertained each other with freewheeling stories and jokes, and no one worried about getting fired. We all assumed we could say whatever we wanted, and that if someone disagreed, they would pipe up. This frank exchange of views was known as “conversation.”

Not yet in high school, my kids already know what they can and can’t say. They have been socialized to either agree with certain positions or be quiet. Not at home — where they can pretty much say anything except curse words and “That outfit makes you look fat” — but out in public, or at school, or on the Internet, or to their friends.

Only this morning, my daughter’s 6th grade teacher remarked to the class on Zoom that Thanksgiving was “depressing to talk about.”

Oh, was it? In our house, the holiday is still considered a nice time in which we enjoy delicious foods and go around the table expressing gratitude. But in 2020, all that was irresponsible and wrong. The correct way to “celebrate” Thanksgiving was to isolate from relatives, reflect painfully on historic wrongs, and eat nothing special because that would be endorsing genocide, jerk.

In the Zoom chat, 11- and 12-year-olds either agreed or didn’t make a peep. While 6th grade taught me to be exuberant and brave — putting on costumes and belting out Shakespearean prose to a packed house — the 2020 version is teaching my child the opposite: Shut up. Conform. Agree. Don’t call undue attention to yourself.

Never have I felt gladder to be middle-aged, and many older people seem to feel the same. No way would I want to be 12 right now, or 20.

These days, I view one of my main roles as a parent as reminding my kids (often, through old sitcoms and movies) that it was not always like this. Before the dreaded “new normal” was the “old normal”: years when this country was a freer, happier, more interesting place.

Maybe their put-upon generation will be the ones to change it back? That’s why all my stories now begin: “Once upon a time, in America . . .”