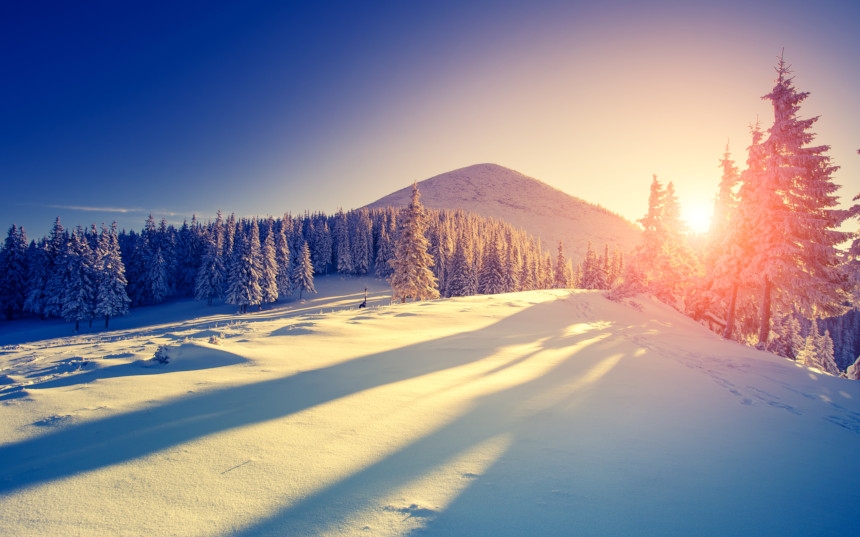 Monday was also one of two annual solstices, the astronomical siblings of the equinoxes. Since grammatical conjunctions were off the table, and I don’t know anything about planetary conjunctions, the words equinox and solstice seemed like the perfect subjects for this week’s etymological exploration.

Spring and autumn each begin on an equinox, a word that goes back to the Latin plural dies aequinoctii. Dies simply means “days”; Aequinoctii comes from the combination of aequus “equal” and noctis “night.” The Latin phrase is practically a mathematical equation, days = nights, describing the point when the sun is directly over the equator and the days and nights are closest to being of equal length.

Latin aequus is the source of a few of the words in that last sentence — equal, equator, and equation — as well as the prefix equi-, as in equidistant. Noctis, however, is not the source of the English word night, or even the German word for the same concept: nacht. It’s believed that these three words and more for “night” stem from a common source that predates Latin and Greek, a theoretical language linguists refer to as Proto-Indo-European.

A solstice is what we had Monday, and we’ll have another one in June. On a solstice, the Earth’s equator reaches its largest angle relative to the sun. From our perspective, if you were to track the sun’s position at sunup and sundown throughout the year, you would record a shift in position almost every day. Starting at the summer solstice, the sun’s position moves farther south with each passing day, and after the winter solstice, it moves farther north.

Around the solstice, though, the sun’s position on the horizon at sunrise and sunset varies only slightly. To early astronomers, the sun stood still on those days, so they named the event solstitium, from sol-, the Latin name for our sun, plus the verb sistere “to stand still.” This became the English word solstice, “the standing-still sun,” by the 14th century.