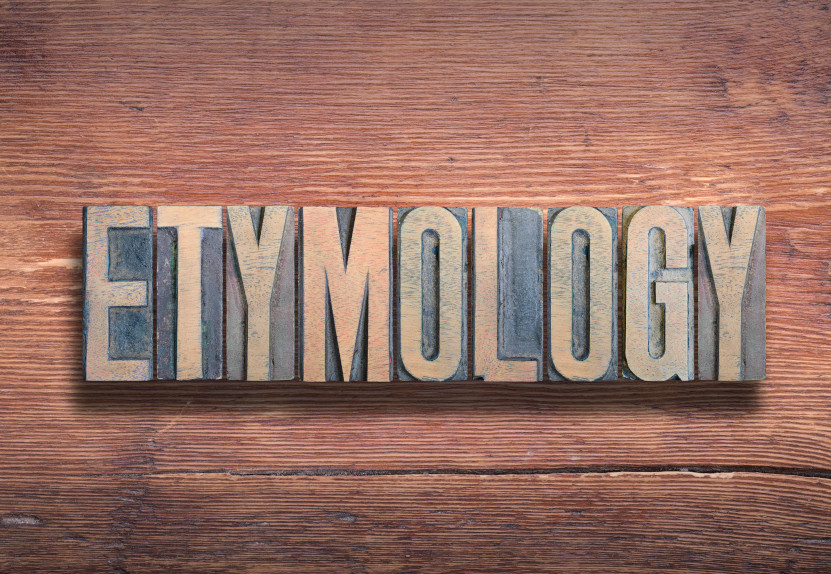 For a column that centers on etymology, it’s altogether fitting that one such lexical excursion should be about the word etymology itself, where it comes from and what it is — and as important: what it isn’t.

Etymology traces back to the Greek etymon “true sense” + -logia ­“study of” (where all those -­ologies come from). Dating back to classical times, etymologia was the analysis of a word in order to find its true sense. This evolved through Latin, then Old French, and found itself in Middle English during the 14th century as ethimolegia.

I draw your attention now to this article’s first paragraph, the italicized one that is included with each of these posts. The last sentence is an important one here: Etymology tells us where a word comes from, but not what it means today. I include that statement to preempt accusations of or arguments based on what is called the Etymological Fallacy, the belief that a word’s modern meaning must be the same as its historic meaning, and that, often, that historic meaning is contained in the word’s constituent parts.

If you’ve ever heard someone insist that decimate can only mean “to reduce by ten percent” because A) that’s what the word originally meant and B) that deci- in the word literally means “ten,” then you’ve been subjected to the Etymological Fallacy. (The easiest counterargument: Etymologically, December, the twelfth month, literally means “tenth month.” Words change meaning.)

The etymology of etymology itself seems to support this idea that a word’s true meaning can be discovered through analysis of its parts. And that’s what some people believed long, long ago. Socrates, for example, argued that the names of things weren’t arbitrary or arrived at through simple convention, but that buried into those names, ready to be decoded, was an actual description of the essence of the thing it named. The word for “horse” could only ever have been the name for a horse because the name itself somehow semantically embodies the essence of what it is to be a horse, and etymology was how he teased out these meanings. (This history comes from the writings of Plato, so there’s no telling how much of it is actually Socratic philosophy and how much Platonic.)

Of course, these early etymologists lacked methods of scientific study and, perhaps more importantly, the historical linguistic resources that would allow for an in-depth study of language change. These early etymologies were largely based on allegory, guesswork, and personal bias. It’s no surprise then that the whole discipline of etymology, in its original form, fell into disrepute for centuries.

Modern etymology, emerging from the Renaissance, has the benefit of a more scientific approach, a larger historical record of a vaster number of related languages, and the absence of a belief in some ancient namegivers who endowed each object with a label that contains its essential qualities.

And counter to Socrates and Plato, etymologists recognize that words get their meanings from the people who use them, and that those meanings can evolve as the words drift from one language to the next and with the ineffable passage of time.