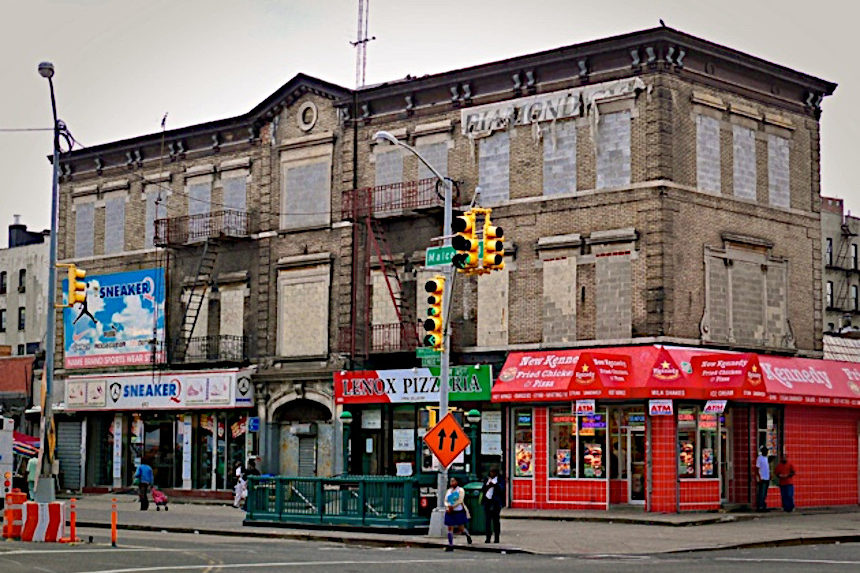 Black academics, writers, musicians, and artists traveled from all across the country and world to participate in the Harlem Renaissance — an intellectual revival movement that occurred in the 1920s in the northern Manhattan neighborhood. Individuals seeking to visit the area to interact and work with the great thinkers of Harlem, however, had to tackle the “hotel problem,” as Harlem historian and resident Eric K. Washington puts it. As the Harlem Renaissance was blossoming in New York City, so were Jim Crow and segregation laws that did not allow Black and white Americans to sleep in the same hotel. The Hotel Olga solved the “hotel problem” and became the unofficial home to the movement.

Washington has chronicled the history of the Hotel Olga for years now. His childhood bedroom is positioned directly across from the where the hotel used to stand on the corner of West 145th Street and Lenox Avenue in Harlem — a connection he did not realize until he started investigating the history of the building. Washington explains that Black people visiting the area had trouble finding places to stay. Other than a few boarding houses, “there wasn’t really a significant big hotel for people to stay in,” Washington says. The Hotel Theresa, colloquially known as the “The Waldorf of Harlem,” was the luxury hotel destination for visitors such as Fidel Castro, but served only white clientele until 1940. There was a dearth of high-class establishments that would accommodate the affluent Black thought and cultural leaders contributing to the Harlem Renaissance.

This all changed in 1920 when businessman Ed Wilson opened the Hotel Olga. Equipped with mahogany furnishings, numerous reading rooms, and a “large library with a variety of the best books,” according to Washington, the Olga provided the perfect resting spot for Black visitors. Wilson financed his purchase with help from his sister-in-law, A’Lelia Walker, the heiress of Madam C.J. Walker who is widely considered the first female self-made millionaire in America. Wilson added the hotel to two other properties that he owned nearby that also played serious roles in the history of the Harlem Renaissance. One of these properties was a social club that W.E.B. Du Bois frequented and where Billie Holiday and Dizzy Gillespie performed.

The hotel became widely known as a safe haven for affluent Black Americans to stay while visiting New York City. The famed Negro Motorist Green Book by Victor Hugo Green featured the hotel as a safe and suitable destination. Washington compares the process of planning hotel stays for Black people in America at the time to reading shipping news, because it was “kind of essential to know that you were going to a place that was going to be secure and of good reputation.”

One of the Olga’s most famous guests was Alain Locke, commonly known as the “Dean” of the Harlem Renaissance for his philosophical contributions. Locke was the first Black Rhodes Scholar and spent most of his life in Washington, D.C. teaching at Howard University. But when he visited his contemporaries in Harlem, he stayed at the Olga.

The Olga also appealed to the sporting crowd. Rube Foster, one of the key catalysts of the development of Black baseball and founder of the National Negro League (NNL) stayed at the Olga in October 1925. The Olga’s baseball connection went much deeper than Foster’s stay. Before Wilson opened the hotel, the building shared the block with a vacant lot. This was not any ordinary vacant lot, according to Washington. The space was used as a professional baseball stadium called the Lenox Oval, named after the street the Olga was on. The Negro League Lincoln Stars used the Lenox Oval as their home stadium for their four-year stint as a professional team. Lincoln Stars players Oscar Charleston, John Henry Lloyd, and Louis Santop all have been inducted into the Baseball Hall of Fame.

According to Washington, the owner of the NNL’s Pittsburgh Crawfords, Gus Greenlee, made the Olga the de facto headquarters for the newsworthy heavyweight boxing match between Joe Louis and Primo Carnera. Louis would eventually knock out the 6’6” Italian in six rounds at a packed Yankee Stadium. Even though Louis was one of the most famous athletes of the time, the Olga was the only luxury hotel that opened their doors to him and his team. Hall of Famer Satchel Paige was staying at the Olga when New York Yankees slugger Joe DiMaggio publicly announced that Paige was “one of the greatest pitchers I ever batted against.”

The hotel attracted musicians in addition to star athletes and academics. Washington revealed that Louis Armstrong called the Hotel Olga home for most of the 1930s while he was living in New York. When Satchmo eventually married Lucille Wilson, a Cotton Club dancer, in 1942, he was still living at the Olga. According to the Louis Armstrong House Museum, however, Lucille had other plans for the newly wedded couple’s living situation. The Olga had been Armstrong’s temporary home for nearly a decade and provided him the necessary amenities any touring musician would ever need. Lucille sought something more permanent, so she bought a house for the couple without consulting Armstrong.

The Olga was not only frequented by celebrities, but also by Black doctors, lawyers, and businessmen who needed a place to stay in New York. In addition, Wilson opened the doors of the hotel to several organizations fighting for civil rights at the time, particularly the National Association for the Advancement of Colored People (NAACP). According to Washington, he offered free use to of his social club to Clarence Darrow — the preeminent leader of the American Civil Liberties Union and fierce advocate for racial equality.

Sadly, the building was demolished in 2019, erasing any physical evidence of the Hotel Olga and the importance it had to the Black community and Harlem. As Washington puts it, the hotel “straddles three centuries,” since it was built in 1898, rose to fame in the 1920s and 1930s, and was demolished in the 21st century. When Washington heard the news of the planned demolition, he says he went into a panic: “I put in an RFE, request for evaluation to the New York City Landmarks Preservation Commission,” Washington said. However, the Commission didn’t agree with Washington and other activists that the building should be saved.

“It’s particularly tragic because now it has been over two years and it’s just an empty lot,” Washington explains. “How did this get forgotten? This was famous, it was not obscure. But how is that possible when it had this degree of popularity? This was the hotel of the Harlem Renaissance.” Washington says that the Olga was one of the last big visible structures of the Harlem Renaissance, and that much like many other significant buildings and places to Black history, “it hasn’t been talked about, it has not been in the books,” making its loss even more important tragic.

To Washington, the story of the Hotel Olga represents an old African American proverb: Making a way out of no way. Meaning, we’ll figure this out, we’ll make this work. Even though the physical building no longer stands, the Hotel Olga still remains an integral part of the Harlem Renaissance and American history.