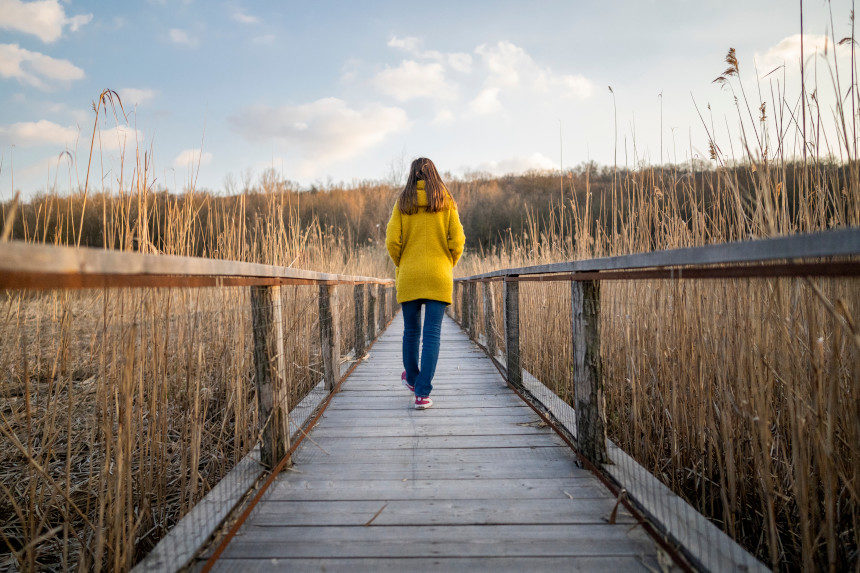 Things I’ve jotted down this week, as the unpredictable April days alternate from chilly and wet to warm and cloudy.

I was reading these tweets by a guy who is walking from Washington, D.C., to New York City and realized the only exercise I get these days is pushing the shopping cart down the aisles of my supermarket.

Speaking of, it’s official: I’m the only person at my supermarket who is still following the one-way arrow signs in the aisles. And that includes the employees.

I watch The Andy Griffith Show every single day (I think I’ve seen every episode 70 times), so it was great to hear this week that Ron Howard and his brother Clint are coming out with a memoir this October titled The Boys: A Memoir of Hollywood and Family.

Remember the TV shows hosted by movie critics Roger Ebert and Gene Siskel? You can now watch them at this website, which includes episodes from the early public television years to the Disney years to the later years when Ebert was paired with Richard Roeper. There’s even footage of Siskel and Ebert on The Tonight Show, Larry King Live, and Late Night with David Letterman.

On the news right now was a story about an armed teen who broke into a house. The anchor asked the reporter how the teen got hold of a gun, and the reporter said “Shannon, that’s the $64,000 question.” And I thought to myself, how many people even get that reference these days? Maybe if you’re over a certain age.

I was shaving the other day and was thinking about how it’s one of those chores that I really don’t like doing. I work from home so I only shave once or twice a week, but it’s still an unenjoyable task, even if I do like the results.

To paraphrase Dorothy Parker, I don’t like shaving, but I love having shaved.

Hemingway is such an iconic person that you wouldn’t think Ken Burns and Lynn Novick could find out anything we didn’t know for their documentary series currently running on PBS. But they did, as this CBS Sunday Morning feature shows.

For the record, the Post rejected three stories that Hemingway submitted. But he did appear on the cover of the March 12, 1966, issue and his grandson John wrote for us.

There’s a Word for That

I didn’t know there was a word for when the juice of a grapefruit (or any fruit) squirts into your eye as you’re eating it, but there is. It’s orbisculate, and it was invented by Neil Krieger when he was a freshman at Cornell in the 1950s. The Boston scientist died from COVID-19 last year, and his family is trying to get the word to be officially recognized by a dictionary to honor him.

There’s an official web site and you can even buy T-shirts to help spread the word.

DMX — real name Earl Simmons — was a top-selling rapper with hits like “Party Up (Up in Here)” and “Ruff Ryders Anthem.” He also appeared in several movies, including Exit Wounds and Cradle 2 the Grave. He died last week at the age of 50.

As his New York Times obituary says, Bernie Madoff was the “architect of the largest Ponzi scheme in history.” He died this week at the age of 82.

Ramsay Clark was attorney general under Lyndon Baines Johnson and oversaw the writing of the Civil Rights Act. He died last week at the age of 93.

James Hampton was probably best known as bugler Dobbs on F Troop, but he had roles in movies like The Longest Yard, Teen Wolf, Sling Blade, and The China Syndrome. He was also a regular on The Doris Day Show, Maggie, and Days of Our Lives, and appeared in dozens of other shows. He died last week at the age of 84.

Lee Aaker was a child actor who starred on The Adventures of Rin Tin Tin. He also appeared in The Lone Ranger, Route 66, and The Donna Reed Show and had parts in movies like High Noon, Hondo, The Atomic City, and Jeopardy. He died earlier this month at the age of 77.

Ray Lambert was an Army medic wounded on D-Day while saving his fellow soldiers. He earned several medals, including three Purple Hearts and two Silver Stars. He died last week at the age of 100.

Anne Beatts was one of the original writers on Saturday Night Live and created the ’80s cult sitcom Square Pegs. She also wrote for Harvard Lampoon and Gilda Radner’s Broadway show Gilda Radner — Live from New York. She died last week at the age of 74.

Joseph Siravo played Tony Soprano’s dad on The Sopranos and also appeared on American Crime Story, For Life, and The People v O.J. Simpson. He also appeared on stage in Jersey Boys and in movies like The Report, Maid in Manhattan, and Carlito’s Way. He died Sunday at the age of 66.

Joye Hummel was the first woman hired to (secretly) write the Wonder Woman comic in the 1940s. She died earlier this month at the age of 97.

It began at 4:30 a.m., when Confederate soldiers fired on Fort Sumter in South Carolina.

Of course, the Post reported extensively on the war. This video, part of our 200th anniversary celebration, shows how we covered the war and how the magazine changed when the war ended.

It’s the 40th anniversary of the launch of Columbia. In 2003, the shuttle broke apart above Texas, killing all seven astronauts on board.

What exactly are the fans in this Richard Sargent cover looking at? It’s certainly not the ball the outfielder is tracking down, as their eyes are clearly fixed on another location. Unless this outfielder is about to make one really embarrassing error.

Thirteen Ways of Looking at a Hot Dog

With apologies to Wallace Stevens, here are some different ways to cook hot dogs (if you have time for them, that is).

You could make them with grilled cheese or chili, maybe in a quilt or in a hash. You could boil them, fry them in a pan, or on a stick over an open fire. You can try them with Dr. Pepper barbecue sauce, nacho-style, or as a substitute for pizza. Or you could make them Chicago- style or the way they do in Seattle.

Or you could just put them in the microwave. Just make sure they don’t explode.

The holiday is celebrated in Massachusetts, Maine, Connecticut, Wisconsin, North Dakota, and sometimes in Florida.

The Boston Marathon, usually held on this day, will instead be held on Columbus Day.

Actually, this year it’s Earth Days, as the celebration runs from April 20th to the 22nd.