In many regards, he embodied the Jazz Age. He was a sharp, ambitious Manhattan lawyer, a friend of stage celebrities, a fashionable dresser, a familiar face at Broadway theaters, and a man of valuable, helpful connections. His rise in New York politics surprised many, but his departure was even more stunning. On August 6, 1930, he left friends on the sidewalk outside a New York restaurant, entered a cab heading to the theater, and was never seen again.

As Jack Alexander relates in his 1960 Post article, “He was forty-one years old, and four months earlier he had been appointed to finish the unexpired term of a State Supreme Court justice who had retired. The appointment had been made by Gov. Franklin D. Roosevelt, a  man who seemed to be going places himself. Justice Crater had been promised Tammany’s support in the forthcoming November election, when he was to run for a full fourteen-year term.” (“What Happened to Judge Crater?” September 10, 1960.)

He had, by all signs, a promising future. He had no known enemies. He was neither too moral nor too crooked to pose a threat to organized crime in New York. He threatened no one, it seemed.

“Nothing in his life became him like the leaving it.”

Whatever recognition Judge Joseph Force Crater sought during his life was exceeded by his death. The news of his disappearance was withheld from the police for a month, but when the story broke, newspapers filled their columns with all the details and conjecture they could muster. Crater’s disappearance became the last sensation of the summer. It bumped aside other scandals, including the big story of the day: the continuing decline of the American economy.

A grand jury investigation found no leads that could help locate the missing judge. But it discovered an obscure side to his life, one that involved affairs with actresses and chorus girls on Broadway, and an untraceable flow of campaign funds.

“Crater, the grand jury found, had made two trips that summer from Belgrade Lakes to New York,” the Post article reports. “The first was made toward the end of July. Its highlight was a weekend at an Atlantic City hotel spent with two male cronies and four women. Crater got back to Belgrade Lakes on Saturday, August 2, intending to get a long rest …

“On the afternoon of August 3,1930, a Sunday, Crater had received a long-distance telephone call which seemed to perturb him. He decided to leave for New York immediately by train. Crater was not the kind of husband who confides business details to his wife, and she was content to have it that way. All he said in taking his departure was something about having to ‘straighten those fellows out’, a statement that to this day remains completely enigmatic. Crater promised that he would return on the following Saturday, August 9.

“On what proved to be the fateful day of Wednesday, August 6, Crater was in his chambers at the courthouse in the morning, diligently pulling folders out of filing cabinets, examining their contents, and sorting them in piles on his desk…

“At about eleven o’clock, Crater buzzed for Joseph L. Mara, his confidential attendant, who was on duty in the outer office. Crater’s secretary, Frederick A. Johnson, was there too.

“Crater handed him two checks made out to ‘Cash.’ One was drawn against Crater’s account at the Chase National Bank. It was for $3,000. The other, for $2,100, was drawn against his account at the Empire Trust Company. Crater told Mara to cash the checks for bills of large denominations. Mara came back from the banks with the bills in two envelopes. Without bothering to look inside them. Crater stuffed the envelopes in the inside pocket of his coat.”

“For a long time after Crater’s disappearance, strangers were being mistaken for him all over the United States and in some foreign countries. The newspapers played up the police search, and the New York city fathers put up a $5,000 reward. The desire to find the errant judge grew into a national craze like mah-jongg, and the staff of the Missing Persons Bureau was run ragged chasing down the more promising tips. One detective remarked glumly, ‘You name the place and the judge has been seen there.’”

Crater’s name soon became the most famous missing person in America. Newspapers referred to him as “the Missingest Man in New York,” and used the phrase “to pull a Crater” as synonymous with disappearing. For years, comedians would use the one-liner, “Judge Crater, please call your office.” Warner Brothers Pictures promoted a 1933 movie titled Bureau of Missing Persons by offering to pay Judge Crater $10,000 if he came forward and identified himself at the box office. (Well into the 1960s, the fate of Judge Crater was one of the questions most frequently asked of New York city’s reference librarian.)

Just as its notoriety began to fade, the story was revived by new disclosures. Crater’s wife returned to their home after a lengthy trip in January of 1931. “She opened a secret drawer of her dresser and was astonished to find four unfamiliar envelopes in it. Three of the envelopes contained, separately: $6,690 in currency: some stock certificates and bonds, and several insurance policies on the judge’s life with a combined face value of $30,000. The fourth contained a confidential memorandum to Mrs. Crater that ended with: ‘Am very weary. Love, JOE.’ ” 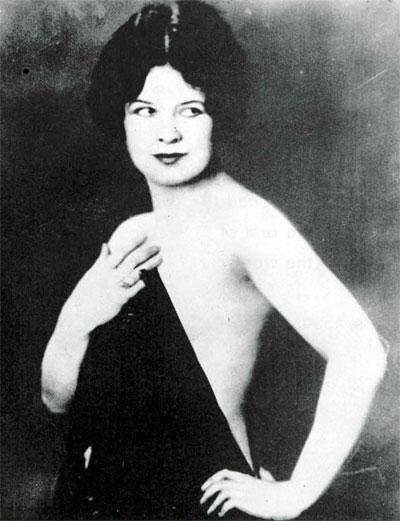 The police had examined the dresser before and discovered no envelope. Checking their records, the police determined that, between September 4 and September 10 “someone, either the missing judge or a trusted person acting in his behalf, had gained entrance to the apartment, placed the four envelopes in the secret drawer and got away unnoticed.”

This was the sort of mystery that endlessly fascinates Americans with just enough facts to encourage any theory without ruling out anything but the most fantastic explanation.

“His [Crater’s] sister, Margaret, believes that he was murdered, possibly by a felon who, as he was being taken to Sing Sing for a long term, shouted that he would ‘get’ Crater when he got out of prison—an incident related to Margaret by her brother, Joseph, during the earliest days of his career, when he practiced criminal law briefly.

“The Crater search grew more and more costly, and after two or three years of frustration the city withdrew its $5,000 reward and the Missing Persons Bureau ran down tips only in the metropolitan area.”

Seventy-Five Years Later …
The matter passed from news to folklore over the years, but never fully faded away. So, when new information appeared in 2005, newspapers immediately picked up on the story. The New York papers reported that an elderly woman died, leaving behind a collection of papers that were not to be read until her death. The papers included news clippings about Judge Crater’s disappearance and a handwritten note by the deceased, which declared that her long-dead husband had known the men who had killed Judge Crater.

Expectations ran high. This was the most promising evidence in decades.  Finally, America might learn what happened to the late judge.

The notes were turned over to the police, but nothing conclusive has been reported. The notes stated that the killers were a taxi driver and a city policeman. The driver had picked up Judge Crater outside the restaurant on August 6, picked up “associates” two blocks later, and took him “for a ride” to Coney Island, where his murdered body was buried beneath the Boardwalk near West Eighth Street.

Police have not made any definitive statements about the new evidence, but some details in the woman’s account don’t appear consistent with facts in the case. Of course, there’s always the possibility that Judge Crater has simply been hiding all these years. Any day now, he might emerge from seclusion and prove us all wrong. Of course, he would also be 120 years old.