In 1918, an ambitious young man from the Midwest traveled south to an army training camp. He was hoping to become an officer, get posted to France, and earn fame and promotion on the Western Front. But the First World War ended before he could distinguish himself.

The trip south wasn’t a complete waste, however, because he found the love of his life: a charming and strong-willed Southern belle. The two fell in love, but the girl refused to marry him because he didn’t have enough money. So he set out to earn the fortune that would win his fiancée back to him.

Up to this point, the story describes the early career of both the fictional Jay Gatsby and his creator, F. Scott Fitzgerald. Gatsby eventually went to work for bootleggers. Fitzgerald returned home to Minnesota and threw himself into writing. Within a year, his career took off when he was discovered by both a book publisher and the editors of The Saturday Evening Post.

In April 1920, Scribner published his first novel, This Side of Paradise. The book was an immediate success; the entire first edition of 60,000 copies sold out within three days.

But even before the novel hit bookstores, the Post was publishing his short stories. Years later, he recalled his excitement at the news of the Post accepting his work: “I’d like to get a thrill like that again but I suppose it’s only once in a lifetime.” The Post’s editors liked his work and published six of his stories in 1920 alone.

Any writer published in the Post during the 1920s would have felt that he or she had ‘arrived.’ No other magazine offered such a large audience—2.5 million readers—or such large payments. Even though he was still an unproven author, Fitzgerald received $400 for his first story. Within a year, the editors had increased his fee to $500. By 1929, they were paying him $4,000 for every story, which would be, roughly, $54,000 today. He began to live extravagantly, spending money as if it would always come as quickly and as easily.

He never again enjoyed the success with a novel as he did with his first. For the rest of his 20-year career, the majority of his income came from short stories—168 of them. And most of this money came from the Post, which published 65 of his stories between 1920 and 1937.

Fitzgerald knew that writing would win him the recognition and success he needed. It would enable him to live like the wealthy students he’d met at Princeton: young men with carefree, careless manners and a natural assumption of privilege and preference. His new wealth also helped convince that charming Southern belle, Zelda Sayre, to marry him. And so, with the Post’s money burning a hole in the pocket of his raccoon coat, Fitzgerald and his free-spending wife began a spree of lavish living that continued through the decade.

His earnings introduced him to the world of Gatsby. He entered a nonstop party, surrounded by the sounds of hot jazz and an ocean of bootleg liquor that extended from nightclubs to exclusive New York hotels. He moved into an exclusive area on Long Island, New York, and eventually relocated to France, where he spent his time among wealthy American émigrés in Paris and the French Riviera.

This new life brought him into close contact with the wealthy, including aimless young people with inherited fortunes. He began to see the emptiness that often lay at the heart of success and the dark edges of the Great American Dream.

Like Gatsby, Fitzgerald entertained lavishly and continually, spending money on a scale that’s hard to imagine. In 1924, he wrote an article for the Post entitled “How To Live on $36,000 a Year.” It is a humorous piece describing the ineffectual attempts he and his wife made to live within a budget. He wrote it after he realized that, in a single year, he’d burned through the 2013 equivalent of half a million dollars. A few months later, the Post published “How To Live On Practically Nothing A Year,” which told how he moved to Europe where he could live comfortably for far less money. But even with a favorable exchange rate, he had trouble keeping ahead of his spending.

He completed The Great Gatsby while living in France. It is perhaps his greatest work: concise, intriguing, and peopled with memorable characters. Like all his works, it is beautifully written, created by a great writer at the height of his powers. Fitzgerald built his stories with the precision and care of a master jeweler. There is not one wasted or poorly chosen word, or one flabby sentence in its 200 pages.

He wanted to write more novels, but he never escaped money problems. As long as the Post continued to pay him so well, he continued writing stories for its pages. Though they weren’t novels, Fitzgerald was proud of his talent for producing these “commercial” pieces. He knew writing magazine fiction was far more difficult than it looked, and he was good at it. His Post stories contain some of his finest, most readable works: “Bernice Bobs Her Hair,” “The Last Belle,” “Babylon Revisited,” “The Ice Palace,” and all the Basil and Josephine stories.

His work for the Post didn’t give him the satisfaction he got from writing The Great Gatsby, which he told a friend was “about the best American novel ever written.” But without the support of the Post, Gatsby would never have been born. Read F. Scott Fitzgerald’s stories in Gatsby Girls, a collection of his first eight short stories originally published in The Saturday Evening Post and accompanied by original illustrations and beautiful cover images. Available to purchase in both print and digital editions. 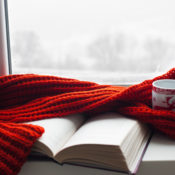