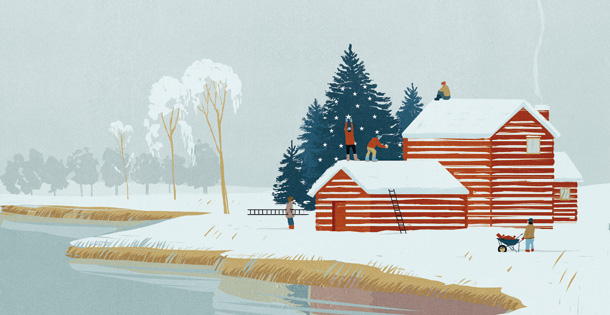 over the course of the last 15 years or so, there’s been an explosion in the number of charter schools around the country. According to the latest figures (from 2012), some 2.1 million students are enrolled in schools run by private groups awarded public money. The schools bear optimistic names like YES Prep North Central (in Houston) and Ánimo Leadership High (in Inglewood, California). Beyond the specific concerns about education, the charter school movement is powered by a particularly American worldview, one rooted in the ethos of the dissident Protestant churches that were the foundation of early American culture: citizens opting out of a hierarchical system to pursue personal goals by joining together in a local, voluntary society.

This ideological impulse — which I and others call voluntarism — is a cultural trait that helps explain why the United States remains different from comparable wealthy Western nations. Broadly speaking, voluntarism is not another term for American individualism, although it entails individualism. Voluntarism is the way Americans reconcile individualism and community. And we can feel the weight of American voluntarism in our approaches to public issues, not only in charter schools, but in debates about issues like “Obamacare” and gay marriage as well.

Other Western nations, by contrast, consider healthcare a civil right of citizens and a moral obligation of government. American tradition, however, treats healthcare as an individual’s personal responsibility, or at least as a personal responsibility exercised through voluntary association, as in workplace health insurance. When the debate around gay marriage shifted from a discussion of God, gender, sex, and propriety to a debate over individual rights, tolerance, and the personal freedom of Americans to choose their partners, the struggle for marriage equality became easier.

American voluntarism makes it hard for social-democratic reformers to persuade their fellow citizens to accept the types of ambitious state-run initiatives common in most Western democracies, such as universal healthcare, free preschools, and guaranteed labor rights. Conversely, the spirit of American voluntarism makes it harder for non-Americans to understand our public policies, which are often caricatured as being nakedly Darwinian.

To read the entire article, pick up the January/February 2015 issue of The Saturday Evening Post on newsstands or …