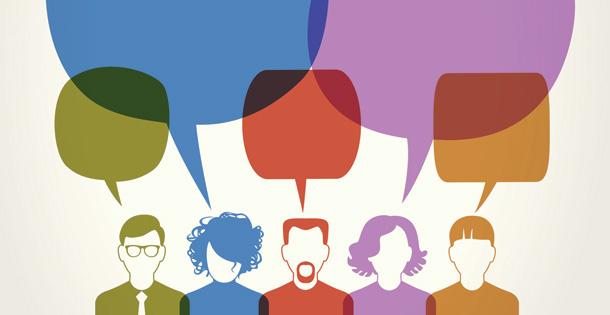 More than 20 years ago, longtime head of French intelligence Count Alexandre de Marenches told this reporter that the greatest threat to the security of his country was “an alien nation, living within our borders, whose language we do not speak, whose customs we do not understand, whose goals we do not share.” He was speaking of the Islamic population who today represent the greatest security challenge not only to France but to most of the nations of Western Europe — Britain, Germany, Belgium, even Greece, as well as France. And especially the United States.

For some, the concepts of Western freedom, especially of freedom of speech and the press, are informed more by religious dogma dating back a thousand years than by any contemporary principles of the inherent rights of men and women. Witness the massacre earlier this year of the cartoonists and editors of the French magazine Charlie Hebdo, who died at the hands of a pair of jihadi lunatics put off by the publication’s drawings of the prophet Muhammad.

Yet, in America, unlike most other parts of the world, Muslims are just one of many disparate peoples, most hewing to a single, perhaps singular, ideal: free speech. The ability to speak your mind on nearly any topic and feel you are part of a single body of opinion and discussion that, in the end, somehow works. It’s guaranteed by the Constitution. And it is the spine, perhaps the entire skeleton, of our way of life — what it means to be an American.

But our ultimate fear is that our nation and our Western values themselves are becoming increasingly marginalized. The world is turning into an “us vs. them” — we for whom free speech trumps religion and those for whom the converse is ineluctably true. And the numbers are staggering. Of 7.1 billion people in the world, 2.2 billion are Christians, 1.8 billion Muslims, an increasing number prepared to do battle for what they view as bedrock principles of their religion. And free speech is all too often the ultimate target, or victim.

The fact is that the Charlie Hebdo horror and its cartoon realizations of the prophet Muhammad 3,000 miles from America’s shores has redefined not only the debate, perhaps the very nature of free speech itself in this second decade of the 21st century, but has most clearly divided those who hold each side of the debate.

There are two central elements of free speech, effectively its underpinnings. The first is courage to tell the world what it must hear, but often may not desire, to stand up for principles that are good and true. The second is self-confidence — that one’s core values are strong and enough to withstand any criticism, any barbs, any challenges. Above all, there is courage — the will to defend freedom at all cost, even at the cost of a challenge to one’s own beliefs and values.

America has many Islamic immigrants, many Hispanic, Russian, Asian, and Africans as well. But most, sooner or later, become Americans. Because they come to understand that the difference between their adopted nation and the one they left behind is how we treat them — their access to American opportunities and rights. Here’s how President Obama put it in a joint news conference at the White House with British Prime Minster David Cameron just days after the Charlie Hebdo massacres in Paris upended the world:

Our biggest advantage is that our Muslim populations, they feel themselves to be Americans. And there is this incredible process of immigration and assimilation that is part of our tradition that is probably our greatest strength. … There are parts of Europe in which that’s not the case, and that’s probably the greatest danger that Europe faces.

So where does that leave the United States? Clearly, we are not about to begin locking up comedians who side with the bad guys as the French seem prepared to do. While comics from Mort Sahl and Lenny Bruce to George Carlin or Don Imus might have shocked us, or even found themselves banned, few have done hard time for their routines. As David Brooks quite rightly observes in The New York Times, healthy societies “don’t suppress speech, but they do grant different standing to different sorts of people. Wise and considerate scholars are heard with high respect. Satirists are heard with bemused semi-respect. Racists and anti-Semites are heard through a filter of opprobrium and disrespect. People who want to be heard attentively have to earn it through their conduct.”

We laughed when Saturday Night Live in its earliest years hosted silly debates between Jane Curtin and Dan Aykroyd featuring outrageous disrespect — “Jane, you ignorant slut …” But, maybe we were laughing because that form of attack-debate was anathema to us. Now, such rhetoric has become embedded in our national psyche. The goal posts have been moved. But the playing field remains. We are a nation that was founded and is still sustained by the bedrock of free speech and expression.

Such a philosophy, however, inevitably takes us to the next level of debate over free speech — the role of the state in enforcement or, for that matter, drawing the red lines that define enforcement. So the question is, what is more important? Free speech of the kind that we absorb as a core value. Or lip service that allows for prison and the whip — a sentence meted out to the opposition Saudi Arabian blogger Raif Badawi, accused of “insulting Islam” for creating the Free Saudi Liberals website — 10 years in prison, a fine of 1 million Saudi riyal ($266,000), and 1,000 lashes to be carried out to the applause of the faithful, 50 lashes at a time at a packed al-Jafali mosque after Friday prayers every week for 20 weeks.

At home in America, we have enough confidence in our core beliefs and values that we can tolerate those who express them in a less than mainstream fashion. We may shun them. We do not imprison, or whip, those who do not hold them. But what do we do about Pope Francis who suggested, on a flight to the Philippines, that there are limits to free speech — especially when it comes to religion? “You cannot insult the faith of others. You cannot make fun of the faith of others,” he observed. But in a nation like the United States, if we are to remain true to our core values, we must tolerate religious as well as political dissent — views of pope and atheist alike.

Which still leaves the critical question — which red lines can be crossed here? In America, one can, and many do, advocate the overthrow of their government, but one can’t try to carry it out by force of arms. We can advocate for our religions, even ridicule another’s, proselytize, but not blow up a church, a synagogue, or a mosque.

In short, there are some restraints that must be exercised to preserve the social fabric from shredding. As Justice Oliver Wendell Holmes put it in his landmark Supreme Court opinion “falsely shouting fire in a theater and causing a panic” isn’t free speech, it’s just plain dangerous. The distinguished juror was in the process of validating the Espionage Act of 1917, holding that the government’s suppression of flyers opposing the draft in World War I was not an abridgment of free speech because they presented “a clear and present danger” to the nation that was preparing for war. Since then, our society and its tolerance for dissent have broadened, and we have been enriched in the process. As Benjamin Franklin put it in 1722, “Without freedom of thought, there can be no such thing as wisdom; and no such thing as public liberty, without freedom of speech.”

The purest expression of democracy and the American spirit is at the local level. When I was just starting out as a reporter for the Long Island daily Newsday, my first story, in 1967, was on a village meeting in Thomaston, New York. The issue was whether a broadcasting tower should be placed in the village. “A disfigurement,” opponents screamed quite passionately; “A necessity in the 20th century,” proponents shouted. The next day, after my story ran, I arrived in the newsroom and the city editor, Mel Opotowsky, handed me a sheaf of more than 40 telephone messages that had arrived, all furious. “You figure out how to make them happy,” Mel snarled. Both sides had their say in print, I told each caller. And, sheepishly, they agreed. They had.

The American tradition is to show respect for the guy you disagree with, as Norman Rockwell suggested through a flannel-shirted debater in his famous painting Freedom of Speech .

“‘Nothing Sacred’ was the motto on the banner of the cartoonists who died, and who were under what turned out to be the tragic illusion that the Republic could protect them from the wrath of faith,” observed Adam Gopnik in the New Yorker. “‘Nothing Sacred’: we forget at our ease, sometimes, and in the pleasure of shared laughter, just how noble and hard-won this motto can be.”

With the world increasingly dividing, we must hold onto our values and speak out, freely, wherever necessary in their defense.