The U.S. Court of Appeals for the Ninth Circuit has drawn significant attention as it decides whether to sustain federal judge James L. Robart’s temporary restraining order on President Trump’s travel ban last week. The appeals court panel is expected to make a decision within a few days, and if it decides in favor of Robart, the Justice Department will likely appeal the case to the Supreme Court. The panel consists of Judge Richard R. Clifton, appointed by George W. Bush, Judge Michelle T. Friedland, appointed by Barack Obama, and William Cameron Canby, Jr., appointed by Jimmy Carter.

Here are 7 facts about the Ninth Circuit Court of Appeals: 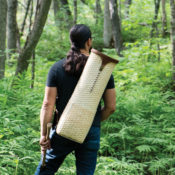