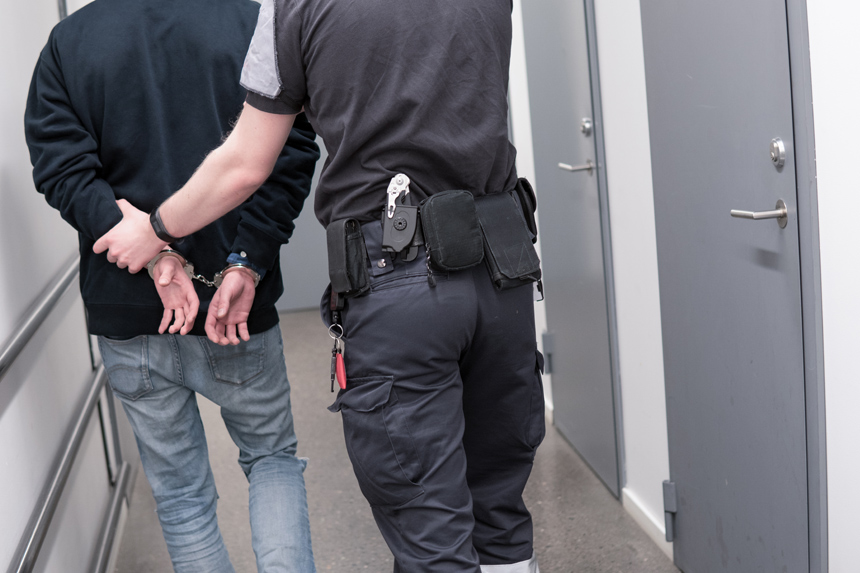 Most Americans would consider themselves honest, law abiding citizens. But is that true? Yes, you try your hardest to follow the laws, as best you know them, but just how many laws are there? In 1982 the Department of Justice tried to count all of the criminal offenses on the books and gave up after finding 3,000.

With an incalculable amount of laws, how do you know you aren’t breaking any? Here are five laws that you may be breaking every day.

To you, it may be something as harmless as copying a song from your friend’s CD to your computer, or downloading the latest blockbuster movie about a guy who can talk to fish from a not-so-official website, but to the federal government, violating copyright law is a very serious offense.

The number of items you copy and their value does have an effect on what kind of punishment you can expect. According to the Department of Justice, “The unauthorized reproduction or distribution of at least 10 copies or phonorecords, or 1 or more copyrighted works, with a retail value of more than $2,500 can be imprisoned for up to 5 years and fined up to $250,000, or both.”

But don’t think that you can get away with making an illegal copy of a CD or movie for yourself and just a few friends. The copyright holder can still file a civil suit against you, which could lead to big penalties in damages, lawyers’ fees, and court costs. In 2006, Minnesota woman Jammie Thomas-Rasset was sued by Capitol Records for uploading 24 copyrighted songs to the file-sharing site Kazaa. In 2013 she was ordered to pay $222,000 to the RIAA. The case went all the way to the Supreme Court, who declined to hear the case.

2. Gambling in Your Home

Many people across America invite friends and family into their homes each week for a game night. And while some households play Settlers of Catan or Ticket to Ride, many groups gather to play games that are considered to be illegal by many state governments.

If you host or participate in a game of chance that involves money, you could be in big trouble. Even if your state allows gambling (Nevada, New Jersey) that gambling is only allowed in government-sanctioned places, like casinos and riverboats. So inviting your friends to buy into your kitchen table $5 poker game is not allowed, and depending on the state you live in, law enforcement can arrest you.

In 2004 Guy Garner from Jackson, Tennessee was playing poker with some friends in a cabin near a state park when their game was raided by police. The pot for the game was a grand total of $20. A county judge found Garner and his friends guilty of breaking Tennessee’s gambling laws and they were ordered to pay a fine of $50.

3. Using Your Cell Phone While Driving

Today, it’s common knowledge that texting or talking on your cell phone without using a hands-free device can be pretty dangerous. Nevertheless, many of us can’t resist sending that “On my way” text or checking for the latest article from The Saturday Evening Post on Facebook. What you may not know is that even looking at your phone while driving can bring some heavy fines.

California has some of the strictest cell phone laws in the country. They ban any use of a handheld device while driving. Fines for violating these laws range from $20 to $50, but they can also come with hundreds of dollars in court and administrative costs.

Illinois recently passed a law that punishes those who text while driving. Under the new law, texting while driving will earn you a fine as well as a moving violation that could lead to a suspended license.

Currently, 15 states completely ban handheld devices while driving, while 32 additional states make it illegal to text and drive. The National Conference of State Legislatures offers a chart of the laws in each state.

Even still, buying, selling, and smoking weed is still illegal on a federal level. How can you be punished by the federal government by doing something your state government considers legal?

A clause in the U.S. Constitution known as the supremacy clause essentially renders null and void a state constitutional or statutory provision or law that is inconsistent with a treaty or law that is executed by the Federal Government. In short, even if your state says its okay for you to buy and smoke weed, as long as the federal government says it’s illegal, you can still be arrested and punished for it.

Most weed smoking citizens in these states have nothing to fear. The majority of federal enforcement ends up going after the distributors and marijuana dispensaries.

If you dart across the street without being at a designated crosswalk, you just committed a crime. Almost every major city in the United States has a law on the books that prohibits jaywalking.

Many cities disagree on what exactly it means to jaywalk, and some cities are stricter than others when it comes to enforcing these laws. Fines and penalties vary, but if your jaywalking results in an accident, or worse, you could be in a world of legal trouble.

In 2011 Raquel Nelson was convicted of reckless conduct, improperly crossing a roadway, and second-degree murder. Nelson was jaywalking across the street with her three children when an impaired driver struck and killed her 4-year-old son. The driver, who was had been drinking and taking pain killers, was sentenced to five years in prison. Two years later Nelson was cleared of the homicide charge and pleaded guilty to jaywalking.